WWE '13 captures why the Attitude Era was so revered

More than just a wrestling game, WWE '13 is a history lesson.

WWE '13 tells the story of the WWE's Attitude Era, the organization's late-1990s heyday. This thrilling period in wrestling was full of soap opera-worthy storylines and incredible feats. WWE '13 renders both with equal aplomb, courtesy of changes to presentation and mechanics that make matches feel more exciting. It looks and sounds more like wrestling than ever before.

Moreover, WWE '13 uses the Attitude Era as a game design springboard. The unique qualities of the period inform many of the changes in this year's game, which goes beyond delivering nostalgia to teach players about WWE history.

WWE '13 shines in the Attitude Era, but the in-match action supports it with a strong foundation of wrestling gameplay. Simple striking and grappling controls mean that it's easy to make cool stuff happen, even with only a vague idea of the corresponding button combinations. And although the energy bar is hidden from display by default, WWE '13 does a fine job of conveying damage organically. If you work your opponent's legs, he'll eventually begin moving with a limp; if you beat on his face, his head will droop. Those conditions have a material effect on the match, too: Weakening a body part makes it easier to succeed with a submission hold.

it's easy to make cool stuff happen, even with only a vague idea of the corresponding combinations

But you have to know which hold to use. WWE '13 doesn't surface individual commands for particular moves, a poor decision that leaves novices at a disadvantage. No move list is accessible during a match; instead, you have to go into the interface for editing move-sets in order to find out which commands do what. It's an unintuitive workaround, not to mention useless when you're in a match trying to figure out how to pull off a Chokeslam instead of a Tombstone Piledriver. 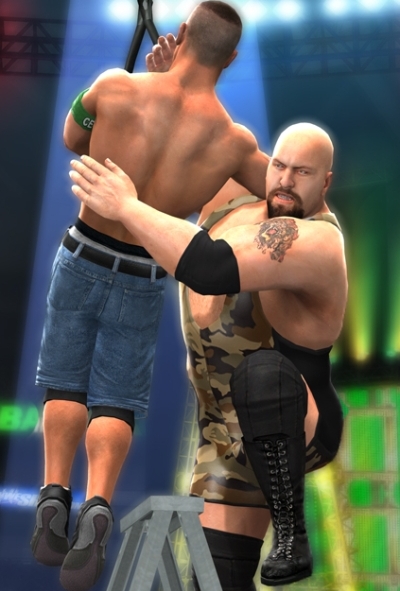 Much of the excitement in WWE '13 bouts comes from a revised mechanic: the heavily reversal-focused combat. Timing-based reversals create an exhilarating back-and-forth; you can even counter an opponent's finisher if you have one stored up. At one point, as the high-flying Shawn Michaels, I leaped off the top rope toward The Undertaker, only to get caught in a Chokeslam. Reversal animations provide a previously unseen fluidity to the action, which is showcased by a broadcast-style panache from cinematic camera cuts.

While reversals make for some stunning moments, they also lead to frustration. AI opponents countered my attacks too easily and too frequently on the default difficulty setting. Switching to Easy offers a wider window for timing reversals and generally makes the game more fun, so that's where I stayed for most of my time.

The reversal mechanic also hurt my WWE '13 online experience. Lag seemed minor until I tried to counter my opponent's attacks; my reversal attempts almost always failed, while most of my opponents' reversals succeeded. It's nearly impossible to win without pulling off counters, so I didn't prevail in a single online match. Whether the fault lay with unhelpful matchmaking, poor netcode or my sub-par skills, online play quickly became a maddening exercise that I didn't want to endure.

But the offline offerings more than make up for my problems with online play. WWE '13's Attitude Era mode showcases a period during which the WWE's charismatic wrestlers were as much entertainers as they were athletes. They also created plenty of now-classic moments within matches. In most cases, winning your contest is all that's required to proceed in the mode, but matches also offer bonus objectives based on the way those bouts actually went down. I love the bonuses for highlighting the wild turns that Attitude Era matches often took; for letting me reminisce and learn about those celebrated moments; and for offering the tangible reward of unlockable content in the form of the period's wrestlers, arenas, title belts and more.

WWE '13 developer Yuke's packages the matches smartly, using text, actual video and audio clips, photos and even a graph to contextualize the Attitude Era within the framework of the Monday Night Wars, in which the WWE (then the WWF) took a backseat to its main competition in the TV ratings. But there are two major drawbacks to WWE '13's use of archive audio: It's jarring to hear the "Federation" in "World Wrestling Federation" and the "F" in "WWF" bleeped out, and the real-life commentary clips from Jim Ross and Jerry Lawler make the canned commentary — which is generic and repetitive — sound poor by contrast.

I haven't followed wrestling for a decade, yet a simulated WWE began to pull me back in

It's worth noting that the Attitude Era mode replaces Road to WrestleMania; I don't mind, but fans of modern wrestling may stick to the WWE Universe mode. Most of the developer's tweaks there — including the ability to edit event cards, create pay-per-views and schedule shows — aren't attention-grabbing changes. But they go a long way toward giving WWE '13 players wider latitude in customizing and playing out whatever kind of WWE they want.

New storylines crafted by longtime wrestling promoter Paul Heyman set the wheels in motion from the start: My created wrestler quickly became entangled in a three-way feud with David Otunga and Brodus Clay, and I actually found myself caring about the story beats and match results. That's saying a lot — I haven't followed wrestling for a decade, yet a simulated WWE began to pull me back in. 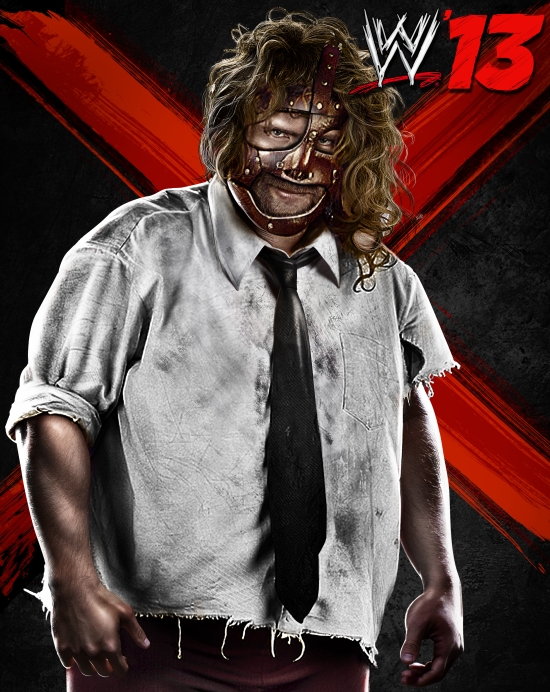 WWE '13 captures why the Attitude Era was so revered

WWE '13 may seem like just another licensed product trading on nostalgia, but it displays an understanding of why the Attitude Era was so revered and unique. WWE '13 lets longtime wrestling lovers reminisce about the WWE's halcyon days and serves as an inspired interactive history lesson for younger or more casual fans. Wrestling may never reach those heights again, but at least we can relive them here.

This review is based on a retail Xbox 360 copy of WWE '13 provided by THQ.