Share All sharing options for: The democratic game design process that birthed Blockolicious

An increasing number of game studios are embracing a "democratic" way of developing games, from Double Fine Productions announcing today that its annual Amnesia Fortnight is now open for public voting to Montreal's Hibernum Creations, a studio that has made studio-wide pitching and voting a fixture of its establishment. And they're all the better for it, according to Hibernum's chief brand officer, Louis Auclair.

Speaking to Polygon, Auclair says that involving the entire studio in the process of pitching, prototyping and voting has two main benefits: it results in a studio that believes in its games and has a greater investment in the projects it works on, and it also means the studio is more likely to develop its own original IP.

"Hibernum has always wanted to push and promote our IPs – we've always wanted to create our own, original intellectual property," Auclair says of the studio, which focuses on making games for mobile devices. "Frederick [Faubert – co-founder of Hibernum] and I have lots of ideas, but we also like to integrate our team's ideas."

"You see them work really hard and do a lot of readings and discussions, so that was really empowering for them"

Auclair says that with 50 developers in the studio, all of whom have at least five years of development experience, involving everyone means they are more likely to come up with original ideas.

Hibernum's democratic gamemaking process functions slightly differently to Double Fine's Amnesia Fortnight, but the concept is the same. According to Double Fine, Amnesia Fortnight runs for two weeks, during which its developers put aside whatever projects they're working on to prototype new games in smaller teams. In previous years these games would be pitched to the studio's president, Tim Schafer, and those selected would get made by the studio. This year is the first year voting is open to the public.

Over at Hibernum, its equivalent of Amnesia Fortnight runs once or twice a year over two months. The studio's developers form their own teams ranging anywhere from three to ten or more. They are then given a few basic requirements, such as whether a game is for mobile or if it needs social elements, if it's targeted at the North American, European or Asian market, if the target audience is male or female and what age group they belong to, and from there they are given carte blanche. The only other requirement is that each team must have at least one game designer so that they can structure and create their pitch. 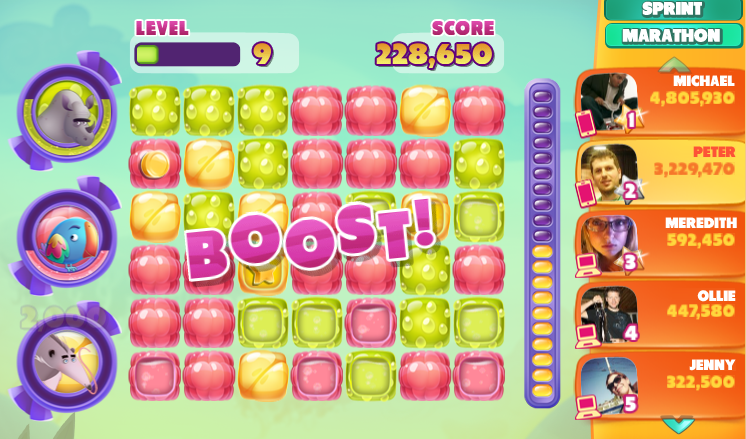 The developers are given two months to concept the game, although instead of setting aside all their current projects to focus only on their pitches, they work on their pitches and prototypes in conjuction with their main projects.

At the end of two months, the studio comes together for a party where everyone presents their ideas and the studio's developers votes for their favorite. This is how the studio's recent release, Blockolicious, was born.

Having worked in big studios where the game development process was much more traditional, Auclair says that the main difference he sees in the ways the games are made is in the execution.

"It makes people care a lot more," he says. "For example, with Blockolicious, the team that pitched the idea was composed of 80 percent of the production team, so in the end they don't only pitch the game but they also have to create it, so that makes them care a lot.

"You see them work really hard and do a lot of readings and discussions, so that was really empowering for them."

Double Fine's Amnesia Fortnight is open for voting now. Blockolicious is playable on Facebook and iOS.