"All gamers are equal." - Iron Ribbon

Iron Ribbon's website is incredibly simple — Spartan, even — with no color, fancy graphics or animation. The site is dedicated to a new initiative that hopes to promote exactly what its tagline preaches: equality. Equality among all gamers regardless of gender, race, age, sexuality or disability. To be accepted. To be welcomed.

Six points sit in the middle of the website, each no longer than a sentence.

"I believe gaming is for everyone," the first point reads — a statement unlikely to be met with resistance. "I believe trash talk and overt trolling using gender/race/sexuality/disability is a form of verbal assault and harassment," the second point reads. This one might be a harder pill to swallow.

The birth of iron ribbon

By day Kym Herbert works for one of Australia's largest telecommunications firms. By night he indulges in a hobby full of pixels, polygons, crosshairs and virtual loot. The two worlds rarely intersect. One day, they did.

"What I was seeing coming through the [behavior reports on the types of devices the Australian people use] is that the next generation of gamers, people who have grown up with gaming from age five (most with casual gamer parents), is going to be like nothing we've ever seen," he tells Polygon.

The reports that came by his desk suggested that not only would the next generation of gamers be the most tech-savvy to date, but with the imminent launch of a National Broadband Network to enable faster download speeds and growing public acceptance of gaming, opportunities that were once unfeasible due to slow internet and an unaccepting public would finally be possible. Opportunities, Herbert thought, like eSports taking off in an unprecedented way.

But just as he began imagining all the doors that could open for eSports, he saw potential for the gaming community to lock itself out.

"That was the problem," he says. "The culture of cyber-bullying and trolling present in current gaming culture is limiting growth of the sport.

The culture of cyber-bullying and trolling present in current gaming culture is limiting growth of the sport.

"In some cases the current gaming culture is openly hostile to new players. All the recent press around some high-profile Twitter and Facebook cyber-bullying incidents are mild in comparison to the type of abuse and harassment that goes on in gaming. To make it worse, this is considered most of the time to be 'just part of the game.'"

Herbert sees this kind of behavior as a roadblock — an obstacle that not only gets in the way of players wanting to join the gaming community and enjoy the experience, but also prevents gaming from reaching the heights it has the potential to reach.

He wanted to build a movement. Iron Ribbon was born.

Supporters of Iron Ribbon are organizations, communities and groups of gamers who all support fair play. 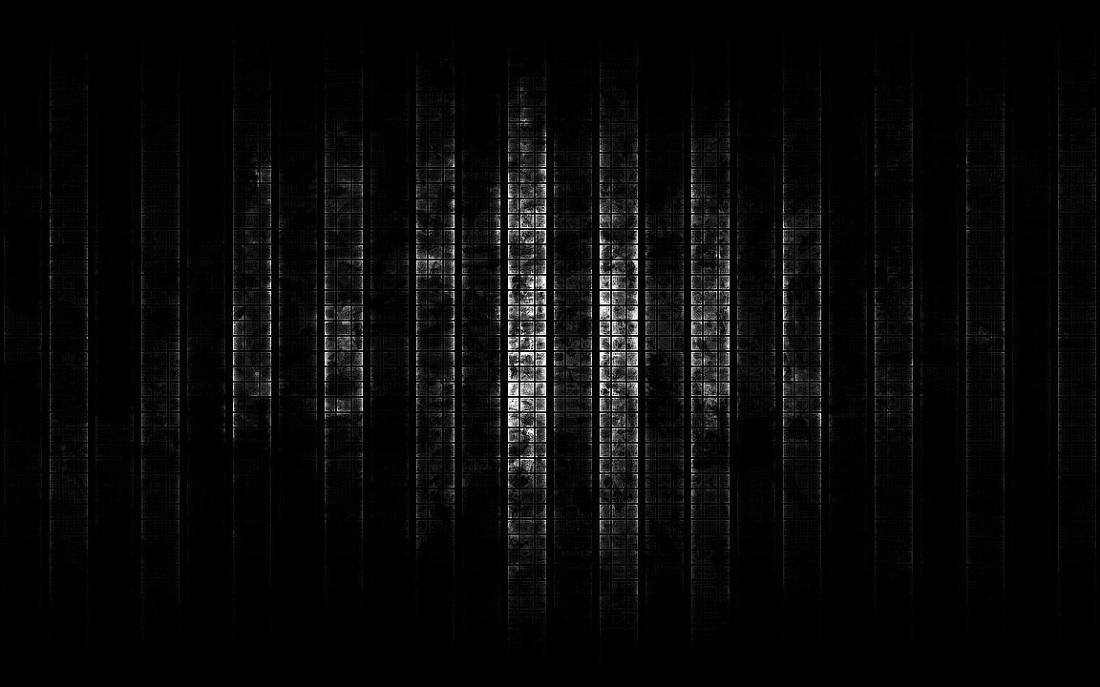 I believe gaming is for everyone.

I believe trash talk and overt trolling using gender / race / sexuality / disability is a form of verbal assault and harassment.

I believe the gaming community can take a stand on this form of abuse.

I believe those who cause harm to others are accountable.

I will not stay silent when observing abuse against my fellow gamers.

I will not cause harm to others myself.

The Problem Isn't Only Skin-Deep 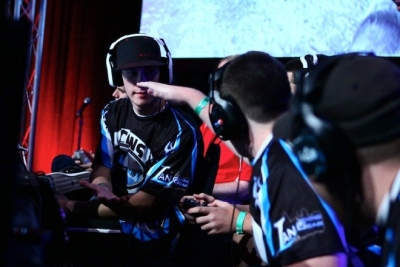 At one point there was no such thing as trash talking.

Jonathan "JayTee" Tiong is the founder and owner of the Sydney Online Gaming Community, an Australian organization that runs local competitive gaming events and tournaments. The Syndey Online Gaming Community was among the first organizations to support Iron Ribbon because, like Iron Ribbon's tagline states, Tiong believes that gaming is for everyone. But he understands that with the level of poor behavior that exists within certain gaming communities, not everyone is going to feel welcome.

"These problems can affect all levels of eSports and online gaming communities," Tiong tells Polygon. "It's especially terrible at the higher levels of management in the communities because there's a trickle-down effect of influence. It really starts to snowball."

Tiong says that one of the most visible problems facing online gaming is trash talking. While it may seem like a superficial and harmless activity, he says that when communities fail to draw a line, trash talking can quickly escalate and become abusive, hurting not only individual gamers but also the wider community.

Tiong believes that trash talking can be done, but it came back to drawing a line. To him, talking about a player's poor performance in a game is fine, and that is where the line should be firmly drawn. Personal insults about a player's appearance, gender, family, race or education is not OK. 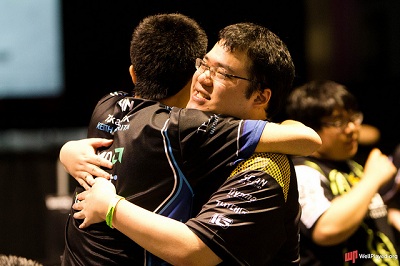 "You're not there to judge people's entire lives based on the scarce moments you spend with them in a game," he says. "You're there to play with them, not to hurt them."

Daniel Grzelak is the CEO of the Gamer Institute, an organization that aims to educate gamers in the field of competitive gaming by connecting players to professionals so that they can push each other to improve. He says that widespread poor player behavior doesn't just affect individuals — it can hold back eSports as a whole.

"Major League Gaming will never reach the status of Major League Baseball while it is plagued by behavior that isn't acceptable in wider society," Grzelak says. "The line that people are crossing isn't blurry — in fact, it's very clear. The litmus test is if Shane Warne or LeBron James were caught saying it or doing it, would they get in trouble?"

With eSports attracting major sponsors, competitions operating with millions of dollars in financial backing and prize money growing year on year, Grzelak says that more and more is at stake. Harassment and abuse isn't just a matter of whether or not one player upsets another player — it's the difference between having sponsorships and being dropped.

For the most part, Grzelak says that sponsors, professional teams and event organizers have no tolerance for behavior that might hurt their brands. "Take one step down to minor events and within minor teams the boy's club mentality rules," he says. "It's a completely different story. This is where the anonymous, pre-pubescent culture is allowed to fester and spread like the flu in a kindergarten."

Steps Toward A Solution

Many gaming communities are taking their own steps to create environments where players new and old feel welcome and included. Earlier this year the fighting game community was rocked by a highly publicized incident where a male fighting game player made incredibly sexist and derogatory comments about a female competitor — comments which were broadcast to the world in Capcom's live stream for its Cross Assault show. While the abuse and harassment only came from one person, the entire fighting game community bore the brunt of the aftermath, leading to accusations of the community fostering and encouraging poor behavior.

This is where many of the community members Polygon spoke to said things are not black and white, and while all admitted that discrimination did exist, it wasn't endemic.

"It would be naive to believe these things don't exist, but it's not been my experience of the fighting game community," says Daniel Chlebowczyk, an active member of the Australian fighting game community who has been involved in events like OzHadou, Couch Warriors and Shadowloo Showdown — events that all endeavor to create welcoming environments for all players.

"Friendly, welcoming and inclusive have been watchwords that come to mind," he says.

"Community groups can take the lead by the kind of conduct they encourage, allow and disallow," he says. "In the (fighting game community), you have an underlying notion of players wanting to earn respect from their peers. Showing intolerance or disrespect to other people will be called out. The in-person nature of the way we prefer to play at events, offline, helps sort a lot of that out."

It's not a Sprint, It's a Marathon

He wants Iron Ribbon to help ... to motivate players to speak up when they see something wrong.

"We have set up Iron Ribbon to be a complete strategy for change," Kym Herbert says. "Although it appears really simple on the outside (deliberately), one of the founding members of Iron Ribbon is also an organizational psychology doctorate student. Together we have based a lot of our approach on methods that are known to be effective."

Herbert tells Polygon that the initiative is looking to influence gaming communities on all fronts: players, teams, groups, sponsors and even retailers. From the bottom up, he wants Iron Ribbon to help break 'the bystander effect', to motivate players to speak up when they see something wrong. From the top down Iron Ribbon is lobbying eSports teams and communities to have a code of conduct and to publicly state their stance on player behavior. This, he believes, will lead to more and more communities leading by example. The initiative has already brought on board eSports teams like Exile5. AVANT, is working with event organizers like the Electronic Sports League and the Sydney Online Gaming Community. And Herbert is tirelessly reaching out to communities to keep pushing for change at all levels.

Herbert is well aware that he may not see results anytime soon. Abuse and discrimination within gaming communities is likely to remain in the weeks, months and probably years to come. But he isn't disheartened.

"Iron Ribbon isn't a sprint, it's a marathon," he says. "We intend on being a permanent feature of the Aussie eSports scene ... as we won't be happy until players can comfortably graduate through the eSports scene without negative social barriers."