Share All sharing options for: Space Heroes Universe: From MMO to cartoon series

Space Heroes Universe is growing up. It's still a massively multiplayer online game for kids. It's still saturated in the bright, bubblegum hues that defined its visual style. And it's still about a safe, virtual environment where both parents and kids can explore an adorable, animated universe. But cuteness and kids aside, it's growing up.

The past 12 months have been an a period of enormous growth for Bubble Gum Interactive, the Australian studio behind the popular kids' MMO. Space Heroes cracked more than one million players only a few months ago — a impressive figure for a start-up from Sydney. It dropped the "Little" from its original name, Little Space Heroes, and its characters grew up (a tiny bit) as a result. Now it's looking to venture into non-gaming territory with its own online cartoon series based on the game's universe.

"In some ways it seems what a lot of those cartoons were doing was blatantly selling card game products."

"We've always wanted to make a story rather than just a game or a book, and we see a story as spread across lots of different media," Gray says. "Stories are really becoming these trans-media iterations where there are games and books and movies and toys and fan-art, and a cartoon has always been something we've had in mind."

Bubble Gum Interactive is currently producing a Space Heroes Universe cartoon series in-house, with each episode being fully animated and running for five to six minutes. Using the universe and storyline already established in the MMO, the developers are expanding on the game's universe by telling the story of how the Space Heroes Academy came to be and how the Space Heroes were called to action to begin with. The developers, who have some experience in television production as well as game development, are pooling their efforts to work on both the cartoon series, which will be released for free through outlets like YouTube, Vimeo and iTunes, and the MMO at the same time. 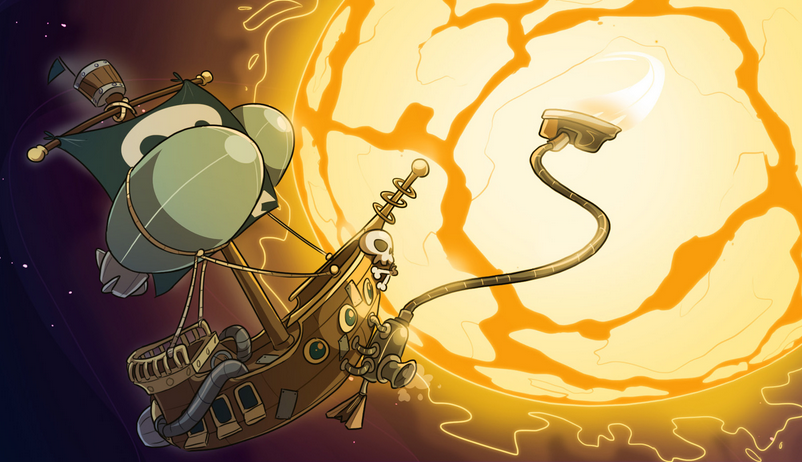 Gray says that developing the game is very different to creating the cartoon series because while they both might be set in the same universe, the two mediums tell stories in very different ways.

"The cartoon in some ways feels much easier because it is linear and you're not requiring input from the player," he says. "Obviously it has to be entertaining, but you just watch it and that's pretty much all you do, whereas with a game it becomes much more of a blend of analytics and story."

Gray says that the process of making an MMO for kids requires a strong focus on metrics and analytics. The developers need to observe what kids like, how they play and then build the game around those findings. It's also about having the story in the background so that players can assume the role of their avatar and be active participants in the game's universe. In comparison, the cartoon series places the story front and center.

"There's a story, there's a setting, there's a reason as to why the characters are where they are."

Gray believes that the Space Heroes cartoon currently in development has been going so smoothly for Bubble Gum Interactive because the game already has a story to tell — the studio doesn't have to try and pluck something from nothing.

"There's a story, there's a setting, there's a reason as to why the characters are where they are, whereas with a lot of other virtual worlds for kids you're kind of just a random creature hanging out and there's no actual story," he says. "You just hang out, make friends, play games and that's kind of it." 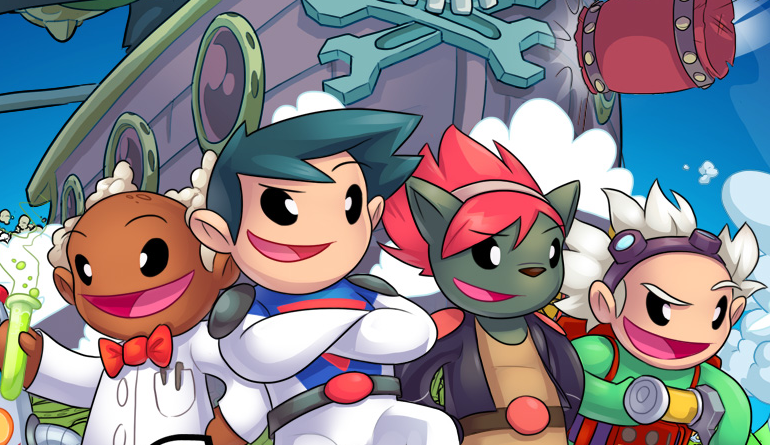 Unlike other virtual worlds for kids, Space Heroes Universe has an over-arching story about the Space Hero Academy and the heroes it trains to defeat the villain Lord Shadowbot. Gray says the studio has looked to a lot of cartoons that have succeeded on the merit on their characters and story to figure out how to bring out the best of the game's characters in a cartoon. They've looked at everything from Scooby-Doo to Thundercats to He-Man through to Ben 10 and Sponge Bob Square Pants. Gray says it's important that they look to cartoons that are standout examples of storytelling just for the sake of storytelling, rather than storytelling for the purpose of selling a product.

"We didn't look so much at things like Yu-Gi-Oh and Bakugan because we didn't want to go down that path," he says. "I remember seeing a Simpsons episode a couple of years ago where they were mocking some sort of Bakugan-type game and the name of the episode in the cartoon was 'How To Play Bakugan', so in some ways it seems what a lot of those cartoons were doing was blatantly selling card game products. We didn't want to go down that path."

The first episode of Space Heroes Universe is expected to release later this year for free to an audience of young and demanding viewers. Maybe, after watching the cartoon, they'll end up playing the MMO. Maybe they won't. For Gray and his team at Bubble Gum Interactive, this is just another way for them to tell a story. Until the first episode is released and they hear from their viewers, they won't know if there will be future episodes. Both Gray and the studio are keeping their fingers crossed. They hope that kids will watch it, like it and come back for more.