Release dates for Halo 4's upcoming War Games map packs have reportedly been outed in an advertisement spotted on the German version of Xbox 360's dashboard, as reported by Halo Council.

All map packs are available with the Halo 4 War Games Season pass. 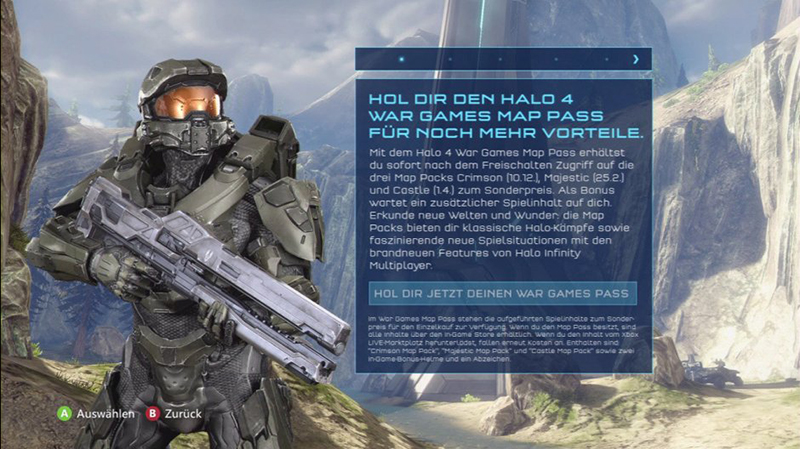