My apartment is located just north of Union Square, on the east side of Manhattan. Since space can be an issue in apartment living, I try to not let gaming overwhelm the rest of the place, which leaves two centralized areas where it all goes down.

It's about here where I must admit my ignorance regarding the details and history of my furniture. I picked up the couch in a sale at ABC Carpet on Broadway and 19th street about 7 years ago. It's probably my favorite piece of furniture. It's shaped like a C, with two long ends on either side, which means I can stretch out on one side but still leave plenty of room for guests.

Are you a collector, developer or super fan with a collection worth sharing on Playgrounds? Let us know at playgrounds@polygon.com! 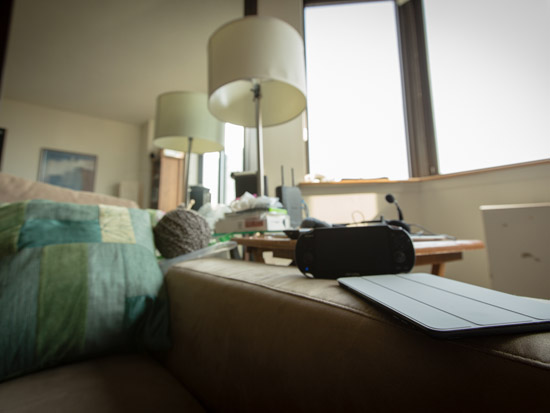 It's here that I do the vast majority of my gaming. I've got a few portable consoles here (the Vita and the iPad Mini are the current focal points of my portable gaming life right now), so I can leave the TV on and zone out to whatever 99 cent addiction has been taking my attention that week.

Currently, Chip Chain and Punch Quest are vying for my attention. 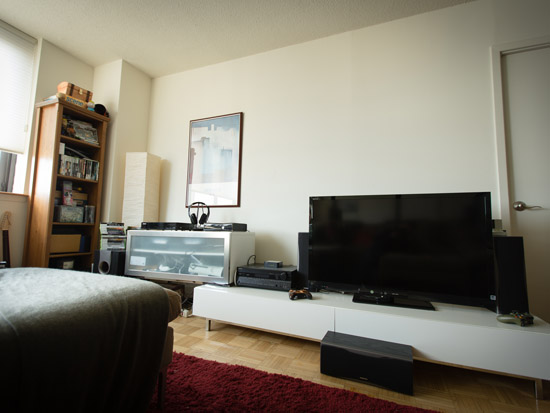 When I am looking for something more substantive, I don't really have to move to switch over to console gaming, since the comfy side of the couch still gives me a great angle on my TV (a Sony Bravia 46'' KDL46EX720 that I bought about a year ago). The TV is resting on a combo cabinet/stand thing I got at Bo Concepts.

It's neat, but the cabinet next to the TV hides a horrific nest of cables 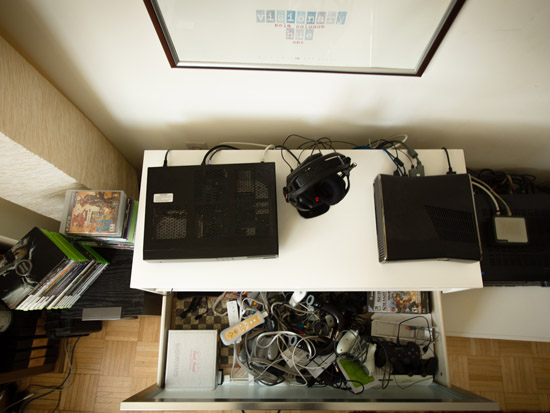 My PS3s (debug and retail) and Wii have been living in that same cabinet for the last few months -- really since Journey -- since I prefer to play multiplatform games on 360 and, well, there haven't been any games for the Wii in about forever.

The headphones are Astro A50s, which I'm terribly fond of. They're the first wireless headphones I've used that I can wear for a few hours and not want to rip my ears off. If you're in the market, definitely check 'em out.

Receiver and speakers are an Onkyo all-in-one pack. I can't recall the model number, but they seem to do the job 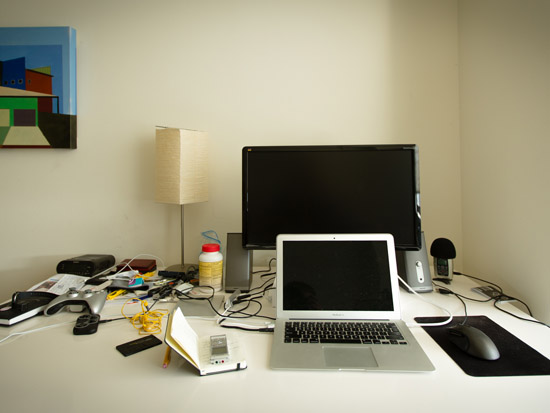 I don't have a gaming PC. All I have is a MacBook Air (13'' from earlier this year). That's how I play computer games. It's great for work but pretty limiting for gaming, causing me to focus on low-spec games that will still run smoothly without the benefit of a dedicated video card. FTL, Spelunky and Binding of Isaac have probably gotten the most play, though I do boot up Fallout 1 and 2 from time to time.

My mouse is a Razer Imperator, the speakers are BOSE Companion Series 2. 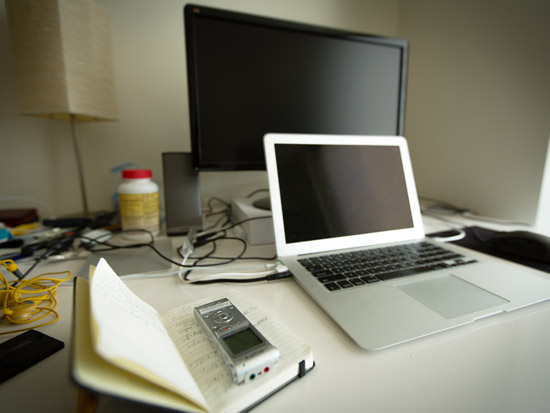 Lastly, and not really game-related are my two most valuable tools as a journalist: A voice recorder and my notepad. The recorder is a Sony CD-UX512 and the notebook is a Moleskin small, hardcover (of which I have many). You may also notice the mic in the far right corner of my desk. That's the H2 Zoom I use when we record the Besties podcast. 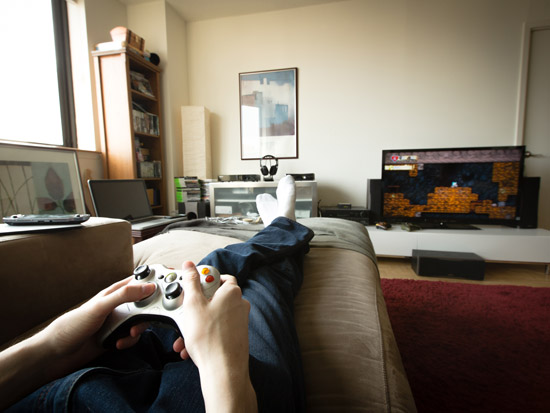 And that's pretty much it, your brief look into the gaming life of Frushtick. I hope you found it dark and unsettling.
Editor markup for Playgrounds: Russ Frushtick. This is only visible in the story editor.