PlanetSide 2 players will soon have a mammoth transport vehicle: the Bastion fleet carrier, according to a tweet from Sony Online Entertainment president John Smedley.

"People keep asking for Galaxies to carry tanks," he said, referring to an existing air transport vehicle. The tweet included a piece of concept art for the massive Bastion, showing it off from a variety of angles; you can see the image below.

"Bah," Smedley concluded, as if to point out that the Bastion will silence those players' requests.

PlanetSide 2 senior art director Tramell Ray Isaac, responding to a fan asking what the Bastion was, said on Twitter that the hulking unit is "a sign of things to come."

PlanetSide 2 launched last week on PC. For more, check out our piece on the MMO's past, present and future. 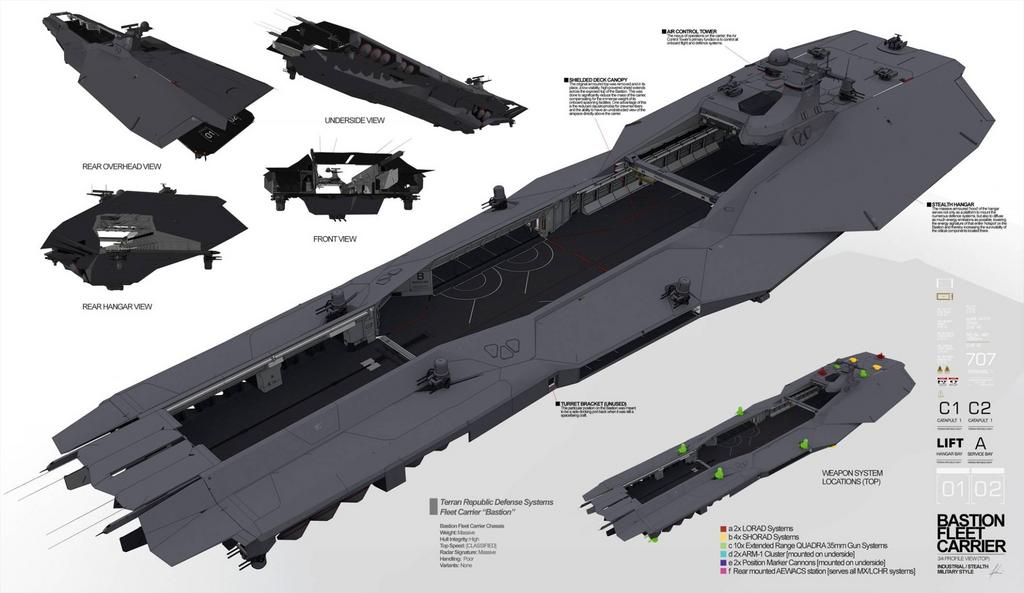