The team will continue to release details "every Caturday from now"

Team Meat has posted art for two of the five characters silhouetted in the first teaser for their upcoming game, Mew-Genics.

The team will continue to release details "every Caturday from now" until the game has been fully revealed, according to the post. Mr. Tinkles was revealed last week via Twitter, but Dr. Beanies is a new face.

Few details are currently known about the cat-involved game. During Team Meat's initial reveal post, designer Edmund McMillen called it "by far the strangest project I've ever worked on." 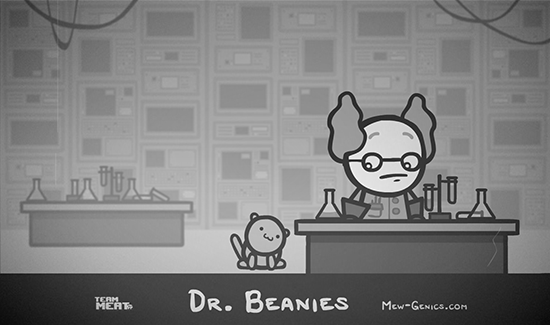