Paper Mario: Sticker Star is a flawed, offbeat, and endearing

Paper Mario: Sticker Star is the first game in the series with play that's as distinct as its papercraft appearance.

The Paper Mario series has benefited from its unique visual style and clever writing, but it's always fallen back on relatively safe gameplay. The turn-based battles of the first two games were fast-paced, but the mechanics weren't a huge stretch from any other Japanese RPG. And 2007's Super Paper Mario was, for all intents and purposes, a straight-up platformer — albeit a platformer with some surprising gimmicks. 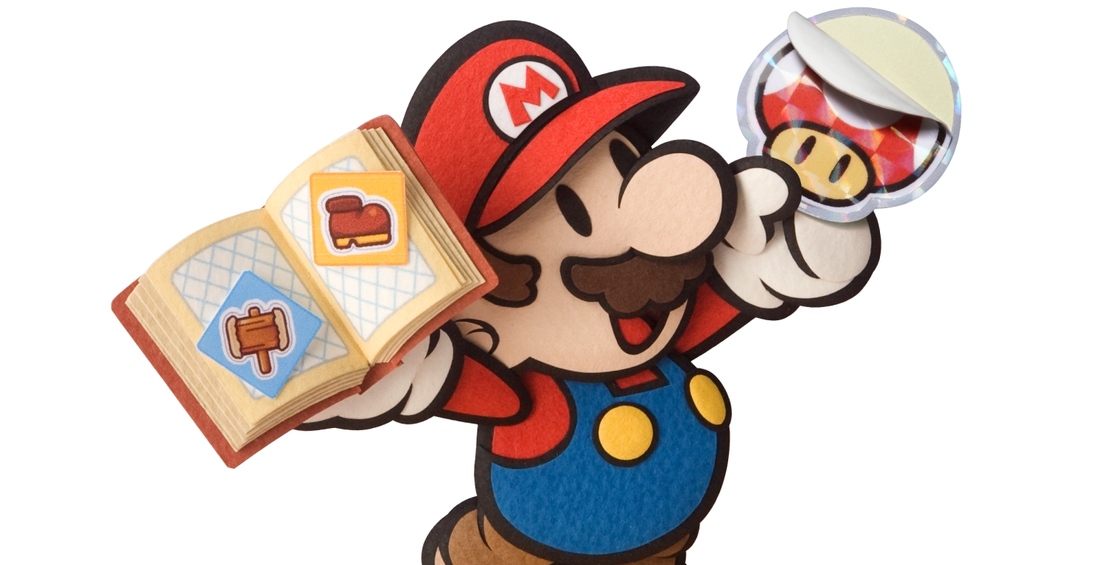 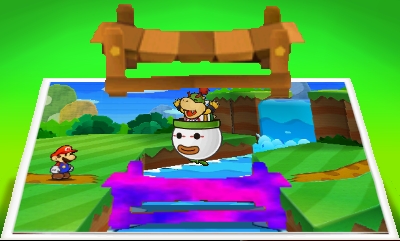 Stop me if you've heard this one: Paper Mario: Sticker Star kicks off with a kidnapping. A Mushroom Kingdom festival is interrupted by a super-powered Bowser, and Princess Peach is taken. Mario is the only plumber in the land capable of mounting a rescue effort. Aside from its parade of classic Mario villain cameos, Sticker Star's plot doesn't have any surprising twists or turns, and the dialogue doesn't have the the laugh-out-loud hilarity that was present in the Mario & Luigi series of handheld RPGs.

Sticker Star focuses instead on weird new mechanics. The turn-based combat of previous Paper Mario games has been modified to make use of the titular sticker system. Rather than choosing from a menu of attack options, Mario collects stickers representing each move, from the classic foot stomp to fire and ice flowers to HP-recovering mushrooms. 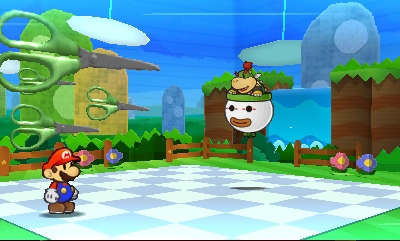 Mario's sticker book space is limited, but using a sticker once consumes it. As your collection grows, the game becomes a test of resource management, with each battle serving as a puzzle you must get through in the least amount of moves possible. Each encounter forces you to make difficult decisions about which stickers to use and which to save up for the next boss fight. This setup enhances the tension of the MP/mana management of other RPGs, since you cannot attack, defend, or do anything besides run away without stickers.

Sticker Star's combat system entertained me despite its simplicity. There's a literal rhythm to it, as you must tap ‘A' to power up your attacks and defend against enemies. Battles also employ a sensible, satisfying logic. If you jump on an enemy who's wearing a helmet, your attack won't do any damage. Swing a hammer at a bad guy who's holding out a spear, and you'll take a hit before you can harm him. It engages players like few other RPGs, both with the active element of combat and the strategy of picking out the right stickers for each foe. 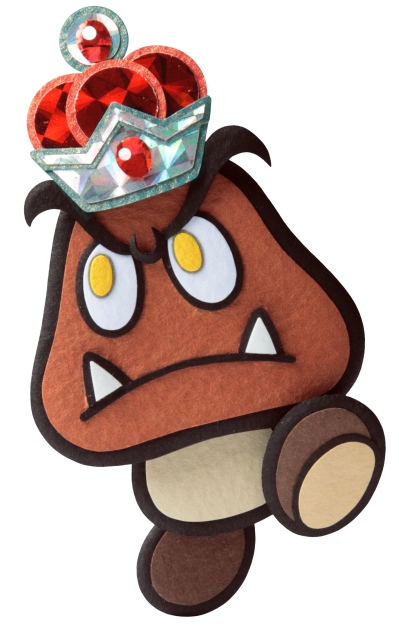 Fear of running out of viable combat options drives Sticker Star's other strength: exploration. The world is split into a series of mostly linear levels, but each locale is packed with secrets. Stickers are plastered across every wall waiting to be peeled off, and hidden doors lead to items that can be turned into even more powerful stickers. Even pieces of scenery can be placed into your sticker book and transferred to a new location or rotated to help you find the path forward.

Sticker Star rewards exploration in a very direct way. The game has done away with experience points and leveling up, so you'll also increase your maximum HP by completing sidequests and finding bonus hearts in out-of-the-way locations. Being thorough as you wind your way through lengthy levels will ensure that your sticker collection doesn't run low. The game builds a satisfying loop out of burning through stickers in combat and refreshing them as you explore.

Every screen presents an abundance of possibilities for secrets

Part of the reason exploration feels so good is that Paper Mario: Sticker Star gives you so many ways to interact with the world. You can jump on stuff and perform basic platforming. You can hammer the ground or walls to expose hidden passages. You can "paperize" the world, temporarily flattening it to allow you to use stickers to influence the environment. Every new screen presents an abundance of possibilities for cool secrets, and almost all of them pay off.

In a few instances, the focus on exploration hinders Sticker Star's pacing. The game sometimes goes overboard with its expectation of how much you'll scour each environment. The worst offender is a haunted mansion that would be a great level if not for the fact that you can't move on until you've found a dozen or so ghosts in devious hiding spots. You must perform the equivalent of an old-school pixel hunt across every room of the mansion.

Obscure requirements cause problems elsewhere in Sticker Star. "Thing" stickers — real world items such as baseball bats, fans and radiators — are generally used to solve environmental puzzles. For example, if a big pool of lava is blocking your path, you can slap down an air conditioner sticker to freeze it.

Boss battles also become more dependent on these item-based solutions. An ink-spewing squid at the end of one area is nearly impossible to beat if you don't bring along a sponge sticker to soak up its attacks. Mixing combat and puzzles is a problem because it happens without warning and without a way to call up new stickers during the fight. If you enter a boss battle without the single specific sticker needed for victory, you might as well reset the game and try again. At least "Thing" stickers can be purchased in the town hub and replaced in your book after you've used them, so it's not difficult to prepare once you know which sticker is needed. 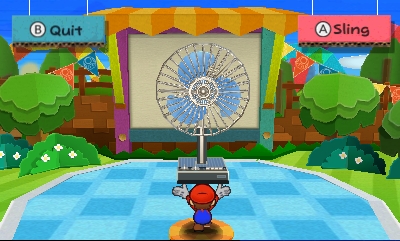 Paper Mario: Sticker Star's few problems are written into its very structure as an amalgam of genres. If you go in expecting an RPG, you're apt to be disappointed by simplified battles and stats. If you're in it for the puzzle solving, the frequent combat breaks may get on your nerves. But if you can accept those conditions, Sticker Star has something special buried beneath its covers. Nintendo tends toward smooth, straight-forward design, but Sticker Star is the opposite of that. It's a flawed, offbeat, endearing little game.