Share All sharing options for: Mass Effect 3 Omega DLC throws Shepard into battle with a biotic and female Turian

Aria is going back to Omega. And she's dragging you along with her, Shepard.

The asteroid station Omega, home to refugee criminals and anarchists for thousands of years, is under blockade by paramilitary group Cerberus. Supply ships cannot get through, and for those still on Omega starvation is imminent. Everything is quiet — the lights are gone, the music dead. For breaking its pact of neutrality, Cerberus is preparing to launch an attack on Omega, one that will break its shields and take the asteroid colony down.

Infiltrate and take down the blockade, says Aria. Easier said than done.

The Omega downloadable content pack is the largest single-player add-on for Mass Effect 3, and double the size of Leviathan, according to franchise producer Mike Gamble. It adds the same amount of content Retaliation brought to multiplayer, and brings back Aria T'Loak, the "Pirate Queen" of Omega, in a race to save the colony from annihilation. Aria wants to do things her way, and only Shepard can accompany the asari on this mission; no other existing squad members can be brought into the mission. 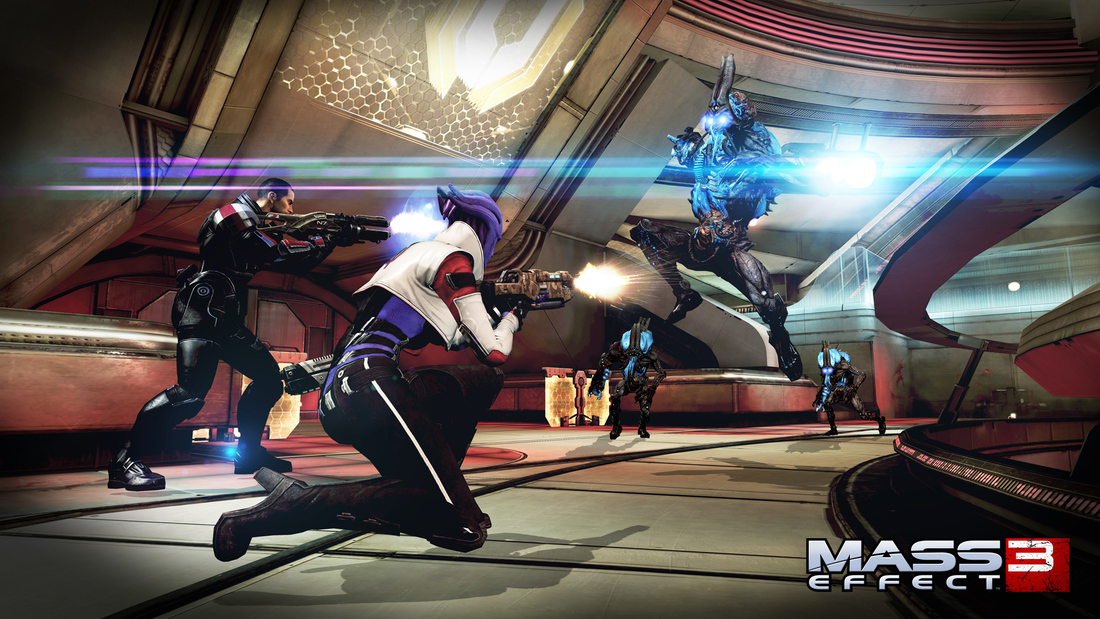 "Omega has always been a pretty significant place in our universe," Gamble told Polygon. "In Mass Effect 2, it worked as a great counterpoint to the Citadel. The Citadel is represented with clean lines, bright colors and represents a place of law and order. Omega has always been the opposite. On Omega, order is kept through power, and we wanted to see where Omega was at during the Reaper war.

"Aria has always been a huge fan favorite, too," he added. "Whether players love her or hate her, she's extremely principled. She's also an enemy of Cerberus, so it's fun to explore the uneasy alliance that Shepard has with her."

Players can pick up Omega in the game's storyline after the Palaven's moon mission and anytime before beginning the final series of missions by speaking to Aria in the Citadel. Aria, the "galactic badass" Gamble calls her, guides you through Omega, a silent shell of what the area has been in previous games.

And then there is Nyreen: the female Turian and a "frenemy" from Aria's past. 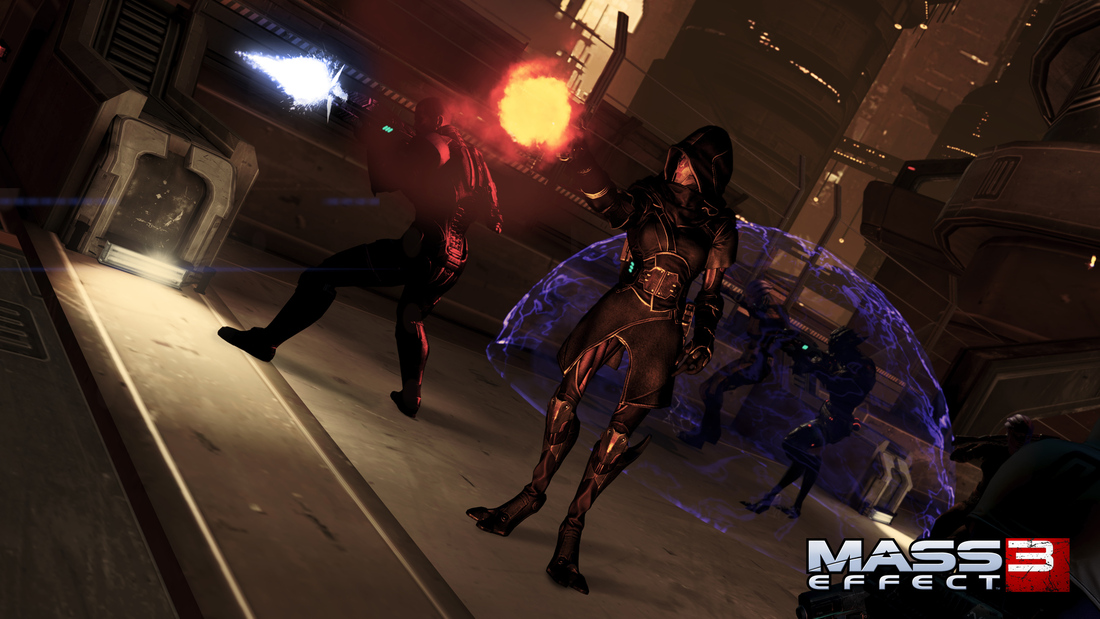 "Generally, I think fans have always wanted to see all genders of the various species in the Mass Effect universe, the turians being one of them," said Gamble of Nyreen. "She has a previous relationship with Aria that comes out at different points in the story. It gives the player the opportunity to see that things aren't always as black-and-white as Aria likes to present and that sacrifice and choice is still an important theme to us."

Aria and Nyreen complement Shepard in combat. As one of the more powerful biotics in the game, Aria packs major punches with Flare, a bionic explosion, and several attacks available for her in multiplayer mode — including Reave, Lash and Carnage. Nyreen is a turian sentinel, which is a rarity as turians almost never display biotic abilities. Nyreen can create shields and protective bubbles that can deflect a hefty amount of damage. She also has access to grenades, and a powerful Incinerate attack. 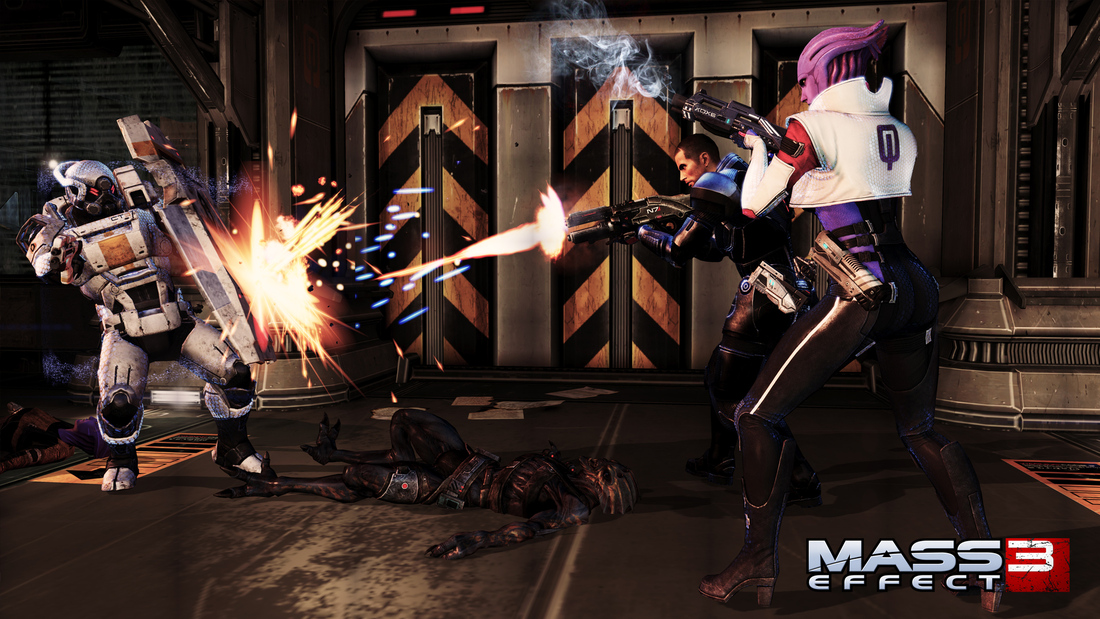 These heavy-hitting attacks will be useful against the DLC's new enemy: the Rampart Mech, a crowd control cyborg used to keep Omega's population in check. They will run up on you, flank you, attack indiscriminately and are extremely deadly in groups. Getting overwhelmed is easy, so prepare to call up Aria and Nyreen's biotic abilities when you're stuck. Once a Rampart is down, however, it will emit a crackling energy that will damage characters that move near it, making these mechs as deadly post-mortem as they are in motion.

Omega brings new loot to collect as well as two new weapons. Players can now find the N7 Valkyrie assault rifle and the special Chakram Launcher, a cross-promotional weapon given to players who played a demo for Kingdoms of Amalur: Reckoning.

Omega will be available on Nov. 27 across all platforms, clocking in around two hours and taking up 2 GB of memory. Gamble says that BioWare Edmonton and Montreal are currently working on more downloadable content for Mass Effect 3, to be announced soon.