MGS 4 may be getting a special edition

By Samit Sarkar@SamitSarkar Nov 7, 2012, 9:45am EST
Source zavvi and ShopTo | Via Eurogamer

A "25th Anniversary Edition" of Metal Gear Solid 4: Guns of the Patriots may be coming to the U.K., according to listings at retailers Zavvi and ShopTo, as spotted by Eurogamer.

The purported re-release features box art that's vastly different from the original game's cover, and not just because it sports a Metal Gear 25th anniversary logo. Both ShopTo and Zavvi list the game for a Nov. 30 release in the U.K. No other details on the package are available at this time, so there's no word on what kind of bonus content it might include, if any.

Metal Gear Solid 4 originally launched in June 2008 exclusively on PlayStation 3. Konami did not release any downloadable content for it, but put out a patch this past August adding PlayStation Network Trophies to the game. Konami kicked off the Metal Gear franchise's 25th anniversary celebration earlier this year by announcing the next game in the series, Metal Gear Solid: Ground Zeroes, just before PAX Prime.

We've reached out to Konami for more details, and will update this article with any information we receive. In the meantime, you can check out the 25th Anniversary Edition's box art below. 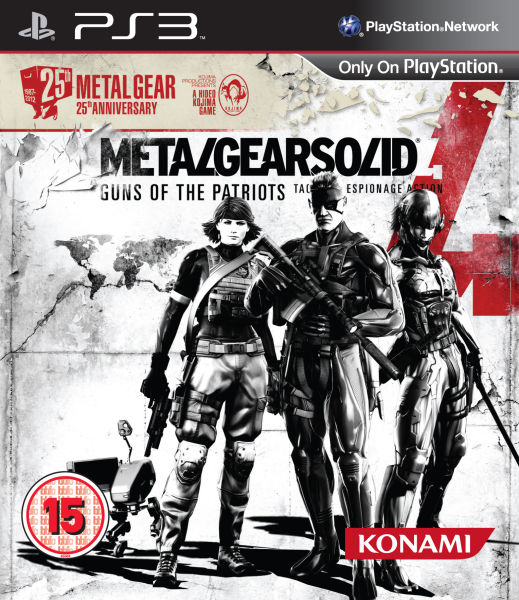