The game's developers at Rockstar Games will implement the protagonists in a "groundbreaking way," according to Game Informer, and the setting of Los Santos — the developers' version of Los Angeles — is "the biggest open world Rockstar has created to date."

The December issue of Game Informer, which features an 18-page cover story on Grand Theft Auto 5, will reach subscribers in the next two weeks. The digital version of the issue will go live at approximately 3 p.m. ET today; it will be available on PC, Mac, iPad and Android.

The environment includes wine country, open wilderness areas and beachfronts, as well as a military base and suburbs. The ocean floor along the coast of Los Santos will also be explorable with scuba gear.

Game Informer also provided details on the game's three protagonists: Michael, Trevor and Franklin. Michael is a retired bank robber living a life of privilege due to a deal cut with the FBI. He has a strained relationship with his family, who are quickly draining him of his earnings. Psychopath Trevor is a longtime friend of Michael's, drugged out and violent. Franklin is a car snatcher, repossessing vehicles on behalf of his boss.

Each character has unique skills and extracurricular mini-game activities for players to take part in. Players can always switch between them to utilize their special skill sets, and when they are not in use go about their daily in-game life.

Unlike some previous Grand Theft Auto installments, GTA 5 does not feature a celebrity voice cast. In moving into the high-definition era of game graphics, the team wanted to focus on creating lifelike, believable characters over netting famous talent.

Grand Theft Auto 5 is set for release on PlayStation 3 and Xbox 360 in spring 2013. More details on the game are available in the December issue of Game Informer. 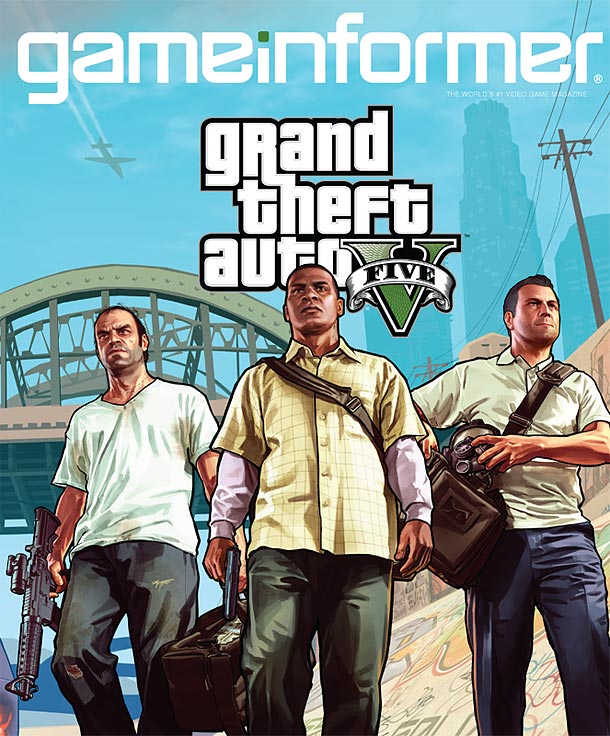