Aliens: Colonial Marines is a trip down memory lane

Share All sharing options for: Aliens: Colonial Marines is a trip down memory lane

Gearbox Software's Aliens: Colonial Marines may be a canon sequel to a 1980s science-fiction thriller, but that doesn't mean it's something only fans of James Cameron's Aliens can enjoy.

Last week I got a chance to run through a single-player segment of the game, a playable version of footage shown at New York Comic Con in October, in which the team of colonial marines picks through the ruins of the Operations base on planet LV-426. The environment is littered with subtle references to the Aliens films — including the appearance of a certain ship from this summer's Promethesus — tiny details that those unfamiliar with the franchise may not pick up on.

Running through the abandoned, frigid-looking environment of the wrecked colony is eerie. Players will be directed through destroyed areas, where furniture is thrown against walls and old equipment broken and scattered. Aliens fans will recognize where they are immediately; new players won't pick up on these easter eggs but may find the experience chilling nonetheless. 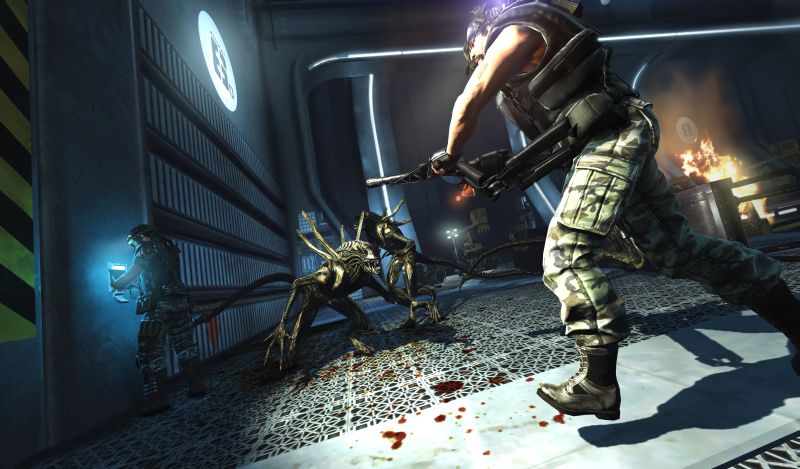 "You don't need any knowledge of the Aliens films in order to play the game," senior producer Brian Burleson told Polygon. "You definitely get a different sense of enjoyment if you've seen the films, because [in the game] there are tons of small details from the films that mean something. But if you haven't seen them, you're experiencing these things for the first time just like these marines are."

All is quiet in the halls until a sudden flip of the switch calls a horde of aliens out from the woodwork, and then it's time to shoot. There's a wide variety of weaponry at players' disposal, and new guns can be picked up by searching the abandoned compound. The heavier single-blast guns are the most effective against the xenomorphs, which attack with a combination of acid-spitting and tail-whipping. While getting slapped by some xenomorph tail will knock down your health a bit, a glob of acid to the face will kill you completely, forcing you to respawn at the last checkpoint. These aliens move fast, so taking them out as soon as possible requires constant vigilance and a full clip at all times. 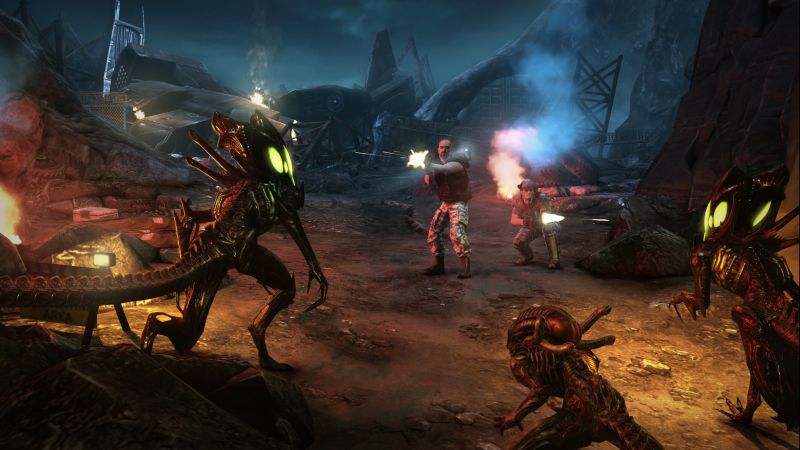 Something that differs among the Aliens films, most notably the first Aliens and Prometheus, is the way they represent and use technology. The tech gap between the two is nearly 30 years wide, and Gearbox reconciles this gap by labeling these technologies for military usage.

"The new movies allowed the creators to do some more fascinating things with their tech," Burleson said, "so when you come on those [newer] areas in the game they will have that new technology. But the military uses things that are sturdy; caterpillar cranes and bulldozers don't need touchpads. Aliens takes place on a mining ship, so they only need this very basic technology."

Burleson said that all content cannot be accessed by completing single-player alone. Players who want more weapons and other goodies will have to delve into multiplayer to unlock more content. All weapons and equipment can be used in both single and multiplayer as part of the game's unified upgrade system.

"Some other games draw a line between single and multiplayer, which is lame, so no matter what mode you love playing you can use what you get in both modes," he said. "If you get higher level gear in multiplayer, you can go back and play the main campaign very differently with those more powerful weapons." 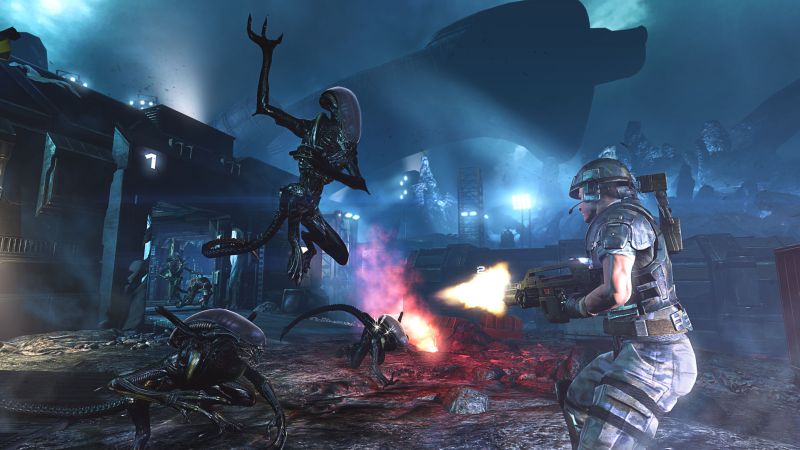 As for downloadable content, Burleson said the game's systems were developed with the idea of accommodating additional content in the future. But what that content is — maps, costume skins or weapons — Gearbox has not decided.

"With a franchise like this, there's a lot of different things you can do," he said. "There's a lot to explore, and we're hoping to do all kinds of cool stuff."

Sega currently has another Aliens game in development at UK-based The Creative Assembly.