Why do you want to go back to Skyrim?

Are you hoping that the new mini-expansion "Dragonborn" will provide you with dozens of new mythical nooks and crannies to explore? Well, you'll find them. Are you hoping for a grand journey through an unbelievable fantasy realm? You'll have it. Want some new powers? You'll gain them.

But if you're hoping for an experience that's evolved in the year or so since you left Skyrim, you're going to find yourself wanting. "Dragonborn" stands with some of the best Skyrim has to offer, but it doesn't necessarily stand apart.

I was thrown into this latest adventure by a group of cultists who attempted to off me for "falsely" claiming to be the human/dragon hybrid known as the Dragonborn. It's a shame they didn't stop to check my ID with the denizens of the land — many of whom have seen me eat a dragon's soul whole — because they might have been saved the indignity of being murdered.

Conveniently, one of their corpses includes their marching orders, the beginning of a trail of clues that leads east off of Skyrim and to the island of Solstheim. If you played The Elder Scrolls 3: Morrowind expansion pack "Bloodmoon," this should be familiar territory. 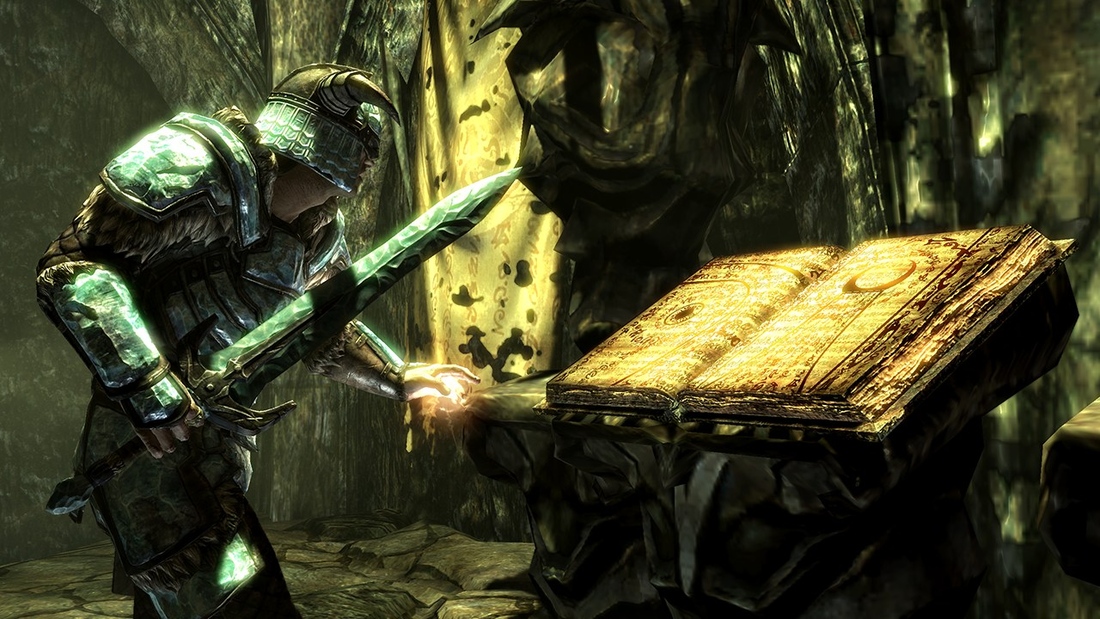 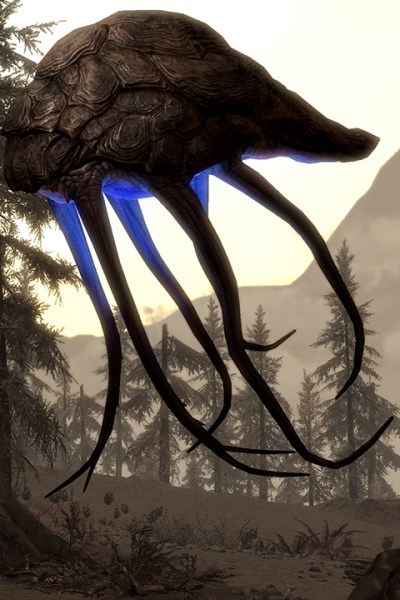 The would-be assailants work for a guy named Miraak, a real average joe, salt-of-the-earth type who just happens to be the first Dragonborn. He possesses almost limitless power and is, it would seem, unkillable. Other than that though: Total pushover.

The only good thing about hunting Miraak is that his trail will lead you into Apocrypha, a plane of Oblivion that's unlike anything you've experienced in Skyrim.

Journeys to Apocrypha are the highlight of "Dragonborn." These gothic nightmares are terrifying to take in — twisting, infinite, sprawling stacks of books and what appear to be human remains. They also shift frequently, playing with perception and structure to make for a more disorienting experience than I'm used to Skyrim dungeons providing. There's no sprinting toward the objective marker here; you're going to want to take it all in.

"Dragonborn" lacks the inspiration that would make it essential

Most of "Dragonborn's" other bulletpoints feel like just that: bulletpoints. There's a lot more to do here if you're not sated by the 100-plus hours of game on the disc, but "Dragonborn" lacks the inspiration that would make this an essential experience.

Take the gear for example. There are loads of weapons and armor throughout Solstheim, but I've got a sword that was made by a god or is a god or something, and my armor is, I don't know, dragon foreskins or whatever. The point is, it's really good gear. It's so good, in fact, that poking around looking for more seems pretty pointless. No random drops came close to the gear I brought over from Skyrim, and I ended "Dragonborn" using the exact same equipment I started with.

A similar problem plagues dungeon exploration in "Dragonborn." The primary challenge is still killing waves of demons and evil-doers, but that's not particularly challenging for a guy who has eaten dozens of dragons and turned their bones into a nightstand. When "Dragonborn" does provide a challenge from random undead foe, it's narratively ridiculous for the same reason (see: me eating dragons).

I'm not sure how Bethesda could have gone about creating a compelling challenge for my demigod, but I know they didn't in "Dragonborn."

Whether or not you enjoyed previous add-on "Dawnguard," it justified its own existence. A journey into the underworld of Skyrim as you become a horrifying vampire lord? It may not have played as well, but at least it was different. "Dragonborn" is better constructed but lacks its predecessor's novelty.

There are new dragon shouts to master and some of the dungeons have slightly more robust puzzle solving than <em>Skyrim</em>'s. Both are welcome but far from can't-miss features. Other than the journeys into Apocrypha, there's nothing in "Dragonborn" that I'm going to insist my Skyrim-loving friends have to see.

It's certainly not the ability to ride dragons. The winged beasts aren't under the player's direct control, which turns a potentially exciting addition into such a let-down as to almost make it a negative feature. You can hurl spells at auto-targeted enemies and order your dragon to attack or land, and that's where it ends. 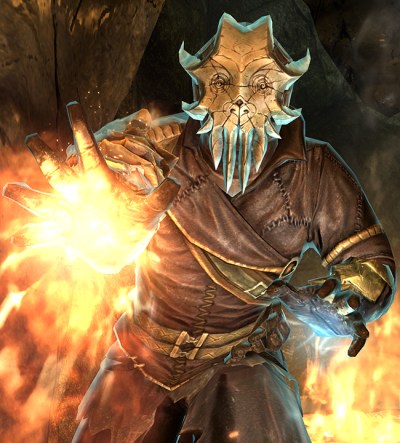 Getting back into a game like Skyrim after an extended absence is something of a toll itself. You have to relearn systems, try to remember what gear you were using, what power set, etc. While "Dragonborn" is certainly a worthy addition to what I consider one of the best games of last year, the rewards don't justify a return trip for an adventurer who's already moved on.

But if you've kept in touch with your Dovahkiin, if you've explored every crevice of Skyrim and are just looking for one more adventure, you're not going to be disappointed with what awaits you in Solstheim.