The Respawnables is a bit of an anomaly in Zynga's portfolio. Developed by Barcelona-based studio Digital Legends and released by Zynga as part of the Zynga Partners initiative, the third-person shooter is unlike anything the social game giant has ever released. It's twitchier than most Zynga games. It's a world apart from the likes of FarmVille 2, CityVille, Zynga Poker or Slots. It appears to be targeting a completely different audience. And that's because it is, according to Digital Legends CEO Xavier Carrillo Costas.

In an interview with Polygon, Costas says it's not so surprising that a company like Zynga is collaborating with studios that develop games different to what it is known for.

"We've been in the industry for a while so we know that change is inherent to the industry," Costas says. "The companies that will be around in the long run are companies that anticipate change and embrace change. So the partnership with Zynga went very naturally for us." 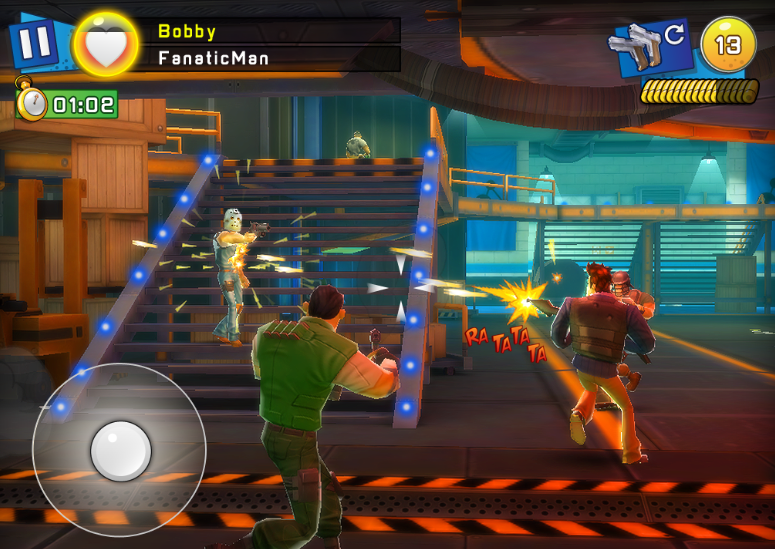 The change that Digital Legends is bringing to Zynga is in the form of The Respawnables: a jovial military shooter with both single-player and multiplayer modes that is playable on iOS devices. It's an intense, fast-paced game that draws inspiration from Quake — it's multiplayer matches are fast and can be over in a matter of minutes, while its single-player campaign lasts hours.

The studio was responsible for the iOS version of Battlefield: Bad Company 2, a game that shot to number one worldwide after its release, and it believes that despite the dominance of casual social games on the mobile market, players are now ready for something twitchier and more hardcore.

"We've seen the market mature over the last six to nine months and I think we have two drivers there," Costas says. "One is that that the population that plays games on mobile phones and tablets is really demanding something more now. The market is saturated with puzzle games and now they want a deeper experience.

Part of the challenge for Digital Legends was to ensure that the game wasn't so hardcore that it isolated newer, less-experienced players, but it also wasn't so casual that it didn't present a challenge to existing players. Costas says the studio conducted focus group after focus group and iterated again and again to ensure that they weren't slanting too far in one direction or the other. 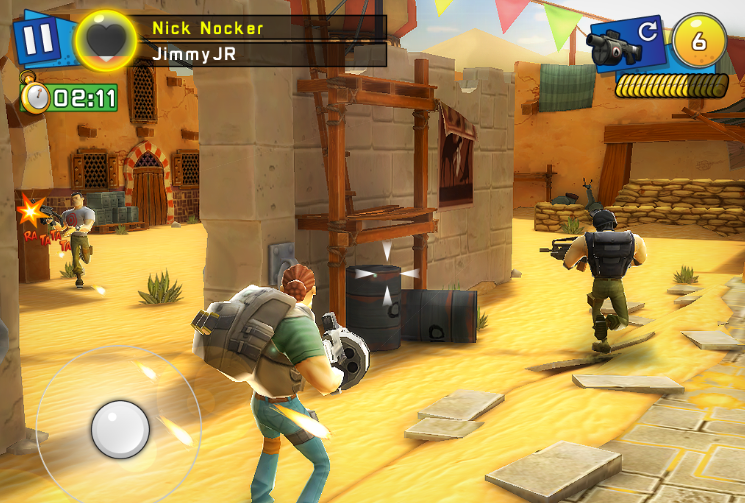 He explains that early on in development the studio almost over-compensated in its quest for a more casual game by taking away the game's Y-axis. Players could aim and shoot from left to right but there was no way to move up or down. The developers had initially thought that this would make the game easier and thus more casual, but player feedback from those both casual and experienced told them that this made it awkward and frustrating to play. So rather than implement measures that compromised the experience, Digital Legends opted for mechanics that assisted casual players while removing frustration, such as auto-aiming and comical player deaths so even when a player is "killed", the impact is humorous rather than serious.

Costas believes The Respawnables has the depth to attract more hardcore players and the controls have been simplified enough that newer players won't feel intimidated. The game is out now on the iTunes App Store and is coming soon to Google Play.