Share All sharing options for: Guild Wars 2 winter holiday events made to be more accessible, adapted to in-game lore

ArenaNet will turn Guild Wars 2 into a winter wonderland for the holiday season, complete with holiday-themed activities and visitation from an alien Santa-like figure, the development team shared in a recent press call detailing the events.

The Wintersday holiday event will go live on Dec. 14 and run through Jan. 3, giving Guild Wars 2 players ample time to try their hand at a number of thematic games and collect parts to build special items. The difference in lore and primary content between Guild Wars 2 and its predecessor has made developing this year's events a different sort of challenge, according to principal designer Anthony Ordon.

"We're dealing with a wide open world now, which gives a lot of cool opportunities but also presents a challenge whenever you're trying to add something to the game that's big enough to be seen everywhere," Ordon told Polygon. "We wanted the event to feel like it's part of the world and not just an instance. We've come a long ways with our tech and that greatly enhances both the variety and the scope of what we're able to accomplish in a single update." 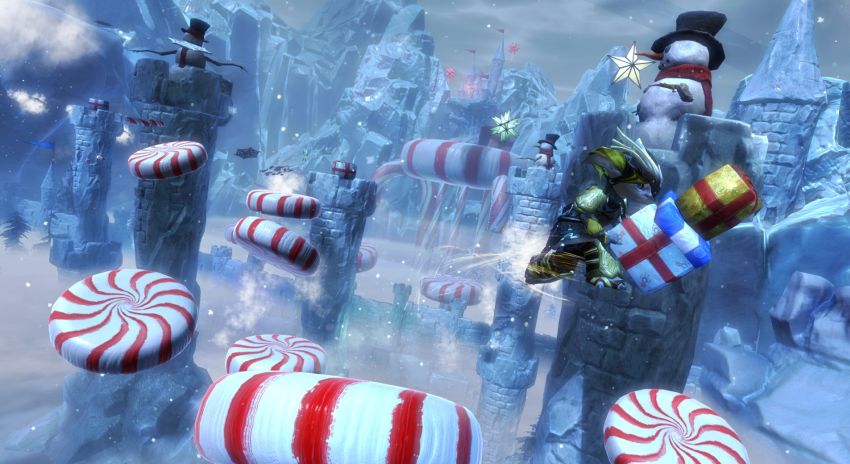 For Guild Wars 2's previous holiday events at Halloween, the development team was aiming to make the holiday feel "mysterious and discoverable." Some players adapted well to the content, but for some the "discoverable" content was less accessible. This time around Ordon and his team have taken every measure to make sure players are aware of what content is available and where to get it.

In creating the Wintersday events, Ordon said that the team felt the theme of the original Guild Wars holiday was out of place in the sequel; the human-centric holiday origins of first game carries less significance since the old gods Dwayna and Grent are absent from Guild Wars 2.

"We tried to consider what would happen to a holiday that gets subjected to 250 years of influence from other races, cultures, and religions," Ordon explained. "It didn't take us long to conjure the idea of a toymaker who gets himself into trouble while trying to upstage the entire holiday with his creations." 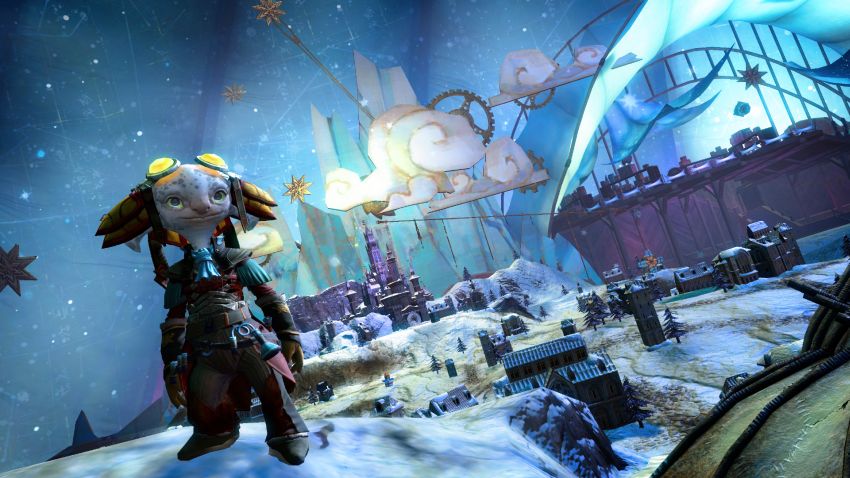 Alien craftsman Tixx the Toymaker, the Santa Claus of Guild Wars 2, and his spaceship toy shop will make the rounds visiting each major area. Tixx is an asura, a race of genius inventors who tend to isolate themselves from society and get wrapped up in their work as they get older. Ordon feels Tixx makes sense in the content of Guild Wars 2's story.

"So here's this inventor that nobody's heard from in years, and suddenly he announces that he's showing up with a flying toy factory," Ordon explains, painting a picture of Tyria's alien toymaker. "Fans of the game should know that a prominent asura like Tixx isn't likely to do something unless it benefits himself. Maybe it's just the prestige he's after. Or maybe there's a different reason he wants to get a 'toy' into every home across the face of Tyria.

"If Tixx is as smart as he says he is, maybe we'll never know for sure," he added. "One of the best things about working on Guild Wars 2 is having the ability to tell a story that can evolve over time, a lot of potential in that regard."

Each town will receive from Tixx an exclusive city-specific toy, and all players will receive a separate toy from Tixx by speaking with him while he is stationed in Mystic Grove from Dec. 20 to Jan. 3.