We've all got those people in our lives.

You know, the ones who just can't say no to a special edition. The ones whose walls are covered with shelves bearing sundry toys and trinkets, most of which come from their favorite video games. "I'm a sucker for a statue," they tell you, "and I adore art books." These are the folks who shun the garish green of an Xbox 360 case or the bland translucence of a PlayStation 3 box, because, well, "Doesn't everything just look more classy in a Steelbook case?"

You'd point out the irony of worrying about how a video game looks on a shelf, but you love them too much to tell them how to live their lives or spend their money. And come Christmastime, you figure that you might as well be an enabler, buying them yet another big box o' goodies that they'll somehow find the space for. Because let's face it: Whether they're getting a badass in-game weapon or a real-life replica of it — or both! — you secretly kind of want it yourself, too.

Speaking of irony, none of the items listed below are actually known as "special" editions. Instead, their makers describe them as "limited," "collector's" and even "ultimate" packages. Whatever you call them, they're undeniably impressive collections of games and game paraphernalia, and they have something else in common: None of them are cheap.

We've picked out a few of the coolest-looking special editions available now, as well as some potential highlights of 2013 for those of you who know what your friends are looking forward to next year. Note that some of these were or will be produced in truly limited quantities, so you may have difficulty getting your hands on them.

A Big Box Under the Tree 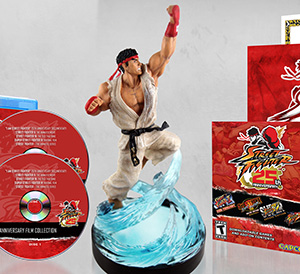 This massive, beautiful box set is a celebration of all things Street Fighter, honoring one of gaming's most beloved franchises with a package for which the term "comprehensive" seems somehow inadequate. Among the items packed within are four games, 11 discs of music, a hardcover art book and an 8-inch Ryu figure, with a certificate of authenticity to cement the set's rarity. Of course, die-hard Street Fighter fans probably already own much of the stuff inside, but they're sure to appreciate the grandeur of the package nonetheless. (PlayStation 3, Xbox 360; $149.99) 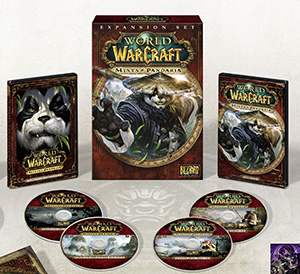 World of Warcraft studio Blizzard Entertainment is renowned for its special editions, and the box set for the game's fourth expansion, Mists of Pandaria, maintains that pedigree. The typical items — behind-the-scenes videos, art book, soundtrack, in-game content — are all present. But this is surely the only collector's edition of 2012 to include a mouse pad, and for that alone, it had to appear on this list. (PC/Mac; $79.99) 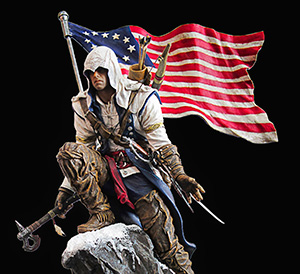 Assassin's Creed 3 ended up being one of the year's more divisive experiences. But regardless of your opinion of the game, this set packs some awesome Assassin-themed items. The 9.44-inch statue of protagonist Connor Kenway brandishing his trusty tomahawk and hidden blade is a striking piece, and the box art reminds everyone that 2012 was the Year of the Bow. But the star of the show is the 4-foot-wide Betsy Ross-designed colonial flag, embroidered with the Assassins' crest. Don't you dare burn it. (PlayStation 3, Xbox 360; $119.99)

Give the Gift of Waiting

We can think of few situations as terrifying as one in which a Xenomorph gets right up in your face while you're strapped into a power loader. If you can handle that, you'll be thrilled to see that Aliens: Colonial Marines developer Gearbox Software is immortalizing that confrontation in a resin figurine situated in a Xeno hive box. There's some other stuff in the package, including plenty of in-game content, which you'll enjoy if you can tear your eyes away from the figurine. (PlayStation 3, Xbox 360; Feb. 12; $99.99) 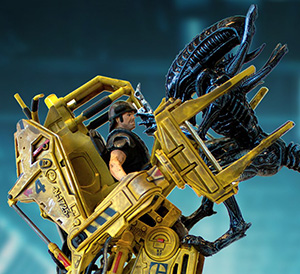 Raiden, the protagonist of Metal Gear Rising: Revengeance, wields a katana. This set comes in an oblong box, because the package includes a plasma lamp with part of said katana inside. That unique item makes this the most dangerous entry on this list. (PlayStation 3, Xbox 360; Feb. 19; $149.99) 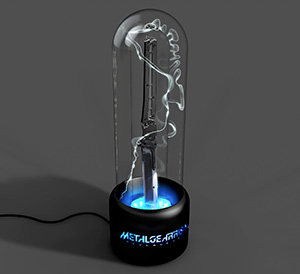 Crystal Dynamics' upcoming Tomb Raider reboot, Tomb Raider, finds a young Lara Croft forced to fend for herself after a shipwreck on a remote island. The developers commemorate the traumatic experience here by packaging the set's contents inside a tin "recovered" from the wreck. Inside is a medium-size double-sided poster, plus a 5x7-inch lithograph and an 8-inch figure of our hero. It's a true action figure — it's poseable, and it comes with an alternate set of hands as well as four weapons Croft uses to survive in the wilderness. And yes, one of them is a bow and arrow. (PlayStation 3, Xbox 360; March 5; $99.99) 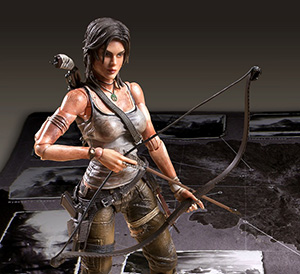 We've saved the best for last. The Ultimate Songbird Edition of Irrational Games' BioShock Infinite doesn't really offer anything unique, but there's a lot in this box, and what's there appears to be immaculately crafted. A 64-page "mini-edition" of Dark Horse Comics' art book is featured alongside a vintage-style lithograph, and the set's smaller physical objects include a Handyman figure for the upcoming board game. But the shelf-worthy pièce de résistance is a 9.75-inch hand-painted resin statue of the Songbird, the creature that guards Elizabeth. It doesn't look too happy that you've helped her escape from Columbia. (PC, PlayStation 3, Xbox 360; March 26; $149.99) 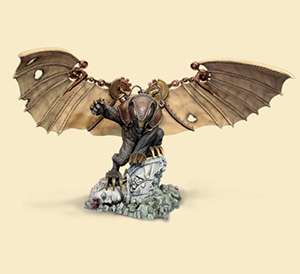