A look at the upstate New York playground of Polygon's Brian Crecente.

We've spent a bit of time showing you what city gaming looks like, exploring the urban dwellings of Polygon bossman Chris Grant's Philadelphia digs and Russ Frushtick's fancy Union Square apartment in Manhattan. Today we'll be looking over what it's like to game in the sticks, aka the middle of nowhere, aka sort of upstate New York, but not quite.

My house is located in the tiny town of Pawling, N.Y., about an hour-and-a-half's train ride north of Manhattan. Pawling is home to the mega Ziff mansion, unconfirmed Bigfoot sightings and a creepy little museum packed with shrunken heads and taxidermy nightmares. It's a quaint town with a cute little dark underbelly.

We've only been in our house for a year and a half, so I'm still trying to figure out how exactly to game in it. Right now I've sort of spread things out. While I tend to do most of my gaming in the big room on the bottom floor of the house, I also have gaming setups in my office and the upstairs family room. My 11-year-old son also has an Xbox 360 (a gift from Santa) and a TV (the product of his own savings) in his bedroom.

Spread out like this, I haven't really invested the time or money to turn any one room into the perfect spot for gaming. What I'm really saying is that I still use the TV speakers for audio in ever single place I game. A travesty, I know.

(Note: There's a video at the end of the tour, if you'd rather skip all that reading.)

Are you a collector, developer or super fan with a collection worth sharing on Playgrounds? Let us know at playgrounds@polygon.com! 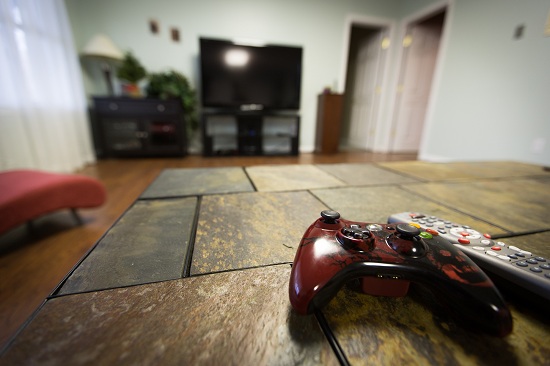 This is the room where I do most of my planned gaming, the nights I know I'm going to be playing awhile. While I have a very comfy, Frushtick-esque couch in the room, I tend to scoot Tristan's four-year-old mini chaise lounge in front of the TV and play games on my 360, PS3 or Wii from there. One day I hope to put in surround sound, but for now I use the speakers in the 60-inch Sharp for audio.

Right now, Far Cry 3 takes up most of my attention in this room. 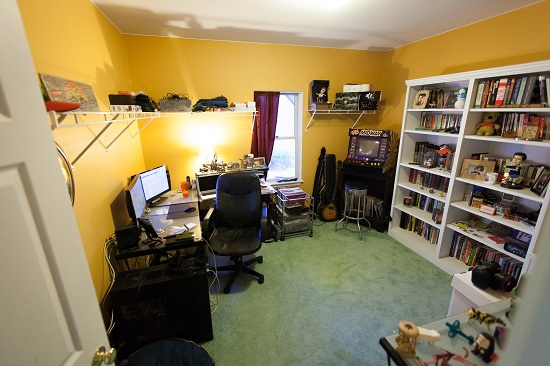 When we bought the house, this room was a closet. Seriously. I never let my wife forget it, either. I love to interrupt conversations at parties to tell whomever will listen that I work out of a closet and that it was my wife's idea. Of course, it was a really big closet and it's kind of perfect for work and play. One corner of the room is filled with my desk, two monitors, a Mimo screen and my hulking Origin computer. The other corner has a built-in entertainment center and bookshelves. I packed the center with a TV, debug and retail PS3s and Xbox 360s. The bookshelves are loaded up with books and lots of knickknacks from gaming, my childhood and my life as a police reporter. 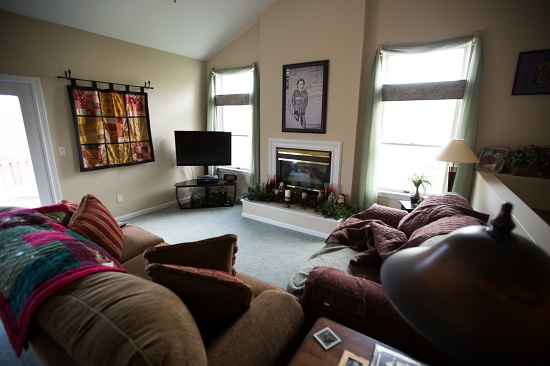 This was meant to be a sort of game-free bastion, but I managed to sneak an Xbox 360 up here for occasional TV watching and, yes, gaming. When the Wii U arrived I decided to set it up on this TV too, because I figured I would want to use it and the yet-to-be-released TVii app while watching movies. That couch on the right? That's for our four dogs: Toby (dachshund), LittleFoot (long-haired chihuahua mix), Thumper (dachshund mix) and Edgar Allan Poe (Great Dane, American Bulldog, hippo mix.) They take up all of the room.

Like Frushstick, I have a pair of wireless Astro A50 headphones. It's the only way I can get away with gaming up in the family room. 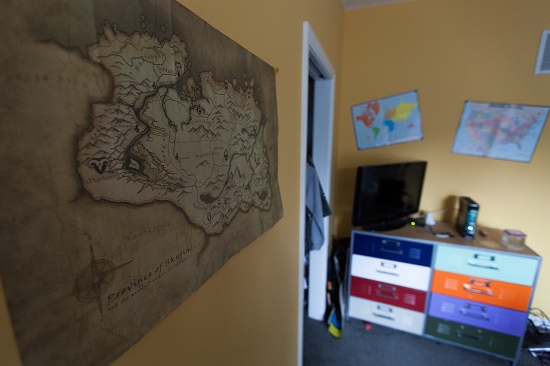 Santa gave Tristan an Xbox 360 for his bedroom two years ago. My wife and I immediately loaded him and it up with tons of rules. He gets 15 hours a week of gaming, barring misbehavior or bad grades. No gaming during the week. No gaming with the doors closed. He can only communicate on Live with friends. We only authorize friends we've met in real life. He's a huge fan of Minecraft, Skyrim, Call of Duty and Halo. He spends most of his time in most of these games creating little stories of his own with his friends. Yes, even Halo and Call of Duty. 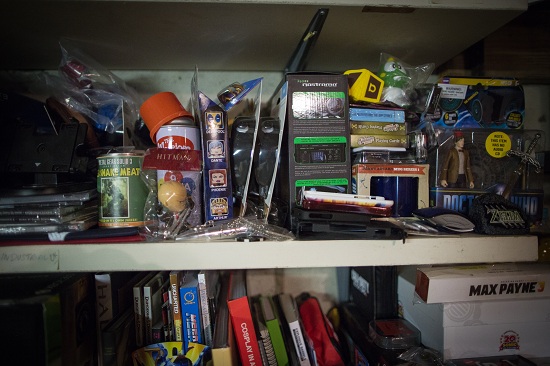 I get an awful lot of free stuff from gaming companies. There was a time when I received enough swag in a year to fill an entire bedroom. For years in Colorado I held annual fundraisers at a local venue, paying for the place out of my pocket and, with the help of some amazing volunteers, putting on a big Rock Band party. I'd use this as a way to get rid of a year's worth of swag. I haven't had the time to do that in New York yet, so it's sort of just piling up; hopefully that will change soon. For now, I've been neatly stacking it in the basement, sort of like that scene from Raiders of the Lost Ark, but with t-shirts and cans of snake meat instead of the Ark of the Covenant.

The fantastic Polygon video crew were kind enough to come out to my home to shoot this little video tour of my gaming places.