Though it struggles with scale, Planetside 2 provides a unique, fascinating view of war

PlanetSide 2 captures the drama of war better than any Call of Duty or Battlefield ever has — a feat accomplished with brute force and big numbers. Soldiers storm sci-fi encampments instead of the beaches of Normandy, but the song's the same: Bullets and rockets fly inches overhead as foot soldiers and a convoy of assault vehicles crash against an enemy base, all to an imagined movement of "Ride of the Valkyries."

This is PlanetSide 2's iconic, advertised gameplay cross-section, and when it actually happens, it's unlike anything you've ever played.

It's also unlike anything you've ever played when you're searching for your place in the war effort. PlanetSide 2 is most rewarding when the player is part of something bigger than themselves — in fact, that's the only scenario in which PlanetSide 2 is rewarding. A shooter has never made a single player feel so impotent. 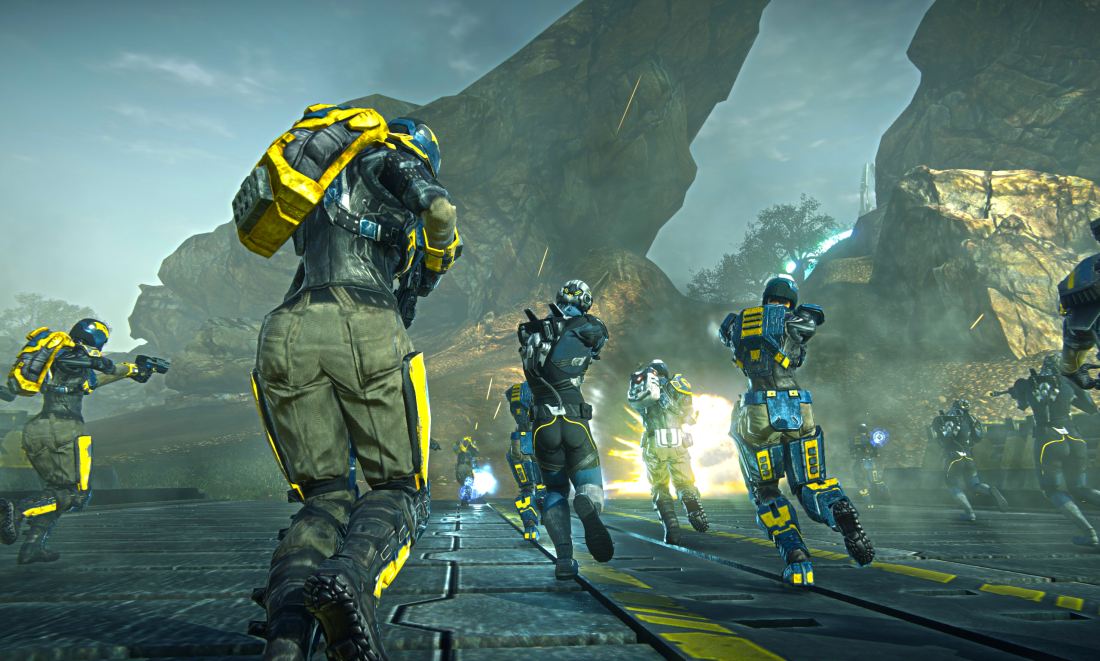 PlanetSide 2 is a celebration of expansionist conflict. Three factions are tasked with conquering vital facilities strewn across three continents. Each facility has a control point that must be captured and held for a predetermined amount of time, and armies can only capture facilities touching regions they already control. A faction's influence over a continent can really only move in waves — and, as a result, so do its armies. 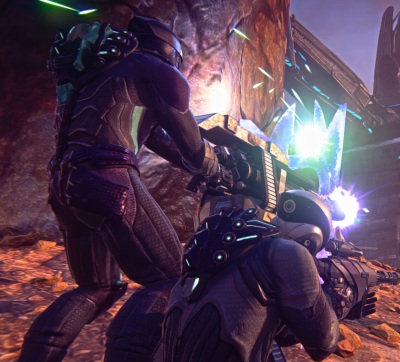 The good news is that getting involved with one of these continent-wide efforts is a fairly painless process. There are a few options for joining a 12-solder squad, which may also be part of a four-squad platoon. The simplest way is tapping "Insert" to auto-join a suitable group, but you might have to hoof it to the part of the battle where your team is located. You can also automatically deploy near your squad leader (or to any active battle on the world map), though this function is on a cooldown of 15 minutes or more.

Being a part of one of these platoons is genuinely thrilling, and not always for the reasons you might expect.

Bigger armies mean bigger battles, which is where PlanetSide 2 handily excels. The fights aren't just huge, they're incredibly dynamic. There is a lot you could be doing in any given skirmish: reviving teammates, repairing tanks, dogfighting with light aircraft, piloting a troop transport, spearheading the charge on an ATV and so on. In a large enough battle, all of those things can happen simultaneously.

it's a depiction of war like you'd see in a blockbuster film, and you're a part of it every step of the way 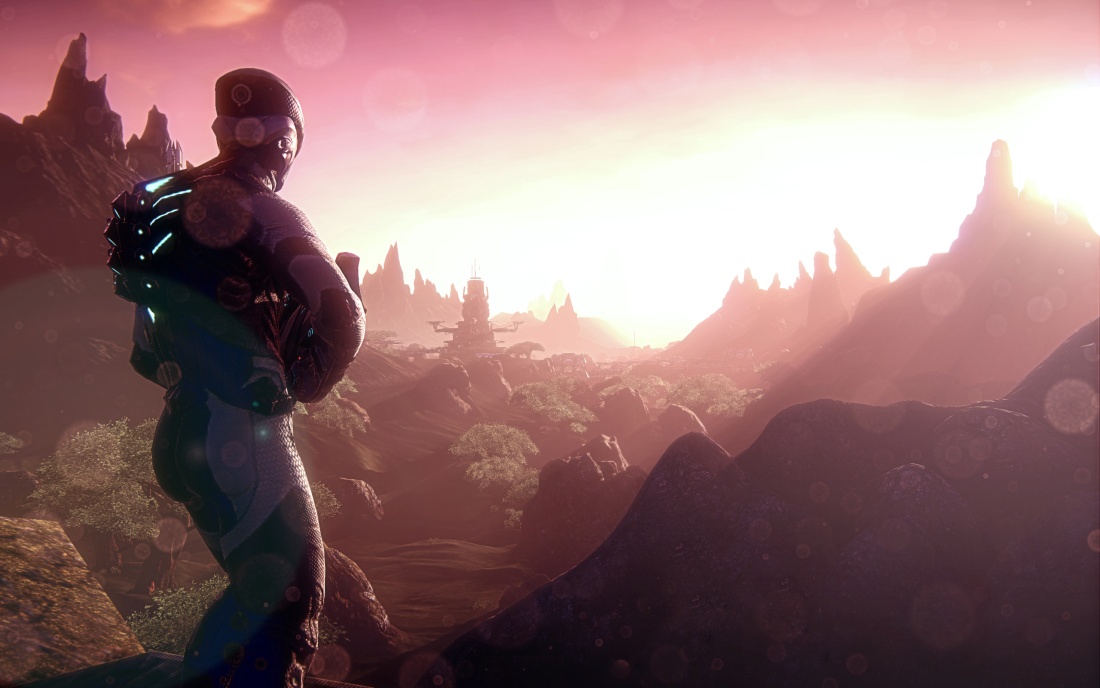 PlanetSide 2's conflicts are so emergent that even the refrains between them are electrifying. Watching as your entire platoon leaves its HQ to start a new and glorious campaign, with tanks and airships and troops marching in a phalanx — it's a depiction of war like you'd see in a blockbuster film, and you're a part of it every step of the way. As a single soldier in the effort, you can only oscillate between assurance and dread, never quite sure of how the next battle will pan out. Sometimes, that uncertainty is more exciting than the battles themselves.

But PlanetSide 2 suffers from the same problem that hamstrung its predecessor and other large-scale shooters like MAG: Being part of the losing team not only lacks a sense of reward or satisfaction — it feels unfair.

It might be impossible to balance a shooter of PlanetSide 2's size with restrictions and checks to limit more punitive scenarios. Regardless, one-sided fights are nearly as common to PlanetSide 2 as tense two-or-three-sided battles. I spent just as much time trying to find a battle where I stood any chance of success as I did enjoying those rare balanced conflicts. 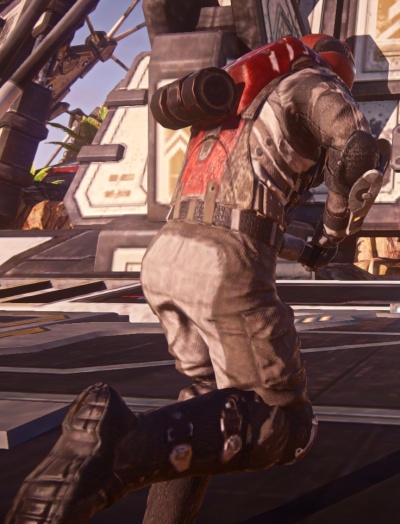 PlanetSide 2's free-to-play model is relatively elegant, not doing much to punish folks who don't cough up real-life dough. Most class upgrades cannot be purchased with Station Cash, the game's real-money currency. Real money is only used for weapons, vanity items and experience or resource boosts.

Nearly all the upgrades, including weapons, attachments and class perks, can be unlocked by playing the game normally, though their prices escalate quickly. Having to play for a dozen hours or so to earn enough to unlock one weapon for one class for one faction seems excessive, designed more around player retention than game balance. That kind of design choice isn't even necessary, as there's already way too much to do in PlanetSide 2 without the grind. 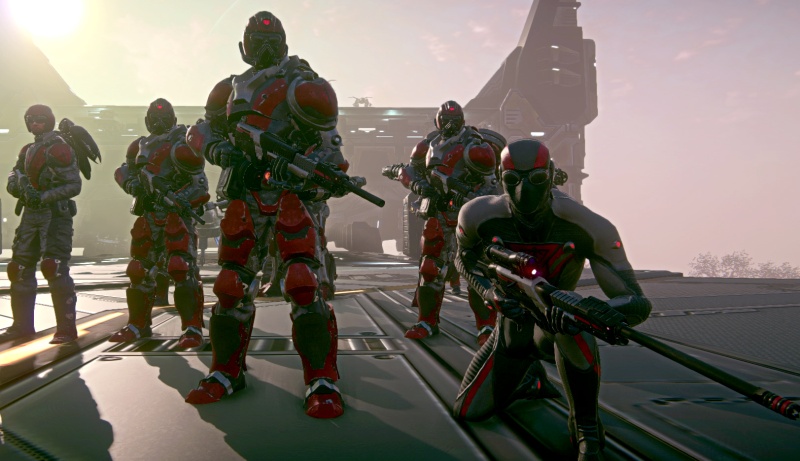 PlanetSide 2's systems aren't its carrot on a stick. Its joys are entirely emergent. I found myself returning to it every night, not because I was grinding for a new perk for the Combat Medic class, but because I knew that the battles I'd participate in (the evenly-matched ones, anyway) would never be alike. The forces would be different, the tactics fresh, the last stands and the heroic charges all completely unforeseen.

Though it struggles with scale, PlanetSide 2 provides a unique, fascinating view of war