In his years at the New York Public Library, senior librarian Thomas Knowlton has led discussions about a confounding assortment of topics, from the influence of Ken Loach's Kes on the films of Krzysztof Kieslowski and the "ecstatic truth" of Werner Herzog's movies, to the endless debates surrounding the symbolism of G.K. Chesterton's metaphysical thriller The Man Who Was Thursday.

Lately if you sit in on one of Knowlton's gatherings at New York City's Mid-Manhattan library, you might discuss Mihaly Csikszentmihalyi's Theory of Flow or debate how applicable Laura Mulvey's cinematic gaze is to the topic at hand.

While the approach to analyzing works hasn't changed, an analysis powered by Knowlton's master's in comparative literature from the University of Georgia, the topic has. Where once the librarian spent much of his time holding meetings to discuss literature and film, earlier this year he shifted his attention to creating a similar experience for people who play video games. 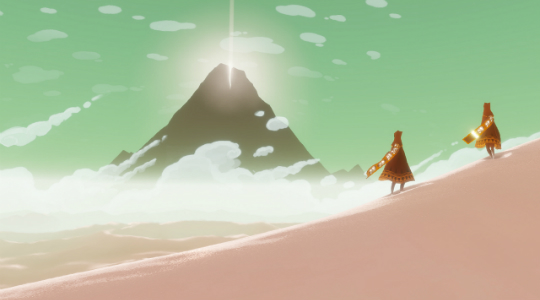 The NYPLarcade Game Club launched in May with an inaugural discussion about developer Jenova Chen's game Journey and whether Chen's interest in the Theory of Flow impacted the game's design.

The meetings typically kick off with a five to 10-minute talk by Knowlton about the game's design elements. He might read excerpted interviews with the developers. Then the club spends an hour and a half or so taking turns playing through the game. Afterward, the group discusses what they saw and experienced for about half an hour.

"We talk about narrative, but if I have a hidden agenda it's to move the conversation along to talk about game design and game mechanics and how those influence the experience," Knowlton said. "I'm always trying to bring out the unique aspects of games and how the interactive nature of them sets it apart from film.

"I do find a lot of film theory is applicable to talking about game design. We can borrow a lot from film theory, because game theory is still in its infancy and still evolving."

Since that first meeting, the library has been host to three roughly month-long series of meetings, each revolving around a different topic. The game club is currently about a third of the way through its fourth series this month.

The idea for hosting a game club discussion at the library came to Knowlton as he explored New York City's thriving indie game scene, a mix of university lectures, art shows, talks and events that seem to always be happening somewhere in the city.

"What could the library bring to this kind of interesting video game scene that's going on in New York?"

"For about a year I was kind of asking myself, 'What could the library bring to this kind of interesting video game scene that's going on in New York?'," he said. "Eventually something kind of clicked with me. A lot of it was the games themselves, specifically independent games, just the fact that that so many of them are coming out on big consoles."

Knowlton said he found indie game development encouraging and ripe with potential for the sort of discussion that could go beyond the simple mechanics of play and delve into deeper topics.

"Indie games tend to be shorter, self-contained experiences and, as a result, they offer an immediacy to both gamers and non-gamers, which is hard to replicate with a longer, AAA title," he said.

It helped, he said, that a lot of these games were auteur games, titles designed by one person or with one person's vision behind them. 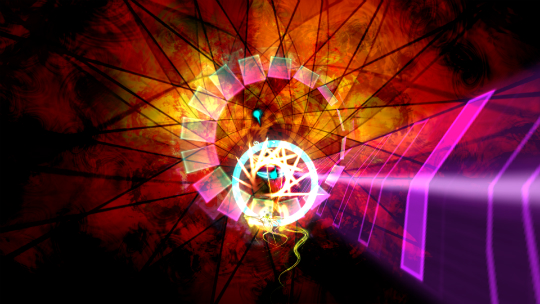 "It sort of seemed natural, once I had that inspiration, to bring these into the library, which has always been a great social space to talk about books and films," he said.

New York Public Libraries already had a long history of working to incorporate video games into their locations, he said. But that inclusion had always been tied more to the experience of gaming and less to a thoughtful analysis of the game itself. The libraries rent games, for instance, and Knowlton said some branches bring Nintendo's Wii console to community centers or retirement communities to play games.

"That's what we did in the past," he said. "But it wasn't the sort of audience or environment I was going for.

"Eventually, this idea of a book club but for video games came to me and seemed like a perfect fit."

He decided early on that the best chance of success for this program would be if the games were short enough to play and be discussed during a single meeting.

The sessions usually attract 15 to 20 people, some regulars, but most not. Knowlton sets up in a room on the main floor, projecting the game on a 10-foot screen and passing around the controller to give everyone a chance to play.

Playing the game in a group setting also changes the experience, he found.

"I've also been toying with the idea of a Hideo Kojima retrospective."

"It definitely takes on a performative aspect when you're playing in front of an audience," he said. "The good players, they get to sort of show off. People will talk and shout out help to the person playing, sort of encouraging each other."

Some people come to play, some to discuss, some to watch, some are there to find common ground with their children in a world increasingly tied to video games.

"We have a lot of people who have no interest in playing a game," he said. "They want to watch. They're so curious. They'll sit there for an hour and just watch the game.

"I think the fact that it is a physical space helps a lot. Having that physical interaction, that face-to-face interaction where people can play off of other people's comments ... They're taking the time to come into the library, sometimes it's even games they've played before."

As the game club has evolved, so has Knowlton's perspective on what it is and how it tackles the critical analysis of games.

Recently, subtly, Knowlton changed the official description of the game club to liken it to a film series, rather than a book club.

"While a book club was the first metaphor that came to mind," he explained, "I realized that both film screenings and NYPLarcade events offer a unique opportunity to view (or interact) with a work and discuss it immediately afterward, which is quite different from reading a book at home and then discussing it in person."

The latest series, which runs through February, is a look at eight eclectic, possibly overlooked games from 2012. The batch of titles includes games that deal with child abuse, poverty, hormone therapy and space travel.

Knowlton says that while he's in talks about ways to expand the library's support of games, he still plans to continue these weekly game club meetings.

"It would be fantastic to do an all-day play-through of Grim Fandango or Day of the Tentacle," he said. "I've also been toying with the idea of a Hideo Kojima retrospective, especially with Metal Gear Rising: Revengeance coming out. The Metal Gear Solid series is a perfect example of something that has immediate appeal to non-gamers (due to its many cinematic influences) as well as die-hard gamers (since how many of us have had the opportunity to play through every entry in the series?)."

Good Game is an internationally syndicated weekly news and opinion column about the big stories of the week in the gaming industry and its bigger impact on things to come. Brian Crecente is a founding News Editor of Polygon. He is also a judge for the Spike TV Video Game Awards.