Not one of Sony Online Entertainment's massively multiplayer games require a monthly subscription to play; a business model which nearly all of their online games once adhered to.

Sony Online Entertainment president John Smedley has been perhaps the biggest, most outspoken proponent of the nearly universal business model for some time now. His keynote speech at the most recent GDC Online, titled Free-to-Play: Driving the Future of MMOs, focused on trends characterizing the online gaming space, nearly all of which tied back to microtransaction services and player-driven interactions.

According to some statistics released by Sony Online Entertainment last week, Smedley isn't on the wrong side of history on the matter of free-to-play MMOs. The company reports that, since switching to the new business model, DC Universe Online has seen its daily revenue increase by 700 percent. EverQuest 2's registration numbers have more than tripled. Even the original EverQuest, which launched in 1999, has had its registrations increase by 350 percent, and its daily logins have doubled since going free.

That's why, when it was time to design Planetside 2 — which has seen 1.6 million registrants so far, 250,000 of which login every day, Sony says — the game's free-to-play model became the very skeleton that the rest of the title was built around.

"We deliberately made the game, the core game, so that without paying us a dime is fun and free," Smedley said in an interview with Polygon. "In fact, most of the starter weapons are some of the better weapons. We wanted to do right by the players. Our thought was if we make a fun game and put cool stuff in it to buy, the ones who really like the game will buy it."

"Zynga likes to pretend it's a science, but it's more of an art."

Unlike some of the other games in Sony Online Entertainment's library, Planetside 2's pricing models and revenue plans weren't retroactively added. The company was able to plan how microtransactions would work within the game, and make clear distinctions from the beginning of what content would be given away, and for what players would be charged. Features weren't being dragged from the public and placed behind a paywall; those distinctions already existed.

Still, Smedley explained, the ability to make those kinds of decisions before the game launched didn't make those decisions any easier.

"You have to play a lot of these games to figure that out," Smedley said. "Most of us play games non-stop, and most of the games I play now are free-to-play; Dota 2, League of Legends, our stuff. It's sort of a gut feeling. I'd say it's more of an art, not a science. Zynga likes to pretend it's a science, but it's more of an art." 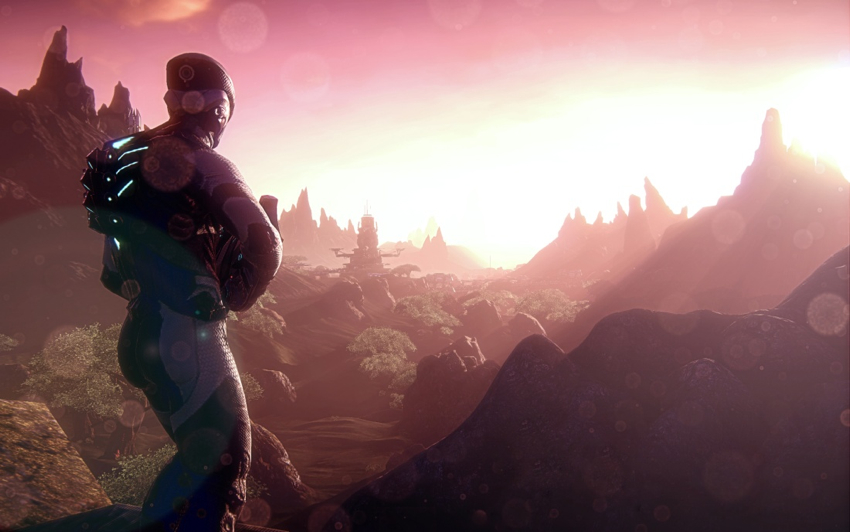 Smedley said he doesn't just see his company's massively multiplayer online games sticking to this model for the foreseeable future, he says it's the direction the entire industry is heading down; a claim seemingly supported by the recent free-to-play rebirths of The Secret World and Star Wars: Knights of the Old Republic.

"There's a great quote from The Matrix: 'That's the sound of inevitability,'" Smedley said. "At some point, when there's a business model that just works, it's hard to fight it.

"Free-to-play is just too good of an idea," Smedley added. "The idea is just so simple. It democratizes and capitalizes, makes true capitalism out of the MMO gaming space."

Smedley also has a second prediction for the future of the online games industry: Emergent gameplay, he says, will soon be as ubiquitous as the free-to-play business model. That change will be more reactionary than anything else, driven by consumer's exasperation with the current MMO development philosophy.

"Our opinion is that today's MMOs, and I'd include ours in that mix, are stagnant and stuck in this model that we frankly helped create with EverQuest, where we put new content in the game, and they go through it at an incredibly fast rate because of sites like Thottbot and that kind of stuff," Smedley said.

"We need to change the way we do this," Smedley said. "We're building a sandbox and giving players the tools to help shape the world that they're in. That's the direction we're going we're going in with EverQuest Next; trying to make a world that players create while being a living, breathing world around them. It's not just a prop for them to walk around in, which is really what all of today's MMOs are. Their worlds are nothing more than a movie set."

"At some point, when there's a business model that just works, it's hard to fight it."

Though EverQuest Next, the studio's upcoming attempt to reinvent the 13-year-old MMO franchise, will be built around the kind of emergent interactions Smedley envisions, Planetside 2 has already incorporated those elements into its army-on-army battles.

"That wasn't a direction for development," Smedley said, "that was the direction. It's a great case-in-point; we gave players the weapons, the fight's all up to them. We give them some basic goals, but we want them playing that game in ways we never thought of. And that happens a lot."

That kind of experimentation characterizes perfectly the kind of year Sony Online Entertainment has had; a year spent preparing for Smedley's vision of the future of MMOs. In addition to experimenting with emergent gameplay and free-to-play models, the company launched a game on its Forgelight engine, a networking-centric development kit which allowed developers to make Planetside 2 in a little over two years. It also incorporated player-made items and designs into some of its games using its Player Studio platform, something Smedley says will be a big part of the studio's future projects.

All of these elements will be reflected and represented somehow in EverQuest Next; though firmer details on the title will have to wait until Sony Online Entertainment finally reveals the game in 2013.

"What we're doing [with emergent gameplay] is so radically new that we're not really talking about it," Smedley said. "What I will say is that what we're looking at is ways of making players part of the world itself. You'll understand it when you see it. We're almost at the point where we want to show the world."