During the holidays, it’s a given that you want to bestow the greatest gift of all: gaming. But with developers cranking out big name console titles at an alarming rate for most of the year, it’s easy to miss the little guys.

Downloadable games are often short and sweet, but they're also some of the most inventive, original and just down right fun games you'll find today. And, more importantly, they come with a much prettier price tag. They are the perfect way to introduce new friends to gaming, or to gift old dogs with something special.

But navigating the world of Xbox Live Arcade, PlayStation Network, Nintendo's eShop and even Steam can be tricky. Games crowd their listings in the hundreds, and not every one is a diamond in the rough. Whether you yourself have missed a must-have or you're looking to surprise a friend, we've selected our favorite recent download titles to make your job easy. 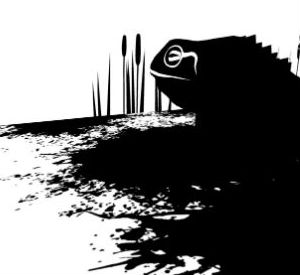 Price: $14.99
Do your friends like exploring? How about painting? Aren't swans just the coolest? If you answered yes to any or all of these questions, you might want to consider picking up The Unfinished Swan, Giant Sparrow's gorgeous "paint shooter." As Monroe, a young boy chasing a swan, players launch globs of paint to reveal their surroundings. The game combines light puzzle solving with exploration and simple storytelling to create a knockout title. 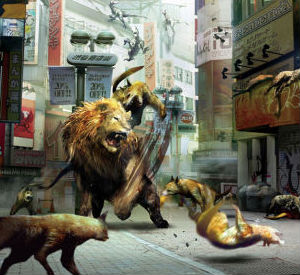 Price: $14.99
Tokyo Jungle is one of those rare games that lets you pit a Pomeranian against a polar bear in the toughest arena of all: nature. Did we say rare? We mean only. After mankind's disappearance, Tokyo Jungle challenges players to stay alive in a world ruled by the animal kingdom. You'll hunt, claim territory and getcha freak on as you simply try to survive. It's perfectly addicting and challenging, although you might want to avoid picking this one up for your bunny-loving friends — they don't fair so well in the animal world. 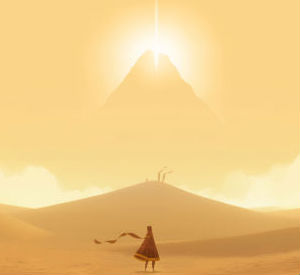 Price: $14.99
There's nothing else we can say about Journey that hasn't already been said, but we'll try anyway. Elegant, visually stunning and beautifully composed, Journey is a rare look at a more artistic vision for gaming. Players embark on a voyage to a distant mountain, and whether with wordless companions or alone, it's a unique, intimate experience. If you have a friend who hasn't picked up this title yet, make this your top priority.

Price: $15 (1,200 MS Points)
For a game with an amnesiac hero and a talking sword, Dust: An Elysian Tail is a surprisingly fun adventure that's perfect for the RPG player in your life. Sure, the voice acting gets a little cheesy and anthropomorphic animals can be unbearably cutesy, but Dust makes up for it with quick, action-based battles. A solid story, fluid visuals and 2D adventuring will keep your friends entertained for hours. 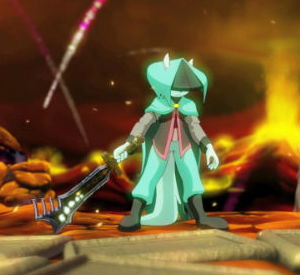 Price: $10 (800 MS Points)
Fair warning: for the completionist in your life, Fez is both a blessing and a curse. The game stars Gomez, a 2D character with the power to see in 3D, thanks to a magic hat. It's Gomez's task to collect cubes (or cube parts) in this retro-styled puzzle platformer, although it's a job easier said than done. Fez will require you to sometimes literally think outside the box, learn a new language or decipher almost imperceptible clues. Pick up this game for that hell-bent friend who won't stand for anything less than the perfect ending, but don't expect to see them anytime soon. 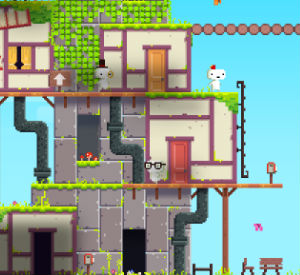 Price: $15 (1,200 MS Points)
Indie action adventure exploration game Spelunky made its way onto Xbox Live Arcade this year, and if your friends haven't already played it, now's your chance to make them. As a tiny cave diver, players explore tunnels, find treasure and duck enemies. The game's levels are randomly generated to keep things fresh, making it a perfect title to play over and over. Additionally, the shiny and updated XBLA version includes local multiplayer for you to get your spelunk on. 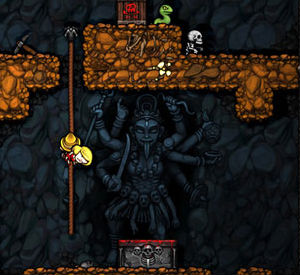 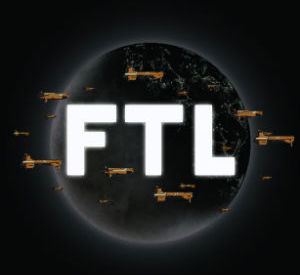 Price: $9.99
FTL: Faster Than Light is another title you'll want for those who love a challenge. Or dying. A lot. It's a strategy-driven, spaceship simulation with rogue-like gameplay that gives players a taste for captaining one a them fancy space machines. Managing the crew, allocating resources and defending against boarding enemies are just a few of the tasks ahead. The game's galaxy is randomized for total replayability, and permadeath makes every experience more intense than the last. 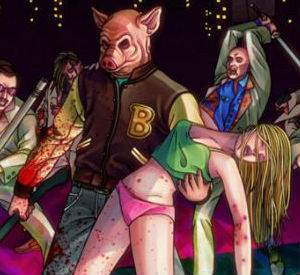 Price: $9.99
Miami, 1989. A man wakes up in his apartment one morning to find out that he's become the whipping boy for a gang of masked criminals. At their orders, he assassinates over and over again. Armed with surreal, top down action and a killer soundtrack, Hotline Miami is an unforgettable experience that isn't just about the violence you commit. It's about the guilt and consequence that follows. Aggressive, radically violent and ultimately thought provoking, Hotline Miami is a must-own title for mature gamers. (Mac version expected at a later date.) 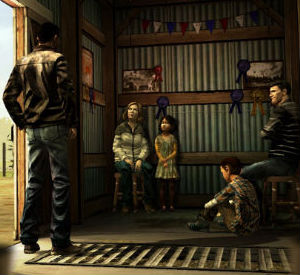 Price: $24.99
Telltale's episodic point-and-click role-playing game, The Walking Dead, has already begun racking up Game of the Year awards, and for good reason. Its heavy focus on character development and narrative create an emotional rollercoaster of gameplay. Every choice has serious implications, every action a consequence, including character death. Do yourself a favor and grab all five episodes as a set. You won't want to quit after the first. (Also available on PlayStation 3, Xbox 360 and iOS.)

Price: $14.99
Little Inferno is a game about a fireplace. No, seriously. Yule Log channels, programs running a never-ending loop of a burning log, inspired the creators of this quirky title. But instead of simply watching, players throw different items into the flames, crafting different combinations and unlocking more items. It's a perfect game for the holidays that screams for your indie friends. Or local pyromaniacs. Who's judging? (Also available on Steam.) 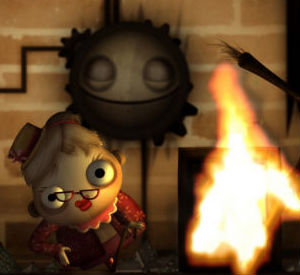 Price: $14.99
Not everyone is meant for long games that drudge on. If you're shopping for a friend who prefers a short title, check out Chasing Aurora. It's an aerial action game, meaning you'll spend your time fluttering around the sky. The game's visuals are gorgeous in a way only indie games can be, and multiplayer allows you to play with up to five friends. Chasing Aurora is admittedly lacking in content, but for those seeking something quick and easy, it's worth picking up. 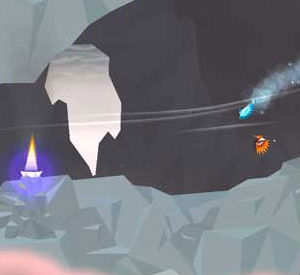 $19.99
The Wii U might still be lacking in new console games, but downloadable re-releases are booming. If you or a friend haven’t already picked up puzzle platformer Trine 2 in any of its previous lives, now is the time. The Wii U edition comes with the original game and the Goblin Menace expansion, along with a few new tricks for the GamePad. 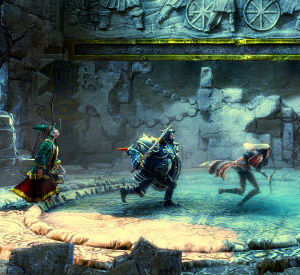 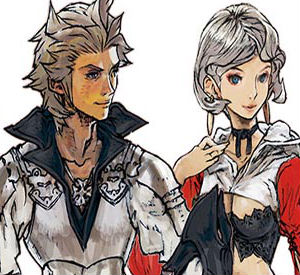 Price: $7.99
Crimson Shroud is a game for tabletop and RPG fans alike. As if its mix of turn-based, dice rolling strategy battles weren't enough, the game was written and directed by Yasumi Matusno of Vagrant Story and Final Fantasy 12 fame. It's not a title for everyone, and it's not one that we'd call easy. But for those who can dig its Dungeons & Dragons-esque gameplay, it's well worth the frustration. 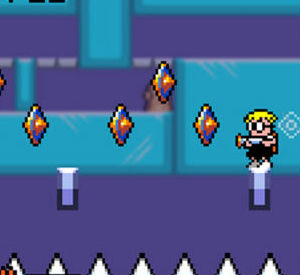 Price: $8.99
If you're hitting Nintendo's eShop in search of 3DS titles, look no further than Mutant Mudds. The game is a pixilated platformer with a shooter twist; protagonist Max defends against a "Muddy" onslaught with a water cannon. The game is full of nostalgic charm, including a chiptune soundtrack, text reading and 8-bit action. 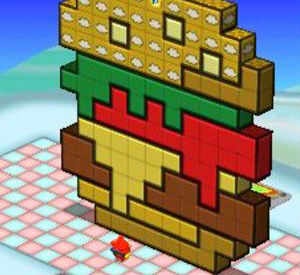 $8.99
Crashmo is another handheld download that delights and surprises in its approach. The sequel to last year's Pushmo, Crashmo is a block-moving puzzle game that takes the best of its predecessor and improves upon it. Don't let its cutesy appearance fool you. Crashmo is clever and challenging, and new blocks, abilities and more add a layer of depth to an old formula.

Price: $14.99
For your more musically inclined friends, don't forget to pick up Sound Shapes. The game uses the Vita's touch capabilities to create different musical sounds, which can be edited and shared by the player. If you're still not sold on Sound Shapes, don't forget that indie rock god and delightful weirdo Beck contributed not one, but three songs to the game. (Also available on PlayStation 3.) 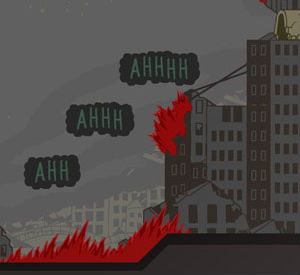 Price: $7.99
Some days we all feel like hungry blobs, but Tales From Space: Mutant Blobs Attack takes it one step further. As a big bad blob, players snack on whatever random objects they can find. Munchies aren't the game's only focus; the game is a puzzle platformer that makes you work for your meal. Mutant Blobs Attack is an exercise in the hilarious and strange, and it's hard not to be charmed by addictive gameplay. (Also available on Steam.) 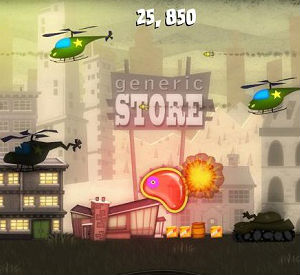 Price: Free
It's not so much a Simon Says-type game as it is Wario Ware-styled mini-game bonanza. Frobisher Says features 50 fast-paced mini games where each one is as random as the last. It's absolutely insane, and it's a great family gift to play at home. Also, it's free, so you have nothing to lose by checking it out. 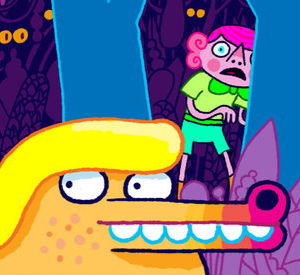