Treyarch prepares for influx of 'Christmas Noobs' in Black Ops 2

Share All sharing options for: Treyarch prepares for influx of 'Christmas Noobs' in Black Ops 2

Call of Duty: Black Ops 2 developer Treyarch's in-game message of the day asks experienced players to take it easy on newcomers who'll be joining the fight when they get the game this Christmas.

"Let's talk Christmas Noobs," the message from Team Treyarch reads. "It's that time of the year again where thousands of new players join the online ranks for the first time. We'd ask you to go easy on the Christmas Noobs, but we know you won't."

The message also suggests that "Christmas Noobs" join the Boot Camp playlist, which "is the best place for a new player" to learn the game by playing "AI-controlled opponents."

Since its release last month, Treyarch has taken steps to balance the multiplayer aspect of Black Ops 2, though appealing directly to players is a new approach. A patch released earlier this month significantly changed the firepower of the game's submachine guns and other weapons. The game's design director, David Vonderhaar, previously defended the weapon balancing process, saying that the studio tracks tons of data and uses it to contextualize player complaints.

You can see the message of the day below. 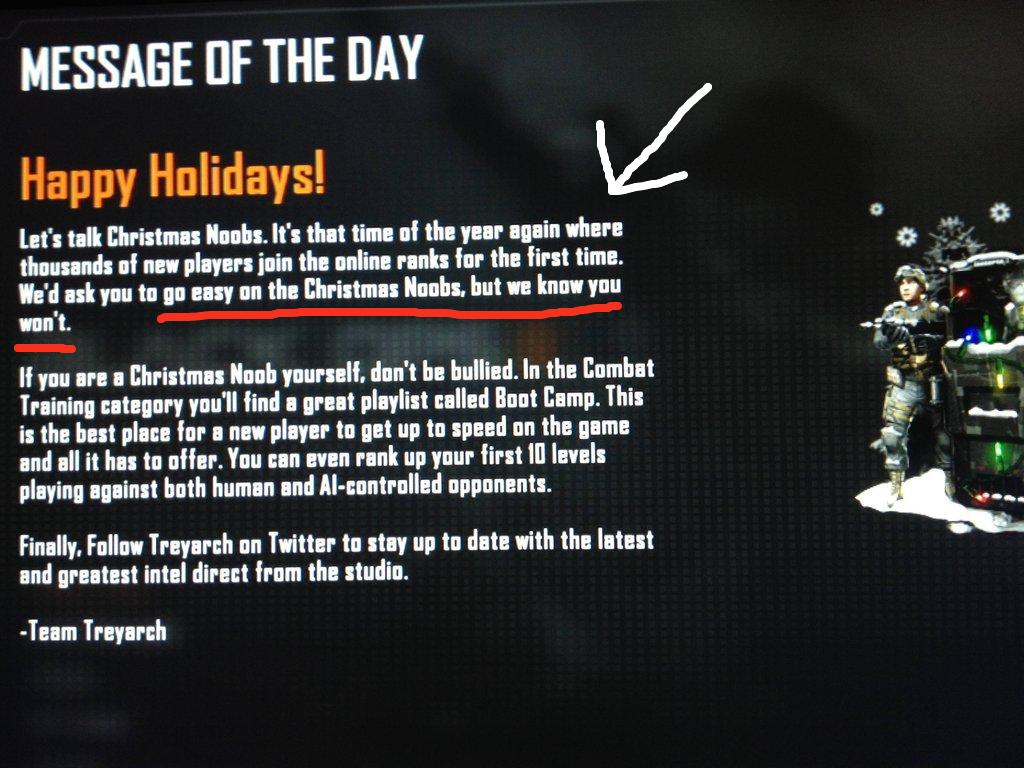