Tank! Tank! Tank! fails to deliver on the excitement and action promised in its exclamatory title

If I'd only played Tank! Tank! Tank! for five minutes, I would have loved it. It has the trappings of a cult classic: destructible environments, B-movie art design, giant monsters and, of course, tanks. Its initial appeal is different from anything else in the Wii U's launch line-up.

But even with all the cartoonish tanks and giant robo-gorillas, I walked away from Tank! Tank! Tank! unsatisfied.

The structure is clearly intended for arcades, where players spend a dollar for a minute, then never play the game again 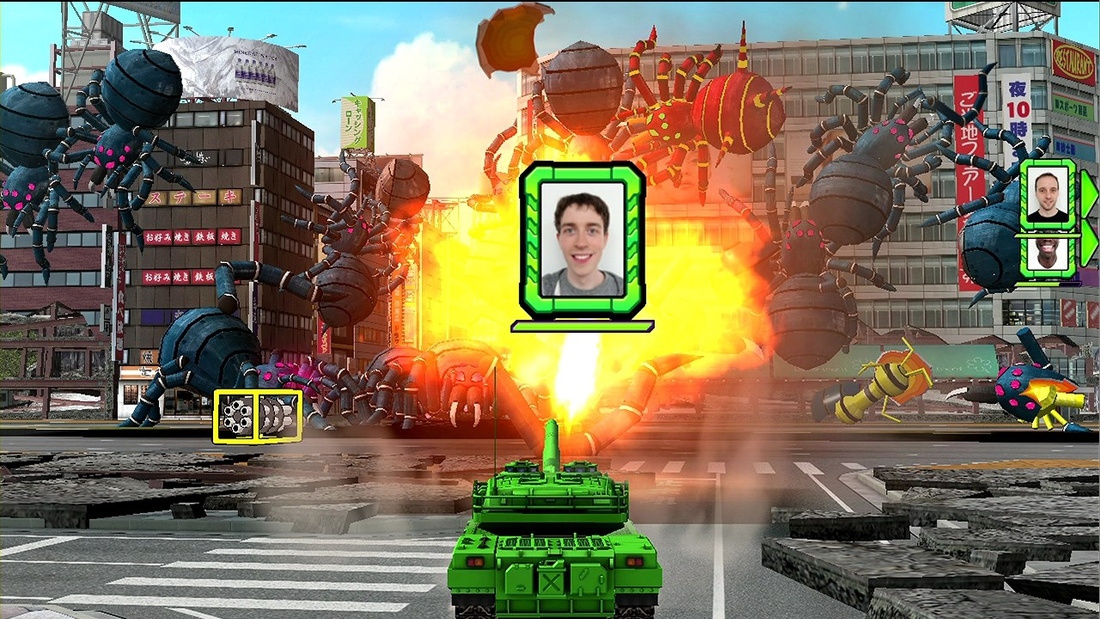 The abominable campaign mode can be played solo or co-op and strings together a series of tank-versus-monster battles inspired by the Godzilla universe. You play as a tiny tank, collecting weapon power-ups and firing on the city's unwanted visitors — invaders such as a robo-gorilla, a frothy kraken and super-sized hornets. Each enemy has unique attacks, but the player's strategy for destruction stays the same: Face the tank toward enemies and mash the fire button.

The structure is clearly intended for arcades, where players spend a dollar for a minute of monster-shooting novelty, then never play the game again. It grows dull after more than a few minutes of living room play. With no need to pay attention to the action on screen, my brain focused on itemizing Tank! Tank! Tank!'s many flaws.

Beating campaign levels earns medals, and medals unlock new tanks. To unlock all the tanks and levels, you will need to replay many of the stages with different tanks — a repetitive and exhausting experience.

Each tank has a standard projectile, along with two special abilities fueled by power-ups scattered across the battlefields. Special abilities include weapons that stun, puncture and nuke enemies, along with the buildings around them. The variety of weapons add the tiniest splash of strategy to the game, but don't expect any defensive capabilities. Tank! Tank! Tank! lacks things like shields or health bonuses or evasive maneuvers. Victory is determined by who can deal the most damage the fastest.

I'd understand the absence of shields and the like if the designers intended to create a realistic tank simulation, but these tanks simply don't behave that way. They're lightweight and roll forward like cheap toys. Their turrets don't pivot, so they can't strafe by driving one direction and firing another. They don't feel like tanks. They could be anything really: cars, motorcycles, bicycles, camels. 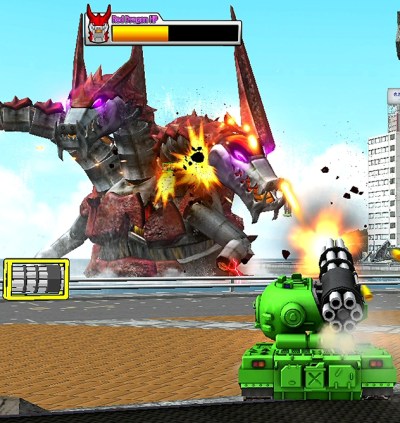 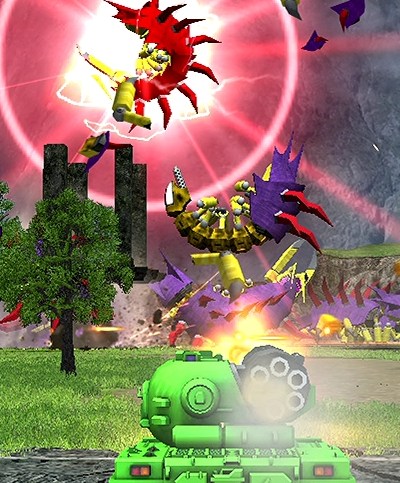 Part of the problem is a lack of control. Both analog sticks are needlessly devoted to steering the tank. Players cannot aim the tanks' guns at all. The war machines simply fire at whatever is immediately in front of them, with targets chosen entirely by the computer.

The player also has no control over Tank! Tank! Tank!'s camera. Though they're blocky, the game's destructible environments are one of its few redeemable aspects. Too bad the lack of camera control makes it impossible to take in all the mayhem the tanks cause while trying to kill giant ants and mecha gorillas.

Multiplayer contains the best Tank! Tank! Tank! has to offer but fails to redeem the game.

The My Kong multiplayer mode makes smart use of the GamePad, by allowing a single player to control the robo-King Kong. Up to three players with Wii remotes use tanks to kill the ape within an allotted amount of time. The gorilla is small on the GamePad screen, shown from a strategic bird's-eye-view, but massive on the television screen, lumbering over the tanks. The dual perspective is novel and gives the sense that the developers recognize the potential of this new system.

And yet the rest of multiplayer is a humdrum affair. There's a free-for-all tank battle mode, a team-vs-team tank battle mode, and three cooperative stages pitting up to four tanks against A.I.-controlled monsters. These latter missions are like extended versions of the rote campaign offerings, only now four people fire endlessly on the giant monsters.

Tank! Tank! Tank! fails to deliver on the excitement and action promised in its exclamatory title

Tank! Tank! Tank! is a port of an arcade tank game from 2009, but it might as well have been designed a decade ago. It lacks camera control, aiming and a real sense of progression â things that have become the most basic fundamentals of modern 3D games. It fails to deliver on its B-movie premise; it fails to make consistent use of the Wii U's GamePad or its graphical horsepower; but most damningly, it fails to create the basic sensation of driving a tank â unforgivable, considering the exclamatory title.

About Polygon's Reviews
3.5 Wii U