DmC: Devil May Cry Son of Sparda Edition confirmed, exclusive to GameStop in Europe and Australia

Share All sharing options for: DmC: Devil May Cry Son of Sparda Edition confirmed, exclusive to GameStop in Europe and Australia

Capcom and GameStop are teaming up to produce a special edition of DmC: Devil May Cry, the Son of Sparda Edition, that will be available exclusively at GameStop, EB Games and Micromania stores in Europe and Australia, the retailer announced today.

The announcement confirms a leak from early November (see image below).

DmC's Son of Sparda Edition includes the game itself, Dante's necklace, unique white packaging and the Samurai Pack. That DLC pack is exclusive to all GameStop pre-orders and includes samurai versions of Dante's weapons, as well as upgrade points for players to beef up their weapons at the start of the game.

"This will be the must-have edition of Dante's long-awaited reboot," said Mike Mauler, executive vice president of GameStop international, in a press release announcing the edition. No price for the Son of Sparda edition was included in the announcement. 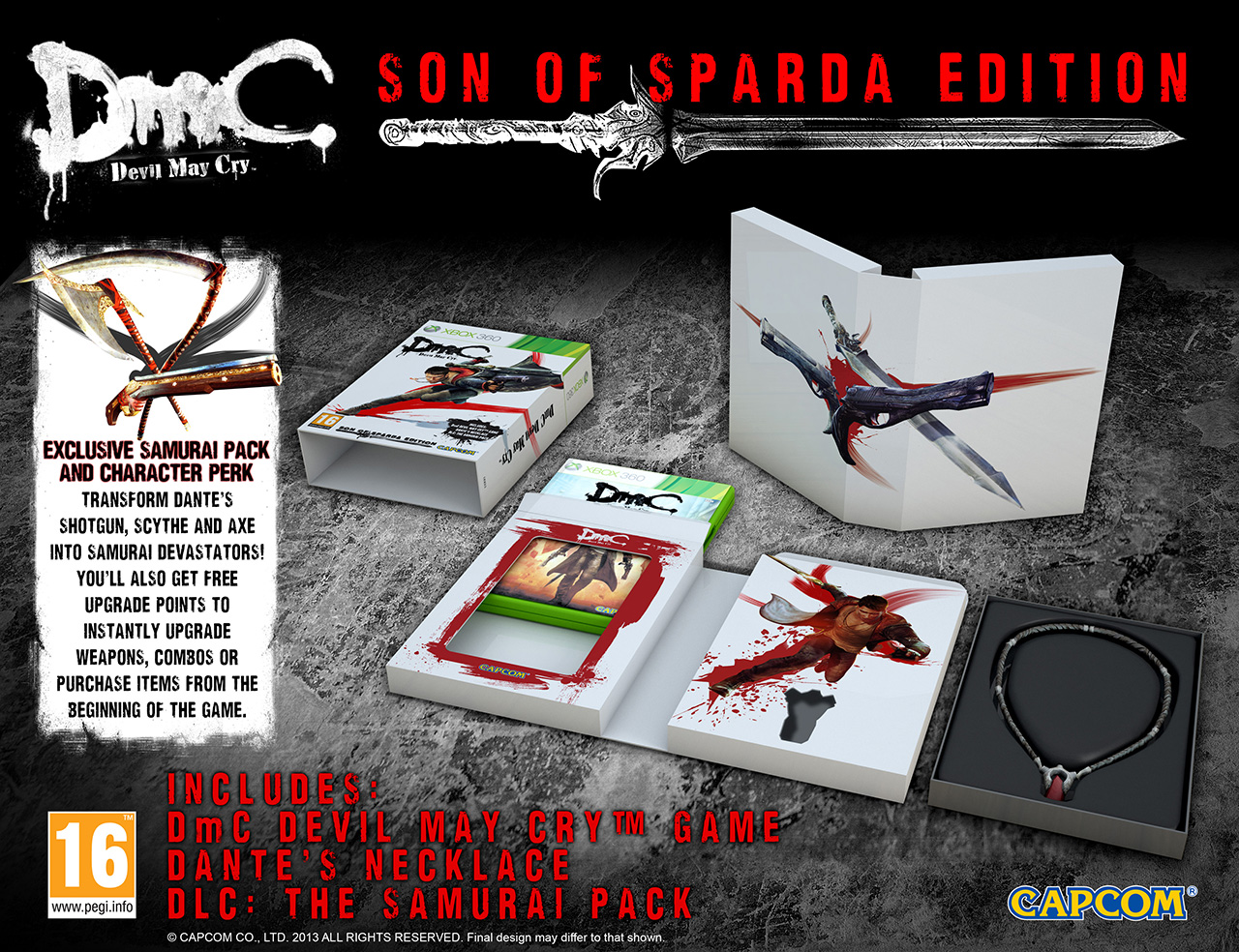