The DLC, which is part of the season pass or available to purchase for 800 Microsoft Points or $9.99, comes with new weapons, new gear, new enemies and a new vehicle all stuffed into the mountainous and swamp lands of Aegrus.

The new campaign will see players traveling to the island of Aegrus for a hunting vacation with Sir Hammerlock. Once there, players will discover a plot to restore the legacy of Handsome Jack. The four-to-six hour campaign will start off with players facing off against level 30 and higher enemies.

The hunting premise ties in tightly with both the game's narrative and its extra missions. Before launching into the campaign, players will have to fight side-by-side with Sir Hammerlock to regain control of a hunting lodge, said James Lopez, producer for the downloadable content.

Once recaptured, the lodge becomes the game's central hub and Hammerlock the mission giver. 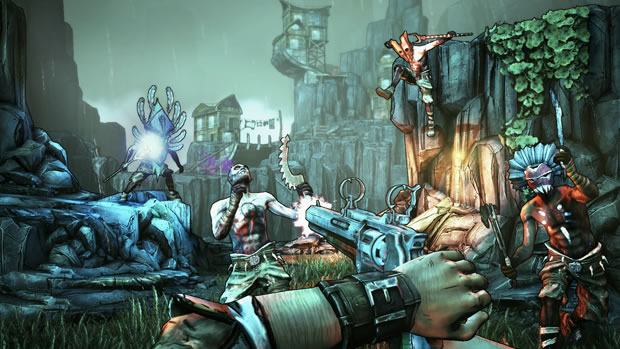 The game's central bad guys will be "savages" a collection of bandits lost on the island years ago who've gone sort of wild, Lopez said.

While the game's main missions will focus on finding and stopping Hyperion's Professor Nakayama's plans to return Jack to his former glory, it will also feature a number of side-quests centered on hunting the island's unique and deadly indigenous wildlife.

These hunts, which have you tracking and killing more than 50 creatures, are made more interesting by the design of Aegrus, a map that has a lot of verticality.

New enemies coming with the DLC include chieftans that can heal other savages and a Voracidous, a seraph guardian stalker that is controlled by one of the game's chiefs.

Other additions include new blue level gear, Hammerlock-themed gear, and a hovercraft vehicle that can be equipped with a flamethrower. 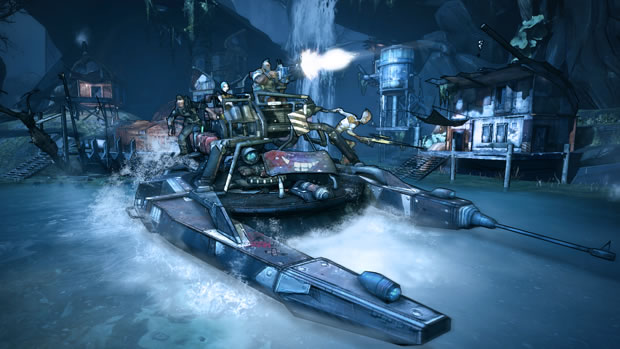