That's a few weeks ahead of Abrams' upcoming Star Trek film, Star Trek Into Darkness, which hits theaters May 17. The game, which is penned by God of War series writer Marianne Krawczyk, takes place between his 2009 reboot, Star Trek, and Into Darkness.

Star Trek will be available at retail on Xbox 360 and PlayStation 3, and digitally on PlayStation Network and PC. The physical console versions are now available for pre-order; doing so will net you the Elite Officer Pack (see image below), which comes with the following five sets of special uniforms and items for co-protagonists James T. Kirk (Christopher Pine) and Spock (Zachary Quinto):

For more on Star Trek, read our preview from E3 2012 and check out two screenshots and the box art above. 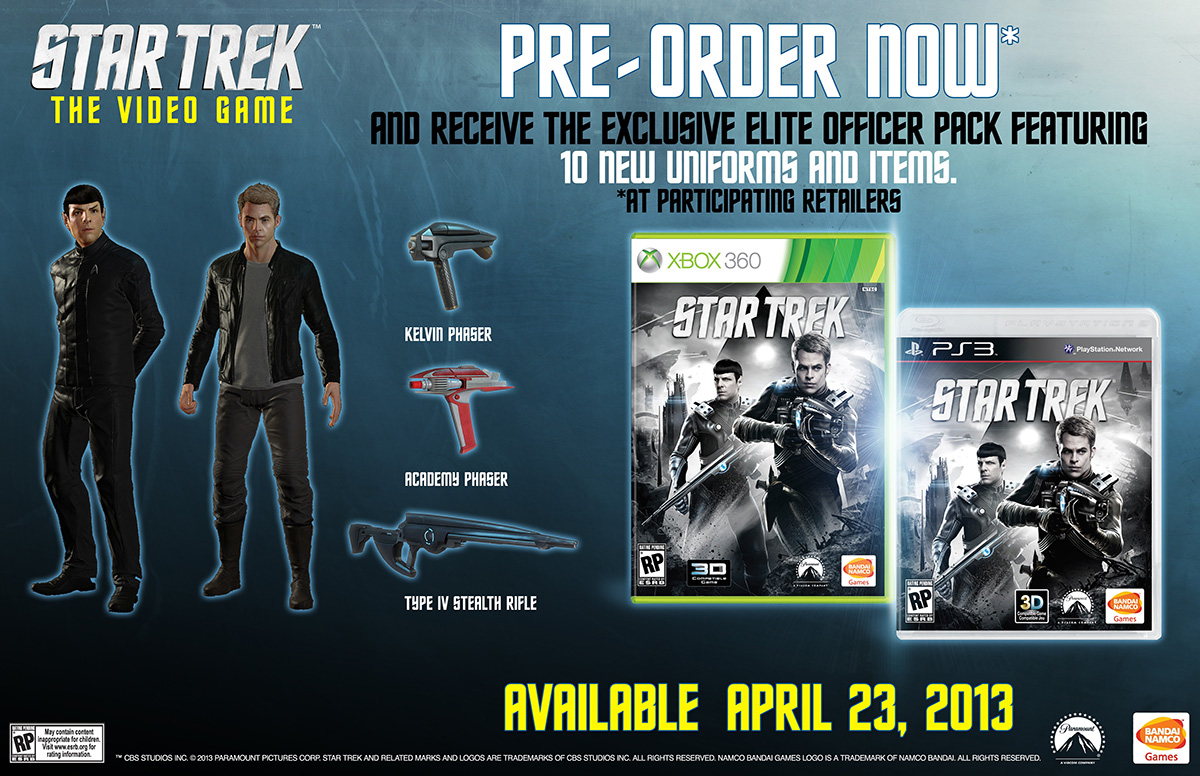