Gift guides are an important part of every holiday season. How else would you figure out what you really want someone else to buy you.

We've been running gift guides all month. They've included guides for crafts, lost classics, gear and books. But really none of them mattered, because those were gift guides for other people. This one is just for you. That's right. Next time someone asks what you want for the holidays just send them a link to this guide.

Inside we've got ten perfect gifts that range from a paltry $4,000 up to a cool $6 million. Don't even bother telling them what you want on the list, because I'm pretty sure you'll be happy with whatever they select, be it a genuine wave gun, the world's largest outdoor television or an actual, sort-of-weaponized mech. 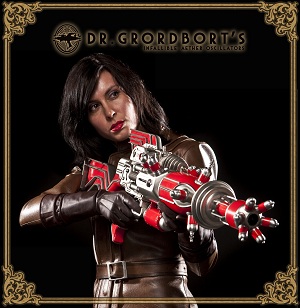 Everyone knows that Dr. Grodbort sells the very best wave weapons around. And if you're in the market for a Man Melter or Saboteur 66, Weta is the only place to buy. (Literally). The Pomson 6000 may be the most expensive of the bunch, but it's also standard issue for Earth's Elite Forces and features a 12 millisecond recharge cycle. ($3,990) 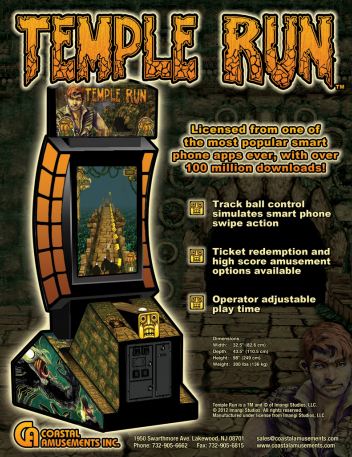 Why pay nothing for iPhone phenom Temple Run when you can pay nearly $7,000? This video game redemption machine uses track ball controls to simulate the smart phone swipe action of the original title. It also dispenses tickets for those prizes you keep stored in the glass case in your living room. ($6,975) 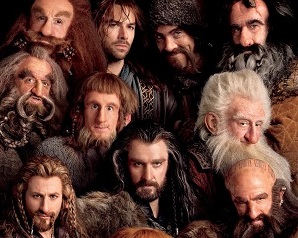 Jersey Jack Pinball is slowly making a name for itself with its high quality, limited edition pinball tables. The latest, due out in mid 2014, will be a machine themed after The Hobbit movie trilogy. The table will include a 26-inch LCD monitor for showing the scores, animation and movie clips. It will also include a digital stereo surround system and a front of game audio jack. And that's really all we know so far about the table. If you have a friend into pinball, The Hobbit and waiting, this is the gift for them. ($7,500)

Don't let the name fool you. Just because PoshTots is selling this spaceship bed doesn't mean you can't order one of these bad boys for an adult. The full set-up includes wall- and ceiling-sized custom space murals, and a custom Twin or Full bed. (Starting at $15,000) 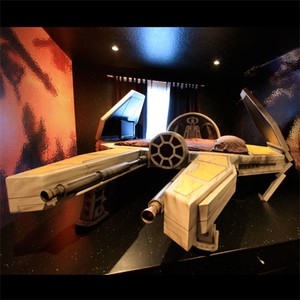 This collection includes all 721 games sold at retail for the Super Nintendo Entertainment System in the United States, Canada and Mexico. Every game comes in the original box and 605 of them come with the original manuals. Think of it as a single purchase toward becoming a Nintendo super fan. ($25,000) 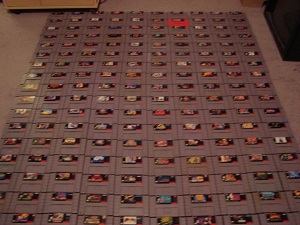 First Peter Cooper built his own Warthog replica, now he's selling it. The amateur film director behind fan-made Halo movie Operation Chastity announced on Twitter earlier this month that he would have to part with the vehicle made for the film. The thing was made by tearing down an old Land Rover Defender 110 and rebuilding it with plywood and fiberglass to look the Halo vehicle. ($28,000 or best offer ) 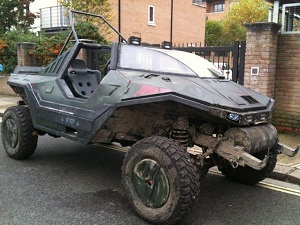 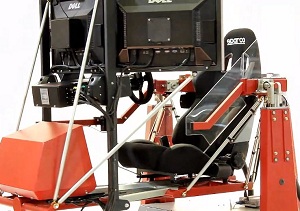 This driving simulator from Force Dynamics includes two computers, built-in WiFi for online gaming and a Gefen wireless HD video transmitter and wireless controls to cut down on the wires on the device. The 401CR can spin continuously as it strives to replicate the jolts and gravity of real race car driving. The simulator can be fitted to support either racing or flight games. ($100,000) 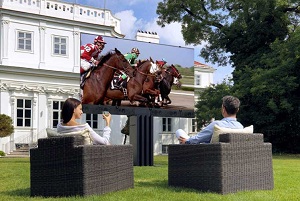 Having a fancy media room is nice, I suppose, but what can beat turning your entire backyard into a media room? The C Seed 201 is a retractable, moisture-repellent 201-inch LED TV that features a robust 100,000 Hz refresh rate. The real genius of the house-sized television is how you store it. The entire thing folds up, storing unseen in a protective shaft in the ground. Pressing a button lifts the television out of the ground in 15 seconds. Once raised up to its 15 foot height, the black column unfolds in 25 seconds. Once fully unfurled, the television can rotate 270 degrees and displays up to 4.4 trillion colors. It connects to a media hub back at the house wirelessly. ($655,000) 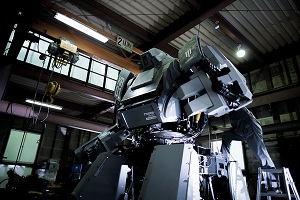 If you're going to buy a vehicle, you might want to pass on the Warthog and instead spring for a fully-functioning, street-ready mech. Weighing in at 4 tons, the Kuratas includes touchscreen controls, interchangeable weapons (currently you can switch in twin smile-activated BB gatling guns or a water-powered rocket launcher) auto targeting systems, and an engine that can get about 6 miles an hour on it's tiny wheels. ($1,350,000) 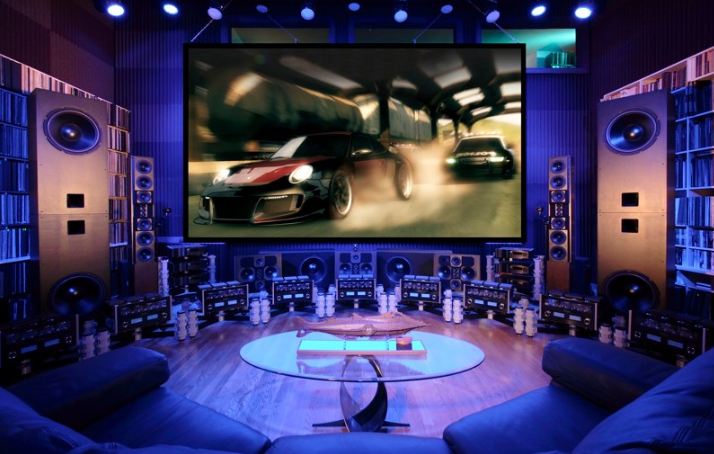 Kipnis Studio aims to create a multimedia room that delivers "earth shattering", "spine tingling" sound and bigger than life-like video. The demo entertainment room created by Kipnis includes a 22-foot diagonal screen and ultra-high-resolution projector, and a multi-channel hemispherical 8.8 and 12.12 surround sound system. The whole thing is tied into a wireless system that allows you to summon up music, TV, movies or games with the touch of a button. It's also loaded up with media players and a PS3. ($6,000,000)