Irrational Games has announced the BioShock Infinite reverse cover poll winner, a design that features Songbird as the focus and not protagonist Booker DeWitt.

The winner, tallying in with 38 percent of the votes, will be printed on the reverse side of the inlay for every copy of the game.

Following controversy about the game's cover image, Ken Levine announced that a poll would allow voters to choose a reverse image from six different designs. The company also plans to offer more covers that fans can download and print at no charge. Levine explained previously that the cover art was not meant for fans of the game, but those who were unaware of the BioShock series.

BioShock Infinite is slated for release on March 26, 2013. Check out the image below. 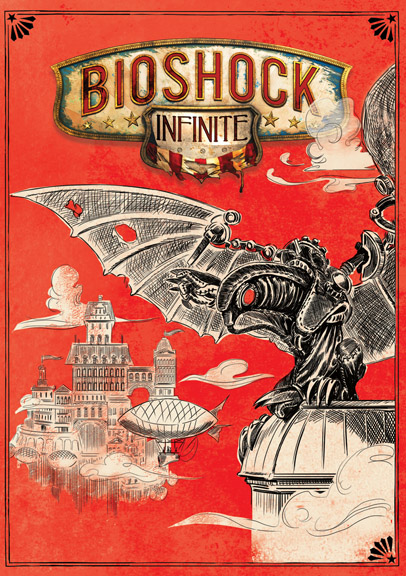