The $12,000 rise and precipitous, predictable fall of the Wii U gray market

Share All sharing options for: The $12,000 rise and precipitous, predictable fall of the Wii U gray market

The console gray market is far from new and people have always found ways to profit off those who desperately want to get their hands on an in-demand product. When the original Nintendo Wii launched, prices for the console on eBay sat much higher than at retail because buyers were convinced it would be hard to find in stores. When the PlayStation 3 released, it experienced a spectacular high on the gray market, with the console selling for upwards of $2000.

Those who jump onto the gray market early on can earn large profits, making hundreds if not thousands of dollars from newly-released consoles. Selling on the gray market, it seems, is a lucrative venture. At least, for a short time.

Polygon decided to track the success of Nintendo's Wii U console on the gray market to find out how in-demand it has been, how much people are willing to pay, and whether any of it will have lasting effects for Nintendo.

Polygon tracked the pricing and sell-through rate of the Wii U from Oct. 19, 2012 to this Tuesday, Dec. 18, stopping exactly a month after the North American launch of the console. We began on Oct. 19 because this was the first day that eBay (in North America) would allow sellers to list the Wii U. Listings that were posted prior to this date were forced to be taken down.

On the day that sellers were able to begin selling their pre-orders, the average price of a Wii U Deluxe bundle was $457.38, the highest price for which it was sold was $530 and the sell-through (the percentage of listed consoles that actually sold) sat at 61.64 percent.

In the weeks leading up to the console's Nov. 18 launch, some of these numbers would climb higher while the sell-through slightly declined. In the week following Oct. 18, people were selling their pre-order receipts for an average of $463.97. In the following week, this jumped to $478.43, then $481.26. On the day of the console's launch, the average price climaxed at $482.93.

"It has a disproportionate effect on other consumers' perception of value of that product."

The highest prices paid for the console were a bit more extreme. The week after eBay sales were allowed, someone paid $610 for the Wii U Deluxe model pre-order. The week after that, $900. The week after that, $999. On the day of launch the highest figure was $701, and in the following week a listing broke the $1,000 barrier (one listing 'sold' for $12,700, but many of the sellers Polygon spoke to who had sold their Wii U Deluxe consoles for more than $1,000 ended up having to re-list their consoles after the buyers fell through). This week, the most expensive Wii U Deluxe bundle sold on eBay was $900, with the average listing going for $366.16.

In the weeks between the announcement of the console's price and the launch date, game retailer GameStop revealed that it has sold out of Wii U pre-orders and the global waiting list had 500,000 customers. Seeing an opportunity to make some money, some of those who had managed to obtain a pre-order decided to sell their consoles.

U.S. seller Andre Chance pre-ordered his Wii U Deluxe bundle from GameStop the day pre-orders were made available. He started bidding at $349.99 - the same price as the console costs in stores. It sold for $700. 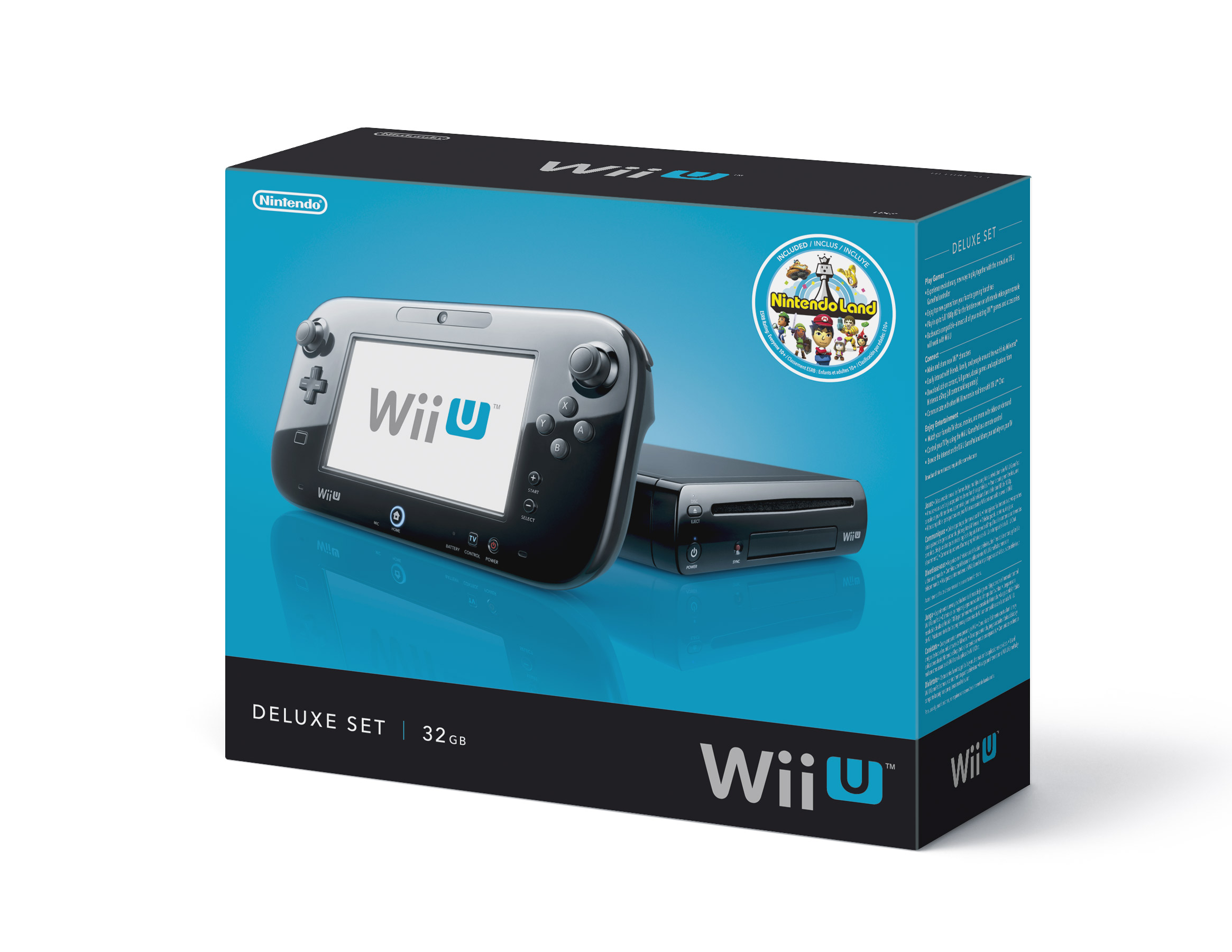 Chance believes that part of the reason his eBay listing succeeded was because he kept his bidding price low.

"I think once people saw that I was willing to start the bid at the retail price of $349.99 and not some ridiculously overcharged Buy It Now price, they were willing to take a closer look at my listing. If I had started bidding at $500, my listing would not have come close to what it sold for."

Another U.S. seller, Ivan Navarro, pre-ordered four Wii U consoles - one for himself, one for his girlfriend, and two intended for his relatives. Upon seeing the demand for the Wii U, he decided to list two of the consoles on eBay, one of which fetched $525.

While Chance and Navarro were able to make a profit on their consoles, there were many more who didn't. As of Nov. 4, 2012, the sell-through rate of the Wii U Deluxe bundle on eBay began a steady decline and, unlike the fluctuating highest bid, it has not gone up since.

Leigh Caldwell, author of The Psychology of Price, is a behavioral economist and partner at The Irrational Agency, a market research company that helps companies develop their pricing strategies. He believes that while the direct economic impact of the gray market may not be big because it tends to deal with small volumes of product, the psychological impacts can be long-lasting.

"There's quite a big psychological effect, especially with a product launch," Caldwell says. "The demand for it and the number of people who want to buy it is strongly affected by the perception of the product, and the existence of a high-priced gray market really affects what people think of what a console is worth."

Caldwell says that when people hear stories of others queueing up for a product or spending lots of money for scarce items, it builds hype around the product and increases its perceived value.

"If people see a console going for $600, or even if they see people trying to sell a console for $1,000 or $3,000 - even if it's not selling, there's still an effect where some people will subconsciously think 'Well, they're trying to sell it for $3,000, it must be worth something like that', even if it never sells for that or even if only a small number of consoles go for that price.

"It has a disproportionate effect on other consumers' perception of value of that product."

Caldwell says that once a product is successfully launched then the market becomes self-sustaining. For any product, he says, especially in the technology market, the demand will depend on how many of that product is already out there. He uses the iPhone as an example. There is a large number of iPhones in circulation and so lots of apps are released for it, which leads to more people wanting iPhones because so many people are making apps for it, which leads to more people making apps for it because it's such a popular phone. It's an example where initial demand becomes self-sustaining.

Publishers and developers can manipulate the gray market to build hype for their products.

This applies to any console, with the idea being if a console has a successful launch and a large install-base, more developers will make games for it, which will make it a more attractive console for people to buy.

By this reasoning, publishers and developers can manipulate the gray market to build hype for their products, but Caldwell says it is difficult to tell when a manufacturer is artificially restricting quantities because, typically, at the launch of a product, the production volumes in the beginning are lower because they may have a smaller number of factories or a smaller number of components available in the first few months. As such, a gray market tends to naturally form without the manufacturer having to manipulate it.

Caldwell adds that market manipulation can sometimes backfire, too. He cites the stock market as an example. If a company has an initial public offering (IPO), they will often release a limited number of shares, which can lead to a first day pop on new stocks.

"They limit the supply and they hope to be able to promote from a PR point of view that their stock jumped 20 percent on the first day, and that's the same effect as the gray market effect," Caldwell says. "But that does backfire sometimes - you'll see companies like Facebook as one of the famous ones. They had a small pop on the first day but it collapsed soon after."

The gray market operates on supply and demand and, as of this week, it seems those who want Wii Us either already have them or are buying them from retailers. As the sell-through rate on eBay continues to dip and the average price inches closer and closer to the recommended retail price, Caldwell believes that the time to make a profit on the Wii U on the gray market has passed.

"There's only a limited number of consumers who are willing to pay extra and those consumers already bought a Wii U in the first week on eBay, so they're not there to buy again in the second week, so it's quite natural that this would happen," Caldwell says.

"I suppose the question for those sellers is are they still following the right strategy by trying to sell it at an inflated price, or should they be cutting their starting bids or be willing to sell for less?"

With Christmas right around the corner, Caldwell believes that there may be an opportunity for some sellers to make a small profit, "but I don't think you'll make big money once the product has been out for a few weeks."

As of the time of writing, the most expensive Wii U Deluxe set on eBay is $10,000. It has zero bids.