That's the kind of debate that NFL fans obsess over, and Electronic Arts' Madden NFL games — in the form of their player ratings — provide ammo for those arguments. The studio puts a lot of effort into determining and maintaining those numbers, but the NFL itself is collecting data that may make that process more accurate and simple.

The NFL has been tracking player movement during Thursday night games this season, with the goal of amassing detailed information that could give the league, its partners and its fans a better understanding of the physics and strategy of football, CBS Sports reported recently. According to a developer at Madden studio EA Tiburon, the data "would potentially revolutionize" the way the team comes up with player ratings, perennially one of the game's most controversial elements.

The aforementioned data, which the league tracks through chips embedded within players' shoulder pads, includes information on an athlete's speed, acceleration, movement direction and jump height. Such data could augment the experience of watching a football game on TV or following along online, giving broadcasters and fans details like the exact route a receiver took. Since one of the NFL's closest partners is Electronic Arts, the video game publisher with which the league holds an exclusive contract for officially licensed football games, the NFL could provide the data to EA Tiburon for the development of Madden titles.

Donny Moore is the man who determines and manages the game's numerical ratings for each of the 2,000-plus players in the league — while his official title is associate producer, he's better known as the Madden "ratings czar." We reached out to him earlier this month to ask about the data and its potential for use in Madden.

"It sounds like a really exciting possibility," Moore told Polygon over email. He also said he had not previously heard about the technology.

Moore described EA Tiburon's existing method of establishing player ratings, which seems like a hassle compared to the potential offered by this new technology. According to Moore, the studio currently relies on few hard data sets — mostly 40-yard dash times from the NFL Scouting Combine, where prospects exhibit their talents for NFL teams — to determine ratings. The Madden developers also watch footage of NFL games to assist in the process, but it's an inexact science that leaves room for debate. That's one of the reasons why the initial ratings, and any changes made to them during the season, spur so many vociferous arguments among fans and the athletes themselves.

"With this new technology, it sounds like we would have the ability to compare any player [versus] any other player and rank them accordingly," explained Moore. "There would be very little room for debate — because now we would have the numbers to end the argument."

According to Moore, the movement data could allow the team to "get a lot more accurate" in determining player ratings, particularly ones such as speed, acceleration, agility, jumping and throw power. Physical attributes like those tend to be difficult to judge without hard data from real-world measurements, which are exactly what the tracked movement data might offer.

But the NFL is currently tracking data only for "handfuls of players," according to CBS Sports, which wouldn't be nearly as useful for the Madden developers. "What is key here on our end is to get a complete data set," Moore said. 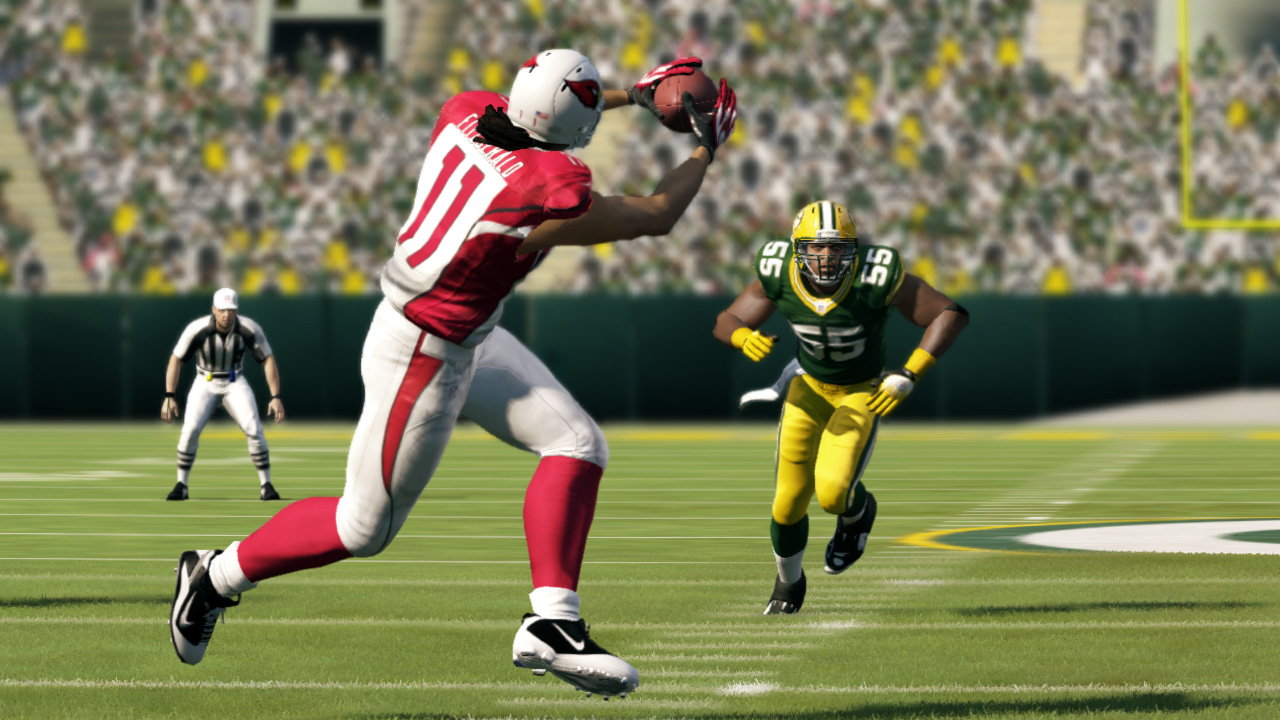 It remains to be seen whether the NFL will expand the tracking program league-wide. And the initiative is in its infancy, so it would be a few years at least before the league might begin to provide data from it to third parties. If that happens, and Tiburon gets movement data for every player, it could be a watershed moment for Madden ratings. The information would certainly help the developers figure out initial ratings for the game's launch, but it could prove particularly useful in putting together Madden roster updates.

Tiburon releases a new update every week during the NFL season, revising players' ratings based on their real-life performance. Imagine a scenario in which the league collects data during its weekly games on Thursday, Sunday and Monday, and then sends it to the developers on Tuesday to produce a roster update that Madden players would download on Wednesday.

"This would add a new layer of player authenticity that we would love to include," said Moore.