Share All sharing options for: Emo, Skrillex and Perfect Strangers: The odd inspirations of Jason Oda

I'm not a fan of club musician and dubstep cynosure Skrillex. At least I didn't think I was, but I've spent hours over the past week listening and relistening to the looping tracks from his 2011 Bangarang album.

It's not that I'm suddenly into the fractured cacophony of, say, "The Devil's Den," it's that I can't stop playing the Skrillex web browser game.

It's the creation of Jason Oda, an artist who stumbled into a job making web games that double as viral advertising. His 50 or so creations ping-pong between the mundane (games created to showcase Hotels.com or Meow Mix) and the surreal (playable experiences developed for bands like Fall Out Boy and Breaking Benjamin.)

When he's not getting paid to make promotional games, he spends his time developing games meant to promote his talent and unusual take on pop culture.

That's what landed him in a one-man career turning music, kitty litter and price-checking sites into online diversions. 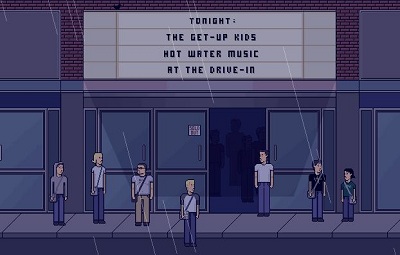 Emogame both embraced and mocked the emo movement.

Oda, 34, of Brooklyn, says he was studying art at the Rhode Island School of Design when someone told him he should learn Adobe Flash. Tinkering around with his budding new skill set, Oda designed his first game, an online Flash title about the emo music scene.

"It was my 15 minutes of fame about 11 years ago," he said. "That's definitely sort of in the past. It was always sort of half making fun of that scene and half liking it."

It was Emogame 2.5: The Anti-Bush Game, and the attention it drew, that landed Oda his first paying gig making games.

Since then, Oda says that he's tried to create at least one original, unpaid game a year to help promote himself.

It was one of these one-offs that ultimately landed Oda the Skrillex game.

Nothing's Gonna Stop Me Now is the perfect blend of kitsch and cute. The game has players chasing their dreams to the theme music of 80s to 90s popular sitcom Perfect Strangers. After typing in your dream, players control Balki as he runs through a colorful series of settings picking up stars, all with the song playing in the background.

The odd, out-of-left-field game became an overnight Internet sensation, even drawing the attention of three of the show's stars.

Mark Linn-Baker, the show's cousin Larry, wrote Oda to say he loved the game. Bronson Pinchot, who played Balki, complained on TMZ about how his pants looked in the game. Melanie Wilson, who played Larry's girlfriend, wrote Oda as well.

"Your game seems to have created quite the buzz," she wrote. "It is such a positive, light-filled, wondrous piece of work, so inventive, so wildly creative that I had to write a quick note to thank you for your take on the message that we were lucky enough to be a part of years ago. I adore what you have done with this and feel such delight that you are trying to help people make their dreams come true."

Oda said he settled on Perfect Strangers for his annual game because he thought it would spark some attention and because he also loved the song.

"That theme song," he said. "I think it's the greatest theme song ever, it makes you think all of your dreams are going to come true when you hear it.

"I guess the stuff I do is weird. But I don't think it's weird." 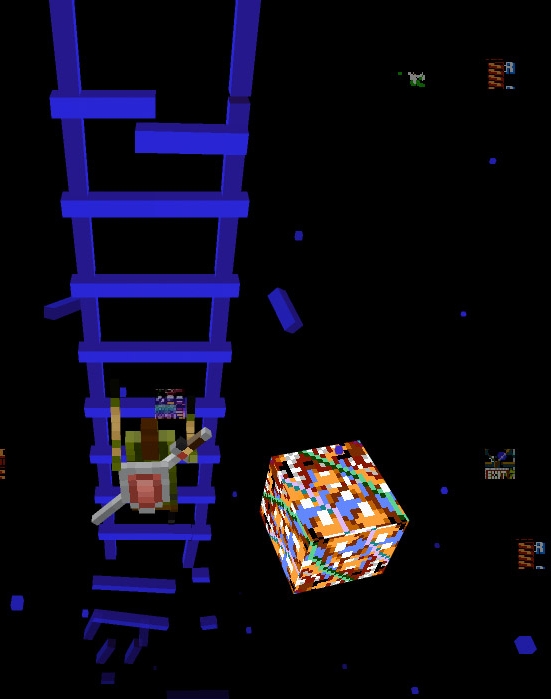 It was the Perfect Stangers game that ultimately led to Oda's most recent bit of playable viral marketing: Skrillex Quest.

"Skrillex saw the Perfect Strangers game and he was like, ‘I wish we could do stuff like that,'" Oda said.

The musician's manager put Skrillex, real name Sonny John Moore, and Oda in touch with each other and the two started working out what Skrillex Quest would become.

Skrillex left much of the detail in Oda's hand, setting up a few guiding principals instead of detailing what he wanted the game to be.

"He basically said use his music in it, don't use him too much, don't use anything that is going to make people be sick of him or annoyed by his music," Oda said.

Eventually, Oda came up with the concept of putting players inside a game that is breaking down, and tasking them with finding the glitch in the game's cartridge.

The end result, the product of two to three months of 12-hour-days, is a game that seems to draw from sources familiar to fans of video games. The art style is reminiscent of video game indie sweetheart Sword & Sworcery and a bit of the game's aesthetic and plot seem pulled from classic Nintendo title The Legend of Zelda. Even the setting of the game, a golden cartridge malfunctioning because of a bit of dust, is a reference to the Nintendo title.

While the game leans heavily on other video game references, the underpinnings of the story were built around the lyrics found in Skrillex's song 'Summit'.

In Skrillex Quest, players control a hero tasked with saving the glitching world by finding the "sullen heart ticking under the ground" that belongs to a dead princess.

The art, like the music, is a mash-up of experiences packed with bursts of color and graphics. The entire game is also steeped in references to death, to despair, to the hopelessness of love

Oda said he filled Skrillex Quest with hidden objects, bits of narrative and commentary meant to be uncovered and discovered through multiple play-throughs. Once a player finds their way to the inevitable ending, something Oda says you can do without even touching the keyboard controls if you want, the game concludes and offers up a scorecard. My attempts never netted me more than 33 percent. Achieving 100 percent, Oda said, would "really take a lot of time."

Perhaps what's most interesting about Skrillex Quest is that while it rewards effort, it's a game that doesn't really have to be played to be enjoyed.

"The way I try to design the games," Oda said, "is if you're terrible at games and don't do anything you can pretty much win. You can't really die."

The way Oda explains it, that's a decision born out of the pragmatic realism of a person who designs games that are really meant to be advertisements. But experienced firsthand, it feels more like it's a choice driven by someone who wants everyone to fully experience their creation.

Skrillex Quest may not be Oda's last bit of adver-gaming, but he says he can see the writing on the wall: Playable browser-based ads are a dying breed, the victim of a sharp increase in the popularity of mobile gaming and a dearth of talented web ad games.

Unconcerned about the money, Oda continues to plug away on his first game.

"I'm working on my first iPhone game now," Oda said. "But you know... this is sort of... I haven't figured out how to monetize it."

Unconcerned about the money, Oda continues to plug away on his first game, something that he says will look and play a lot like Skrillex Quest, only without the dubstep.

"It looks exactly like Skrillex Quest, but has nothing to do with Skrillex," he said. "It takes an entire role-playing game, a 100 hour experience, and condenses it into five or seven minutes."

And he will continue to make those games he describes as "web garbage," the titles paid for by big ad agencies that neither ask nor allow for any Skrillex-Quest-like creativity.

"Hopefully if you're a creative person who knows how to do your job you can cater to whatever it is that you're supposed to be doing," he said. "It's just a matter of being able to adapt to whatever audience that you know you are going for."