GameStop is now offering an exclusive Nintendo 3DS case for those who pre-order the upcoming 3DS title Castlevania: Lords of Shadow - Mirror of Fate through their stores or website.

The case, shown below, depicts playable characters Trevor, his son Simon and the now famed vampire Alucard. Also playable in the title's prologue is Dracula, not featured on the case.

Mirror of Fate was first announced in May for the handheld device. The game is set 25 years after the events of Castlevania: Lords of Shadow and reveals the story of the descendants of the earlier game's protagonist Gabriel. The game is scheduled to launch on March 1, 2013. 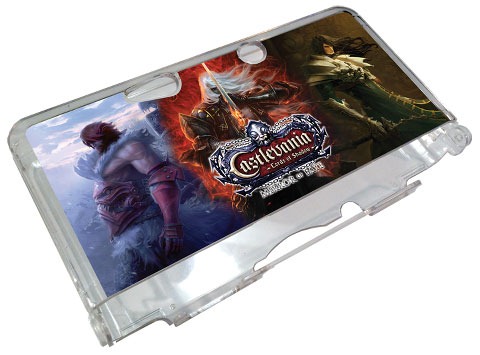