Developer Sumo Digital's second Sonic take on arcade racing — combining ground, water and air travel — is inventive and humorous and fresh. It's a kart game with the same degree of reverence other developers give to photorealistic racing sims, which isn't surprising — Sumo Digital's roster includes veterans from the Project Gotham series and arcade racer Split Second, among other titles.

But it's not just a unique spin on the typically stale kart racing genre. Sonic & All-Stars Racing Transformed is a reverent ode to various characters who have fallen out of favor after a decade-plus of mistreatment by the publisher. Transformed is a far better homage to Sega's past than its recent string of remakes and reboots. In fact, it may be a better game than those original classics I grew up on.

"Transformed" in the title refers to the game's vehicles, which transform seamlessly from kart to boat to plane throughout each race. While the elements affect the race in unique ways — earth is stable, water ripples into unpredictable and bumpy waves, and airs adds a vertical-axis — the vehicles are consistently easy to handle. The cohesiveness of the game is thanks in part to the central drift mechanic, used to gain boost while cutting tight turns. Drift works on land, over water and in air, and it's intuitive enough to make even the first time racer feel like an expert.

If anything, Sonic & All-Stars Racing Transformed is more enjoyable free of context 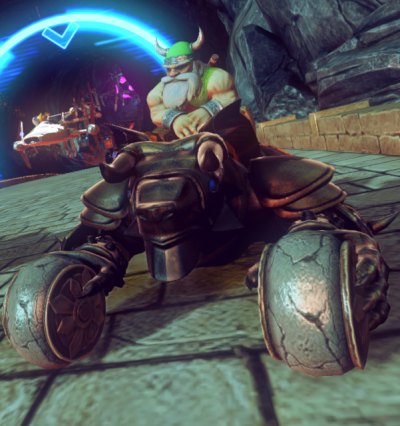 In traditional three-lap races, ten competitors barrel through lengthy tracks paved in relics of Sega games both iconic (Sonic the Hedgehog) and not-so-iconic (Burning Rangers). The tracks evolve by the lap, floors giving way to hidden underground water veins or cresting into the open sky. The surprising and unstable terrain makes for a fitting follow-up to Transformed's predecessor, which played with physics, space and color to create loopy races that felt more like vision quests. The addition of boats and air have allowed the artists and designers to go further down the rabbit hole.

An example that stuck with me is a Nights track (based on the cult Sega Saturn game). The racers bounce across a pastoral landscape, through a child's bedroom and into his macabre nightmares. Not restrained to solid ground, the courses can go practically anywhere, and they do: dungeons and haunted houses, future and feudal Japan, inner computers and outer space.

Even if you're not a fan of Sega, there's pleasure in how each turn in Transformed reveals something bizarre, surreal and spectacularly imagined. If anything, it's more enjoyable free of context. If you don't know why a ninja, a hedgehog, a space pop star and a competitive rollerblader are racing through a child's bedroom in airplanes, all the better. Who needs drugs? For the hardcore Sega fans in the audience, Transformed continues to lather on the fan service, looping in characters and tracks from beloved, but less successful games like Skies of Arcadia. 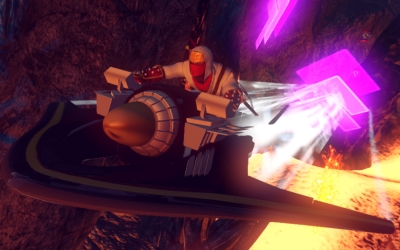 Sonic & All-Stars Racing Transformed's World Tour Mode has been plotted so that even if you've never played a kart racer, you will have a favorable chance of completing the entire campaign. "Rubber banding," a common kart racer design technique in which the computer's artificial intelligence makes it easy for the racers near the back to catch up to first place, has been removed from the formula in Transformed.

In fact, the design as a whole is a little unusual. Before each race the player chooses how many stars they'd like to compete for. To win one star, the racer must place in sixth place or above; third place or above for two stars; and first place for three stars. When selecting how many stars you're competing for, you're also choosing the overall skill of your competitors from easy to medium to hard.

Here's the catch: If you choose to compete for only one star, getting first place won't reward three stars. You have to pull a Babe Ruth, calling your position before the race, if you want to earn the maximum numbers of stars. 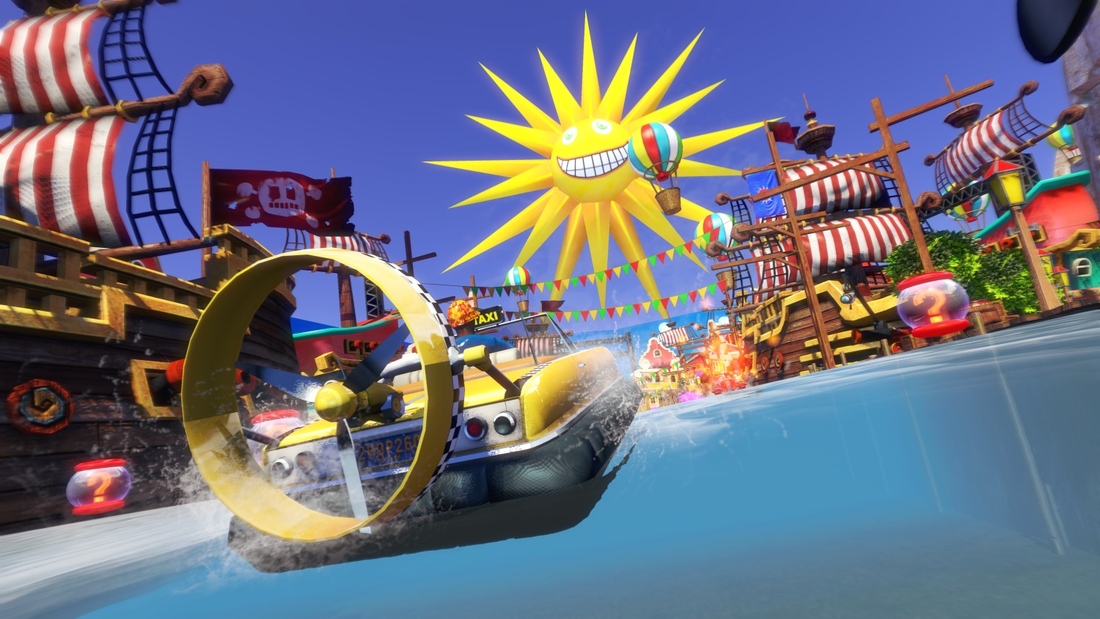 Races and Arena Battles are available both online and locally. The online multiplayer's matchmaking and lobby system are fine, but I was unable to find enough players online to stress test the online infrastructure — and this was while playing post-release. It took five minutes just to get into an Arena battle.

Up to four players can play offline split-screen multiplayer. The Arena Mode is standard fare — use items to knock out friends. It is at least more balanced than the same mode in its predecessor.

As expected, though, the chaotic racing is the best part of the package. With four players, the tracks are a wonderful mess of explosions, projectiles and vehicles, all careening forward at ridiculous speeds. Sonic & All-Stars Racing Transformed is perfectly enjoyable alone, but it's better with friends.

The star system is a little confusing at first, but ultimately the format skews how you approach each race. Simply placing in the top six or three can be as exciting and fulfilling as placing first. And because you don't have to place first or even third to "win," the game doesn't have to patronize you by slowing down the other racers.

Completionists will eventually want to return to tracks to earn more stars, which are used as currency to unlock characters, vehicle modifications, and additional races. The star system offers plenty of post-game motivation. There's a locked-off bonus cup, and you will eventually need to earn every star if you want to unlock every track and character.

Circuits are speckled with bonus challenges, such as hitting dozens of boosts in a single lap, drifting over specific lines, or avoiding traffic. None are as well-produced as the straightforward races. They limit the vehicle to either land, air or sea, and rarely include track transformations. But they are a welcome break nonetheless. They're brief, as not to wear out their welcome, and they have the player engaging with the tracks in different ways than "Get from Point A to Point B the Fastest." 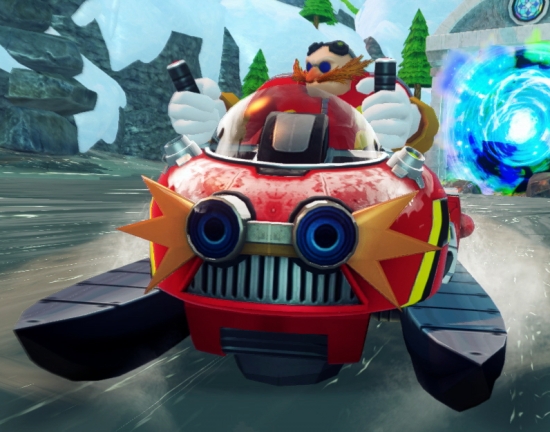 Sonic & All-Stars Racing Transformed shows daring and passion for the Sega brand. Who could have predicted that a take on the most humdrum genre in video games would spice up a publisher that, over the last decade, has taken to resting on its laurels? Sonic & All-Stars Racing Transformed is a welcome wild card of a racing game, a surreal experience that anyone can enjoy â even without knowing a lick about a certain talking hedgehog.

But for fans of Segaâs legacy, itâs something more. Sonic & All-Star Racing Transformed allows me to revisit those worlds I loved as a child, to catch up with those characters in a wash of nostalgia. Here are all of the great songs and stars, flush with bright colors and silly in-jokes. Itâs all of my fond memories without any of the overwhelming disappointment of actually revisiting them.