Injustice: Gods Among Us gets its own action figure line

Share All sharing options for: Injustice: Gods Among Us gets its own action figure line

Injustice: Gods Among Us, the DC superhero fighting game from Mortal Kombat developer NetherRealm Studios, is getting its own line of action figures next year. First up, Green Arrow and recently announced addition Deathstroke.

DC Comics announced the Injustice line today via its blog, saying the characters will be released in two-pack sets beginning in April 2013. Joining Green Arrow and Deathstroke at the toy launch will be Wonder Woman paired with Solomon Grundy. The 3 3/4" scale action figures will be modeled after their in-game interpretations and will be "highly detailed and articulated," boasts DC.

In October, NetherRealm Studios creative director Ed Boon announced that Injustice: Gods Among Us would also spawn its own comic book series published by DC.

Each set of Injustice action figures is set to retail for $29.95. To date, 13 characters have been announced for the game.

Injustice: Gods Among Us is scheduled for an April 2013 launch on PlayStation 3, Wii U and Xbox 360. 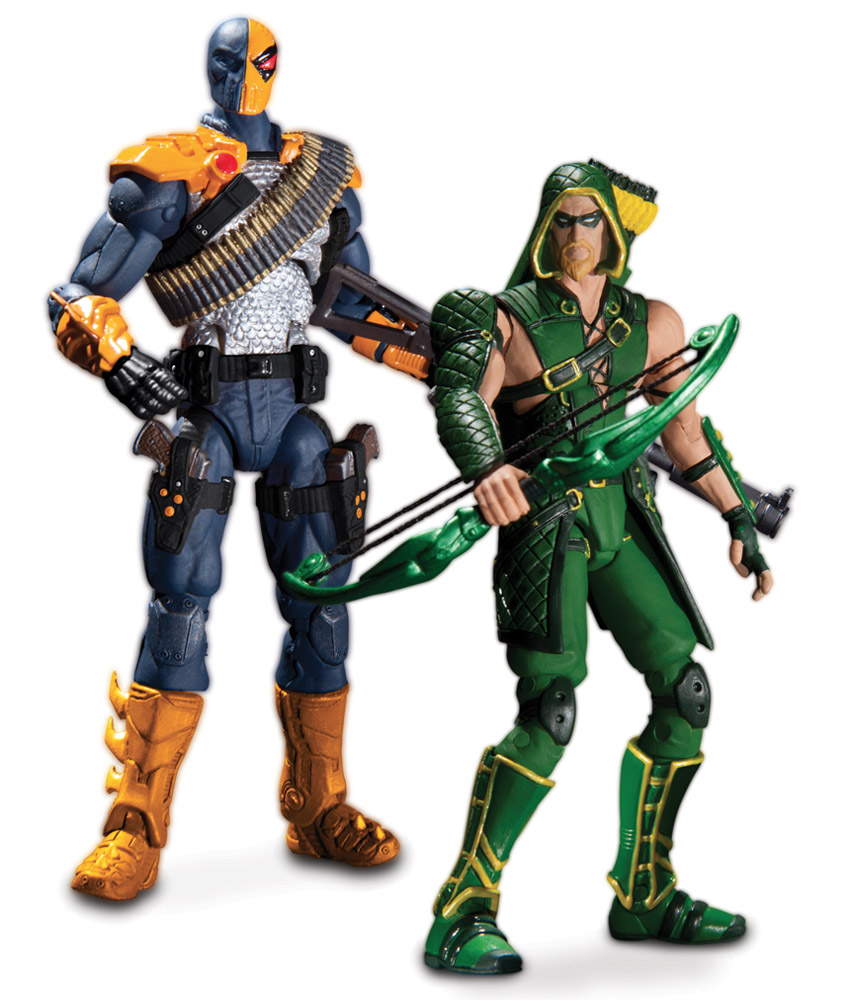