Share All sharing options for: The fuzzy, noisy, disorienting game inspired by data and moon landings

It begins as a blur. Everything seems to be moving while being still at the same time. Objects and shapes are fuzzy and noisy, treading the line between existence and hallucination. The air vibrates, the ground is wobbly, one minute it's there, the next it isn't.

Memory of a Broken Dimension is a disorienting — disturbing, even — experience. That's exactly what its creator, Ezra Hanson-White, wants it to be.

An indie developer from Seattle, Hanson-White doesn't find his game all that disorienting; at least, not any more. Sometimes the shape-shifting black and white levels he's created confuse him — just for the briefest of moments — but that confusion doesn't last long. What is foreign and disorienting for most players has been carefully crafted by Hanson-White. Every flicker of the screen, every object fragment, every sudden and striking flash of light is all part of the level design that he's spent the past year and a half working on.

Hanson-White wants players to explore an environment that is, at its core, a data transmission.

Memory of a Broken Dimension is unlike any other game. Speaking to Hanson-White, he seems content with this. He knows it provides a strange experience and he knows that its purpose seems unclear — that's the point.

"The general idea behind the game is like if you received a strange USB memory stick in the mail and it had no writing on it and you had no idea what it is, and you decided to put it into your computer and it boots up this weird looking game," Hanson-White tells Polygon. "So as the player you're kind of discovering what this program is and the purpose of this computer system. At the same time you're kind of restoring its functionality, you're rebuilding it." 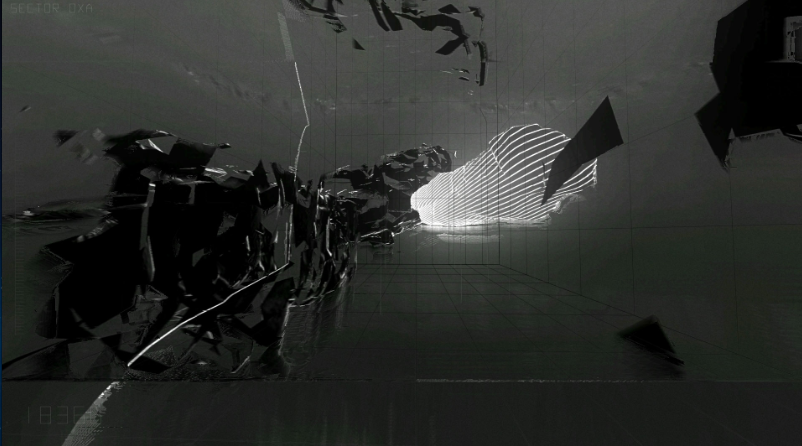 "There are really cool ways that people can explore places far away ... so a lot of the ideas of the game are kind of 'What if you could project or send some kind of craft out there and almost get a virtual reality feed where you could go in and explore it from the first-person perspective?'"

Hanson-White wants players to explore an environment that is, at its core, a data transmission. Memory of a Broken Dimension is a player's voyage into the depths of a stream of data — a glitchy world inspired by far away places and distant communication. It imagines a world that is built from the signals sent from a rover that has landed on another planet. But the game isn't just about wandering through a disorienting space. Hanson-White wants for there to be a sense of discovery and for players to restore this broken dimension they've found themselves in.

"I'm hoping that people will think that there is beauty to it and also a sense of mystery."

On the surface, Memory of a Broken Dimension is a big cloud of noisy data. It feels raw and chaotic, like waves of abstract information hitting a beach or tall grass blowing in the wind. But once players take the time to explore the world, they'll find that what seems like fragmented objects can actually come together to create recognizable forms. In one level there's a room with a set of stairs and, spatially, all the pieces that make up these objects are there. From certain angles, these pieces look liked shattered triangles floating in the air. When viewed from the correct angle at specific positions, all the shards come together to form stairs which can be climbed.

"The mechanic is finding these specific perspectives to make the objects physically solid so you can walk on them," he says. "It's a bit mind-bending, but there is logic to it, so it's not entirely confusing. If you uncover one viewpoint and, say, climb the stairs, you'll find new viewpoints." 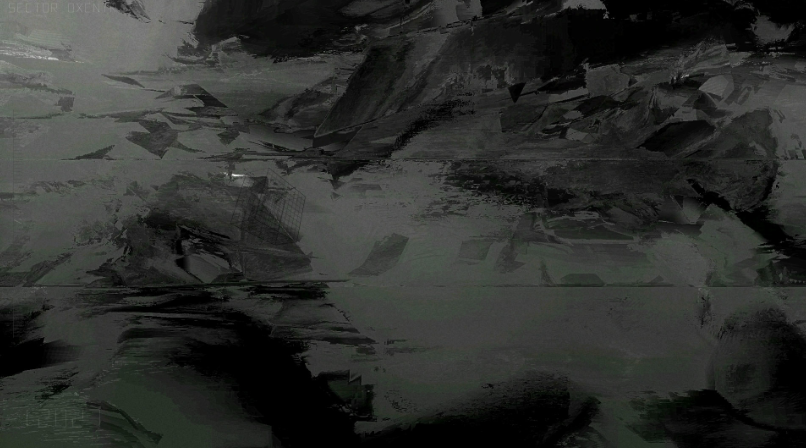 As experimental as Memory of a Broken Dimension looks, Hanson-White still wants to experiment some more. He wants to create levels that are the polar opposite of his current claustrophic levels where players explore wide, open expanses with clear objects. He wants to play with the idea of the game being a psychological horror by creating a fictional system where the player interacts with another consciousness and slowly realizes they're not alone in this world of data. He won't say what happens once the player restores the game world and the floating shards come together to reconstruct it — he wants to leave it for players to interpret it themselves. Mostly, he just wants players to run around and play in it.

"I hope it's kind of refreshing and different and I'm kind of going along making it thinking that it might not have mainstream appeal, but I think there are people out there who will enjoy it," he says. "I know there's gotta be some people out there who want to play something like this because in some ways I'm kind of making it for my own enjoyment, but I want other people to enjoy it.

"I'm hoping that people will think that there is beauty to it and also a sense of mystery. I want them to feel rewarded by investigating what's inside the game and slowly uncover things."

Memory of a Broken Dimension is currently in development.