Jones is the most successful amateur golfer of all time, dominating the amateur circuit and winning nine professional championships over the course of his career. He retired in 1930 after completing the Grand Slam of his era — winning the open and amateur championships in the U.S. and U.K. — at the age of 28. Jones went on to co-found and help design the famed Augusta National Golf Club, which opened in 1933. He also co-created the Masters Tournament, which has called Augusta home since 1934, when it began as the Augusta National Invitation Tournament.

Watson turned pro in 2003 and had never won a major championship before surviving a sudden-death playoff to win the Masters this past April.

Check out the full box art for the Masters Historic Edition below. Tiger Woods PGA Tour 14 is set for release on Xbox 360 and PlayStation 3 in 2013. 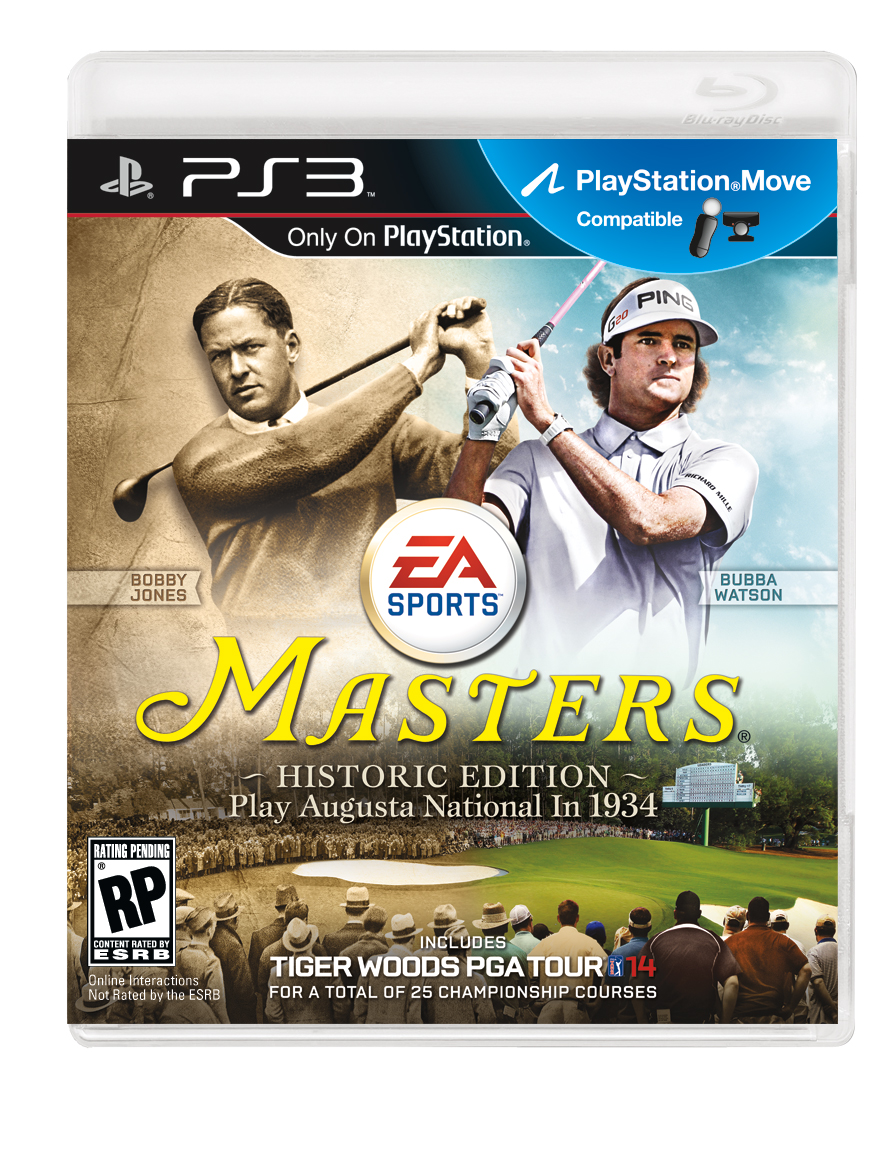