These days, a month doesn't go by without a new "must have" game. It's near impossible to keep up.

I'm not talking about indie games. I'm talking about games from major publishers that dozens if not hundreds of people worked tirelessly to create. Bold, inventive and expensive games that, for one reason or another, came and went all but forgotten. You might call them cult favorites, hidden gems or bargain bin specials. We call them lost classics.

From a cursory glance, a lost classic might appear to be straightforward genre fare. But beneath the surface, these games tend to twist what we expect from a shooter, a role-playing game or an action-adventure title. On this list alone, there's a Tony Hawk-inspired gore fest, a literary post-apocalyptic puzzle-platformer and a spaghetti western melodrama.

Time has passed since the release of these lost classics. Their prices have dropped by the month. Now you can grab most of these oddballs for less than an Andrew Jackson. They're perfect for the budget-conscious secret Santa — far better than a forgettable gift card. 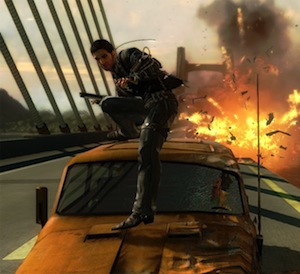 Just Cause 2 is my favorite game of this console generation. The open-world sandbox title delivers on the potential of its genre, allowing its player to perform the most spectacular action film imaginable. Weapons are plentiful, but the real joy comes from the game's thrilling sense of momentum. The tropical island is littered with planes, cars, tanks, motorcycles and boats, but the most reliable form of transportation is a grappling hook and parachute. Just Cause 2's pleasure is had in finding the bizarre and beautiful secret places tucked into the gargantuan map. The game's complex controls scared away some critics at the time of its release, but what you put into Just Cause 2 it rewards tenfold. 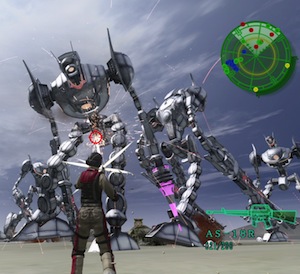 Ugly, broken and utterly lovable, Earth Defense Force 2017 is like a drunk puppy. Sure, it's barely able to stand up straight, and sure, it barfed on your shoes, but it's trying so hard to please that you can't help but love it. Earth Defense Force 2017 only does two things, but it does them well. 1.) It lets you fight giant space monsters with rocket launchers. 2.) It lets you destroy entire cities with rocket launchers. In between, you'll experience your share of bugs, and you'll have to wade through some muddy graphics, but once again: giant monsters, apocalyptic destruction, rocket launchers. 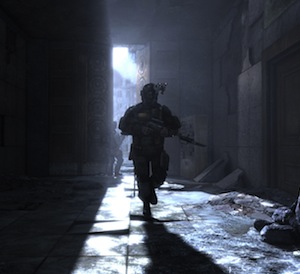 Metro 2033 is the first-person shooter for people who complain about first-person shooters. You don't like shooting things? Good, it doesn't want you to. Bullets are worth money in the post-apocalyptic subway of Metro 2033, so preserving ammunition is vital to survival. You find the behavior of first-person characters reprehensible? Great, Metro 2033 does, too. Take up a prostitute's offer and the game will punish you in its own morbid way. If possible, play the game on PC, where it can showcase some stunning graphical trickery and an optional Russian-language audio track.


Call of Juarez: Bound in Blood

Before Dead Island, Techland developed the unusual spaghetti-western Call of Juarez: Bound in Blood. Released in the summer of 2009, nearly a year before Red Dead Redemption, the first-person shooter had players taking the role of two different protagonists. Each had his own unique abilities, story and divergent story paths within a mission. Its dueling, usually pinned at the end of a stage, remains the best representation of the bloody battle in video games. The story is laughably incomprehensible, much like the sloppy westerns that inspired it. For a taste, read the mind-boggling Wikipedia synopsis. 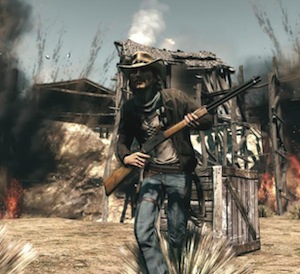 "Tony Hawk's Pro Skater meets third-person shooting" is how I imagine The Club was pitched to SEGA. Developed by the defunct Bizarre Creations (Project Gotham Racing series, Geometry Wars), The Club orders its players to race through buildings under an allotted amounted of time, shooting people, power-ups and steel targets to earn points. The game has a macabre sense of humor. It's neither cinematic nor tactical like other members of its genre; rather, it plays like a cross between a 2D shooter and a 3D racer. 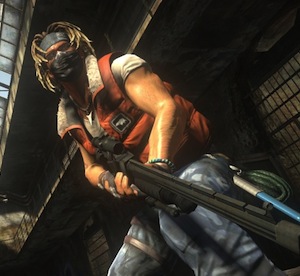 The Wii isn't known for spectacular graphics. Muramasa: The Demon Blade, with its hand-drawn 2D animation, is the rare exception. Inspired by Japanese mythology, the action-role-playing-adventure isn't the most approachable game on the list. The steep difficulty curve and dense forging mechanic won't entice those on the fence. But for those wanting a hardcore, affordable Wii game, perhaps to test out the Wii U's backward compatibility, Muramasa comes recommended. 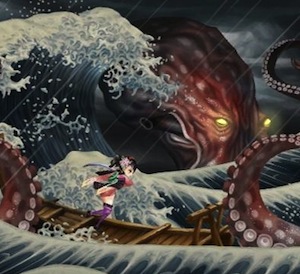 Enslaved: Odyssey to the West

Enslaved is an adaptation of Journey to the West, the ancient Chinese tale by Wu Cheng'en. I use "adaptation" in the liberal sense. The original wasn't set in a post-apocalyptic world burdened by robots. Nor did it feature motion-capture superstar Andy Serkis. The wacky premise is held together by a smart and humble script, penned in part by Alex Garland (28 Days Later). The game's a potpourri of stealth and action, cutscenes and puzzles, making it a difficult game to describe with a short synopsis, but a joy to play. 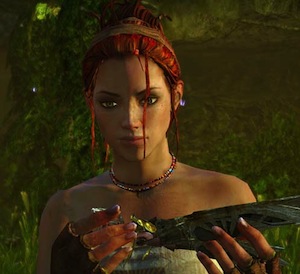