So you're on vacation, partying with your friends, when you decide, "Hey, let's go skydiving!" A reasonable thought, if ever there was one. Slightly less reasonable: skydiving over an island you've never actually been to before.

Unfortunately for you and your compatriots, the island you picked is packed to the brim with pirates, paramilitaries and vicious, man-eating beasts of the wild. Not exactly Tahiti.

Far Cry 3 demands that you survive this dangerous landscape with only your wits ... and a ton of ammo. It's not an easy task, which is why we enlisted ten of the developers behind the game to offer up some helpful advice on how to best stay alive in such a harsh landscape.

KEEP AN EYE OUT

"Just because you killed every threat you can see, it doesn't mean you're safe. Eventually someone, or something, will find you. Stay aware of your surroundings and don't rest on your laurels." Kieran O'Sullivan – Character Technical Director

HAVE A PLAN B

"When I'm driving around the Island, I always place a C4 somewhere on my truck. This way, if I get caught by a roadblock with pirates, or if I'm being chased – I can always leave the truck, vanish in the jungle and let the enemies search for me around it. Then I hit the plan B button." Vincent Ouellette – Level Designer 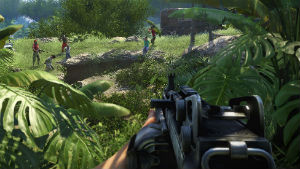 "First, I scout the outpost with the camera from several angles to identify where the alarms are. Then I use a sniper rifle to quickly disable all of them, or most of them. In some cases I disable 2 of 3, and then I just rush in the base and quickly destroy the last one. That way I ensure that the pirates won't trigger it and call for reinforcements." Zsolt Bakonyi - Graphics Technical Director 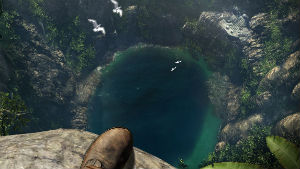 "C4 in hand. I sneak around the enemy outpost and place it on every vehicle I can find. Once everything is ready, I move to the outskirts of the area and find cover. Make some noise with a rifle or a grenade, become the target and draw their attention. Then, you make the world around them go BOOM. Michael Bay style, that's how I roll." Francois Messier - Level Designer 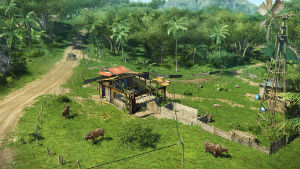 HEALTH ABOVE ALL ELSE 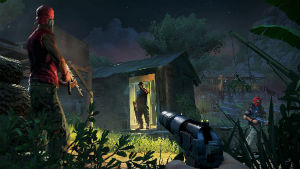 "Outposts can be deadly and a joyful pain to deal with. Know that aggressive animals can be your friends and can be used to your advantage. Shoot the cage and unleash the fury." Daniel Gagné - Graphic Designer Hud & Menus

"When you're sneaking around and you hear a feline purrrrr sound behind you, take out your shotgun. It's best to assume it's not a kitten." Etienne Blythe - Level Artist

ARMED TO THE TEETH

"Upgrade your weapons holster as soon as possible; having a wide arsenal on hand to get rid of Rook Islands vermin is key to success." Guillaume Beaulieu - Dev. Tester 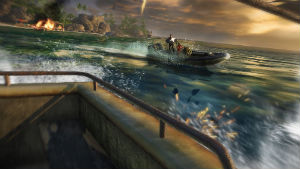 "Throw a rock and get those curious guards around the outpost to investigate the noise. Then, when you feel confident they are isolated from their buddies, it is time to harvest." Dave Lynch - Gameplay Programmer 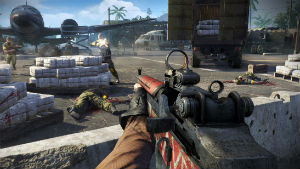 TRIALS OF THE RAKYAT

"Take some time to spot all the time-bonus-barrels first, and then plan your route accordingly. With the added time already on your pocket, get as most kills as possible to get to the top on the leaderboards!" Kevin Guillemette - Lead Game Designer