Rowling is bringing Pottermore, the online expanded universe of Harry Potter to Wonderbook with Book of Spells

Channeling 2010's Eyepet, Sony announced a new platform for PlayStation Move tonight with Wonderbook. A sort of delivery system for interactive storytelling, the big news in this announcement is Harry Potter author J.K. Rowling's involvement. Rowling is bringing Pottermore, the online expanded universe of Harry Potter to the platform with Book of Spells, an interactive wizarding simulation.

Players use an AR compatible tablet as the titular book and a Move controller as their wizard's wand to perform various magical actions. 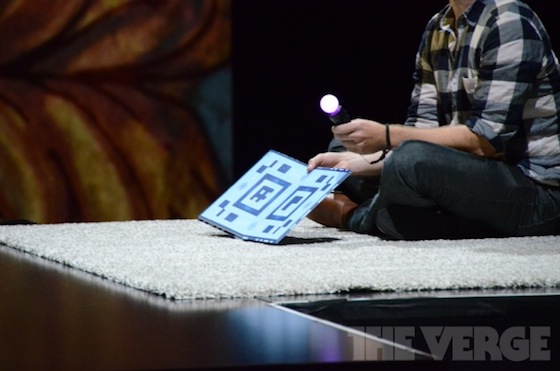 Sony also announced that Moonbot Studios, comprised of ex-Pixar veterans, will be contributing to Wonderbook with Digg's Nightcrawler. Wonderbook relies heavily on the augmented reality capabilities of the PlayStation Move. We'll find out if Harry Potter fans have found Move's killer app when it launches this fall.