Retro City Rampage asks the question: Can man survive on nostalgia alone? It's a game with more pop culture references than a Family Guy marathon.

The first 10-minutes are a thrilling, manic tour of yesteryear, with references nested within references, pulverizing your senses at an unsustainable rate. But nostalgia, as we gamers know especially, is a drug. The first hit's the strongest, and the remainder of Retro City Rampage is spent chasing that original high. 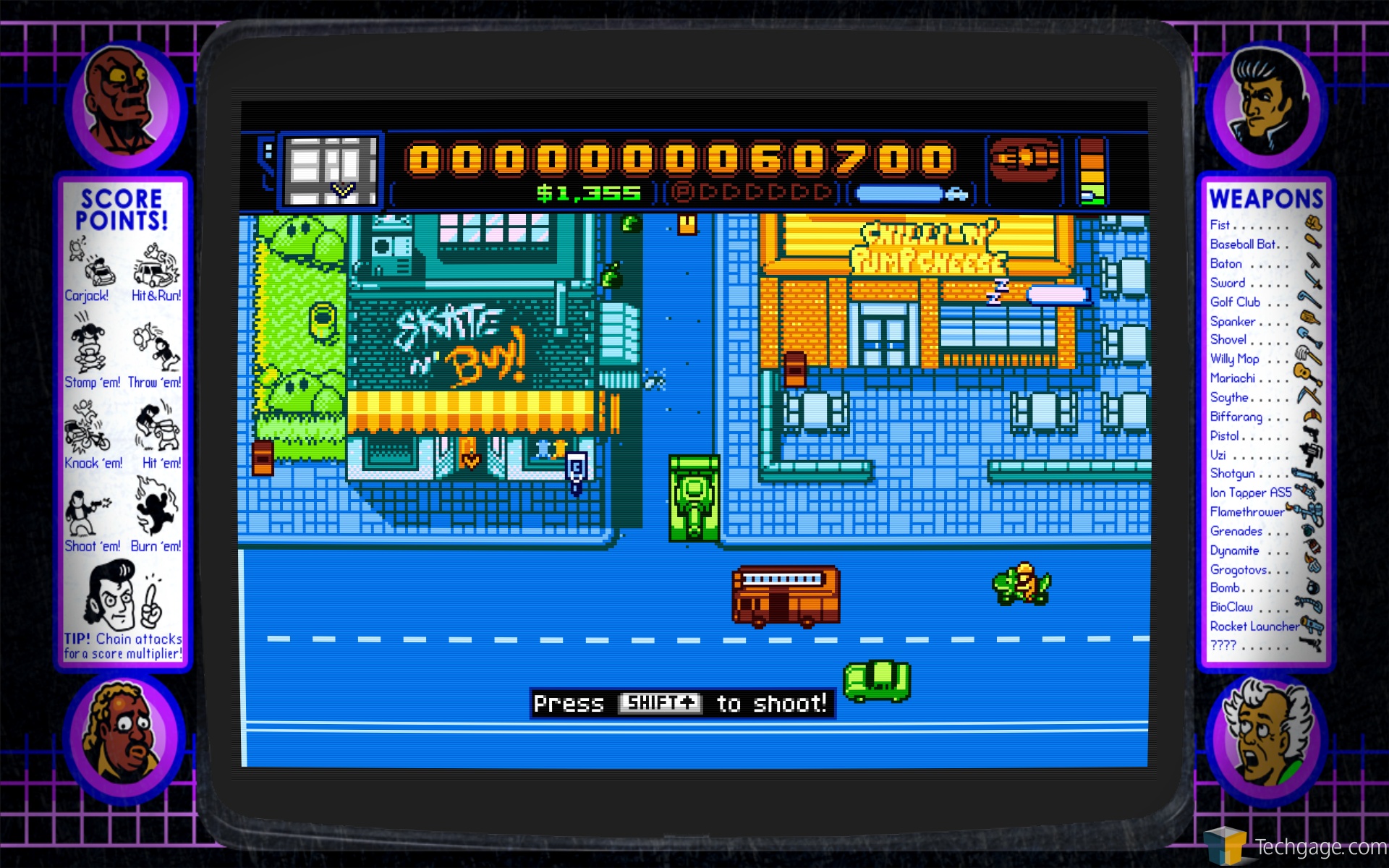 THE SCHOOL IS BORROWED FROM SAVED BY THE BELL, ITS MANSION FROM BATMAN

As the ironically named Player, a thug for hire, you cause mayhem, "borrowing" cars, shooting civilians, and committing a number of odd, illegal jobs. The setting, the city of Theftropolis in the year 1985, is built from the materials of our collective childhood memories. Its school is borrowed from Saved by the Bell; its mansion borrowed from Batman. Even the bike shop is owned by the trainer from Punch-Out!. Of course, to avoid copyright infringement, these characters and settings have slightly different names, but when you meet a squat mustachioed plumber, you know who he is.

The references extend far beyond sight gags and one-liners. The game's missions, dispensed by a would-be Doc Brown who's commissioned your help with creating a Delorean-like time machine, are snack-sized parodies of video game classics.Commando, Outrun, Tapper: I'd be more reluctant to spoil these shout-outs were the game not so densely packed, and a complete list would expend my word count.

With nearly every stage borrowing from a different game, the variety is impressive. The rub is many of the parodies are too superficial, or worse, are inspired by games that weren't particularly good back then, let alone now. The game tries to mitigate this problem with self-aware humor. Before a "follow a vehicle" mission, Player monologues about the tedium of the stage, that it is a tired cliche repeated ad nauseum in the open world genre. The joke is, to stave off boredom while following the vehicle, Player must pick up coffee from numerous vending machines. 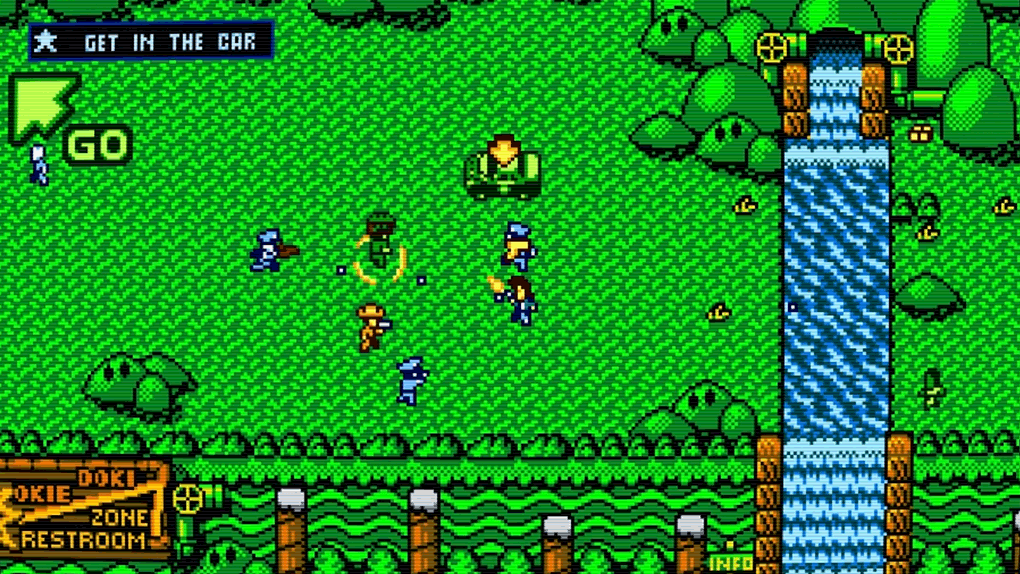 Justifying dull gameplay with a cheeky wink is funny the first time, but by the fifth, it is, as Player says, boring. The self-deprecation turns into self-fulfilling prophecy. a point driven home like a controller through a television screen in the game's final stages, which, like the final stages of many classic videos games, feel more like insipidly difficult chores.

The most disappointing aspect of Retro City Rampage is that the self-awareness is absent when it comes to to the deeply cynical central storyline. The lead villains are employees of a video game publisher with the malicious intent to fleece indie game developers of their hard work.

The critique has the intellectual depth of a message board post, and it's even more shallow as satire. By the story's conclusion, we learn the publisher plans to travel forward in time to steal the best video game ideas, and return to the present so that it might sell the stolen goods as its own. But isn't that the central conceit of Retro City Rampage, a game that takes us back to 1985, then recreates the classics in one singular, epic adventure? 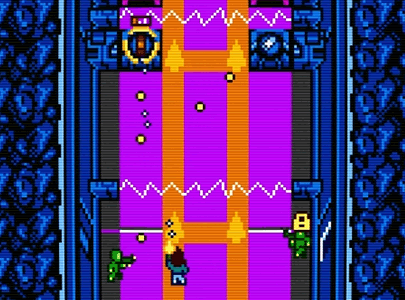 All of this is hostile and contrived, but once it was removed, I enjoyed my time in Theftropolis. The periphery of Retro City Rampage exudes a sense of community. An arcade has a complement of indie hits like Bit.Trip Runner, Meat Boy, andEpic Meal Time. There's a Destructoid Factory. The credits thank a number of developers, journalists, and yes, even a few people who represent the evil publisher side of gaming. And then there's the abundance of good humored nods to everything from Teenage Mutant Ninja Turtles to Degrassi, the shared touchstones of my generation. Theftropolis is a place I somewhat enjoyed spending time, and the free roam mode is perfect for that, handing the player a surplus of money and weaponry. I could spend hours butt-stomping cars and zapping passerbys with my trusty light gun.

RETRO CITY RAMPAGE PROVES IT'S HARD TO BE NOSTALGIC FOR NOSTALGIA

Unlike the many games it borrows from, I don't see myself returning to Theftropolis. Nostalgia is the driving force of most of its fun, but I can't be nostalgic for nostalgia. Retro City Rampage is like a trifle, one sugary layer upon layer upon layer. It's incredibly sweet and delicious, but the longer time you spend with the thing, the more the sugary goodness mashes into one consistent and familiar flavor -- not as great as any one of its individual parts.