Share All sharing options for: LittleBigPlanet 2: Extras Edition collects DLC on disc for Europe in February

LittleBigPlanet 2: Extras Edition, a new disc release featuring the game and DLC such as PlayStation Move content and costume packs, will be available in Europe in February, developer Media Molecule announced today.

The retail package will feature last year's Cross-Controller Pack, which lets PlayStation Vita owners use the device to interact with the PS3 game, as well as the Move Pack and The Muppets Premium Level Kit. Six costume packs will also be included on the disc, giving players plenty of options to dress up their Sackboys and Sackgirls for scampering through more than 7.5 million available user-created LittleBigPlanet levels.

Sony previously released a Special Edition of LittleBigPlanet 2, as well as a bundle including it and PlayStation Move controllers, in North America in November 2011.

We've reached out to Media Molecule for pricing information, and to ask if Sony has any plans to bring the Extras Edition stateside. We'll update this article with any details we receive. In the meantime, you can check out the box art below. 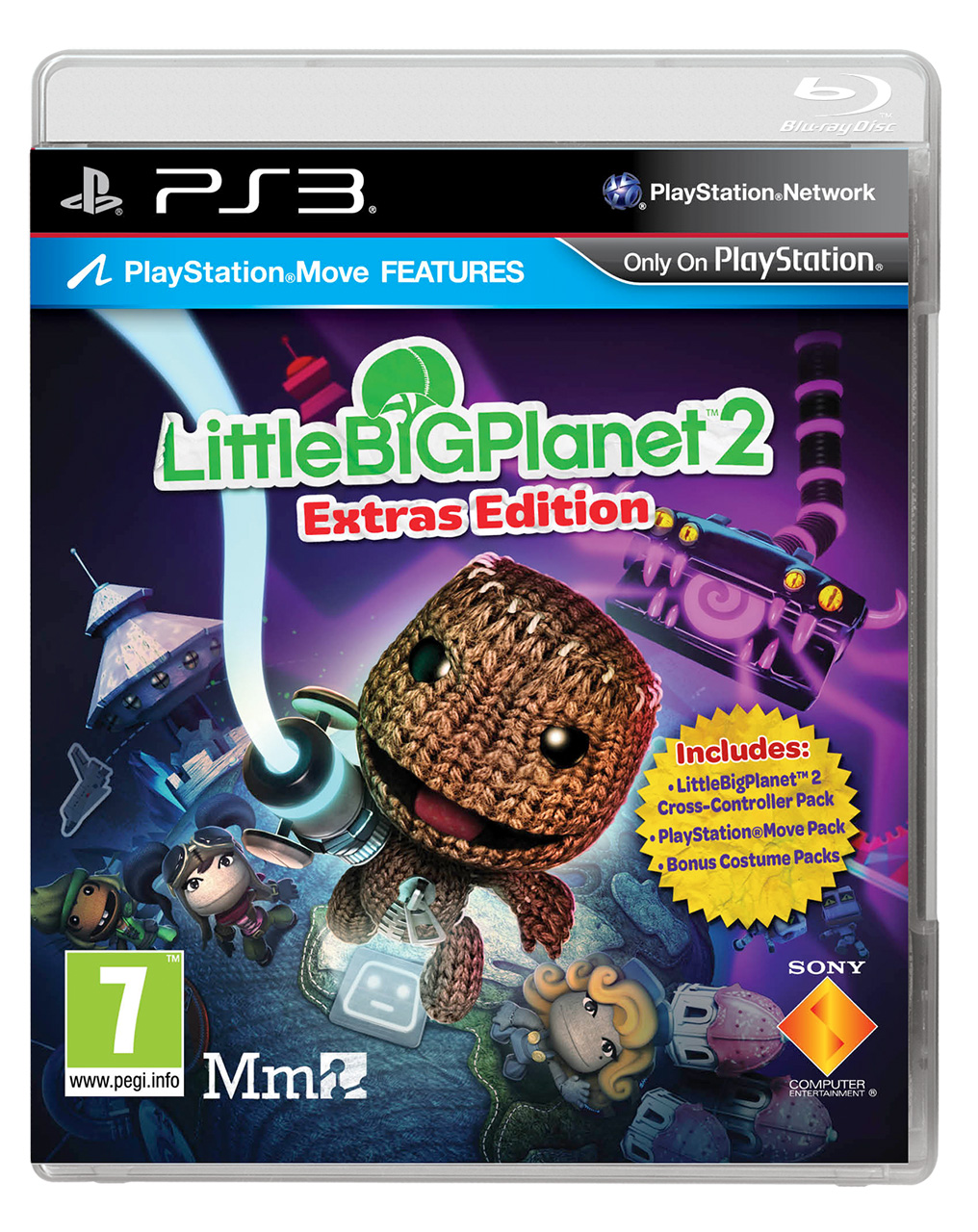