Metal Gear Rising: Revengeance is in development at Platinum Games, not Kojima Productions, and the new studio wanted to ensure that the game stayed true to the franchise's roots as well as the requirements of an action game, said character artist Cho in a post on the Platinum Games blog.

Cho, an artist responsible for designing enemies including cyborg soldiers, sub-bosses and bosses, characterized the aforementioned design tug-of-war as his biggest challenge, especially since he was following in the footsteps of Metal Gear character designer Yoji Shinkawa of Kojima Productions.

To discuss the design process, Cho explained his iteration on a cyborg named Mistral. Rising director Kenji Saito came up with the concept for Mistral: a woman with "tendril-like-objects [sic]" coming out of her that she could use in battle as whips. Cho decided to mold Mistral in the image of the typical female Metal Gear character — "a mysterious, alluring femme fatale with a tragic past."

Cho listed a few important elements of Mistral's design, although some of them changed over the course of the iterative process: a cyborg body, a "slightly sick-looking face" and "something somewhat perverse/weird." He also wanted a helmet, but that was nixed by Saito, who didn't want to hide her face.

Instead of tendrils or tentacles, Mistral's final design features two normal arms and fourteen additional "dwarf gekko arms" that she can attach or remove on the fly, depending on the weapon she wants to use.

Check out the full design below. Metal Gear Rising: Revengeance launches Feb. 19 on PlayStation 3 and Xbox 360. 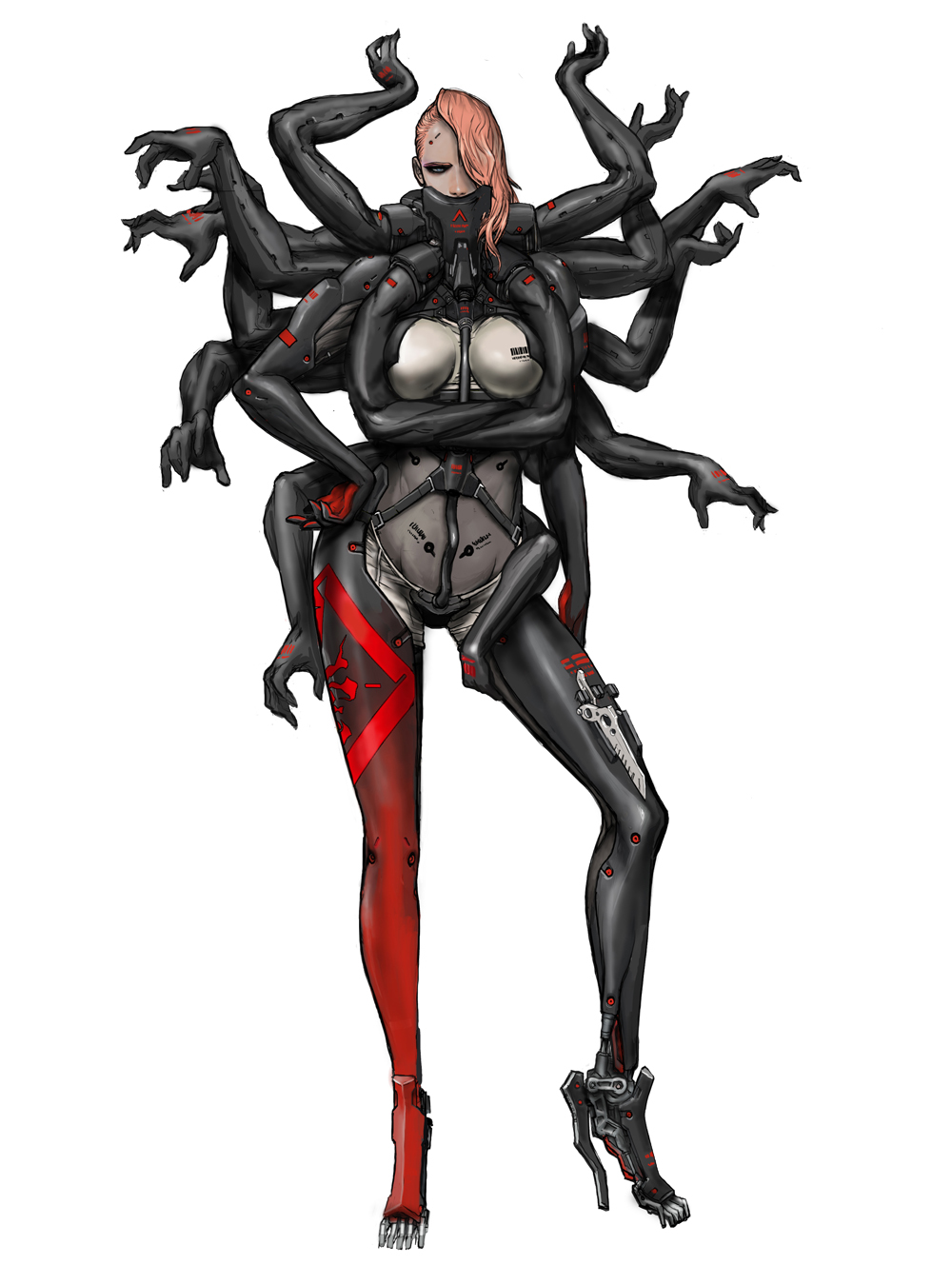