Anarchy Reigns brings back fond memories despite some problems

Anarchy Reigns is rooted in a different time — let's call it the '90s — when players didn't have the same expectations of retail games they do in 2013. Games pitted players against cars; combat relied more on movement and timing than massive combos and memorization; players embraced inconsistent art styles and crazy characters.

Many might assume a game doing these things in 2013 is stuck in the past, but Anarchy Reigns tackles them proudly.

In Anarchy Reigns, Platinum Games revives the hand-to-hand brawler — a '90s staple — with a heavy focus on multiplayer, throwing 16 fighters into the kinds of modes you'd expect from a modern online-focused shooter: deathmatch, capture the flag, survival, team versions of all of those, and a couple others like a rugby-style team sporting event.

It's impossible to separate the game's mechanics from its character roster, which is a kitchen sink of cyborgs, pig mutants, pimps, characters from MadWorld (and Bayonetta if you pre-ordered), and seemingly whatever else the designers could think up, giving players a fighter for whatever level of exaggeration they want. While many games these days create generic main characters to appeal to the widest possible audience, Anarchy Reigns goes in the opposite direction with characters full of personality and unique looks. 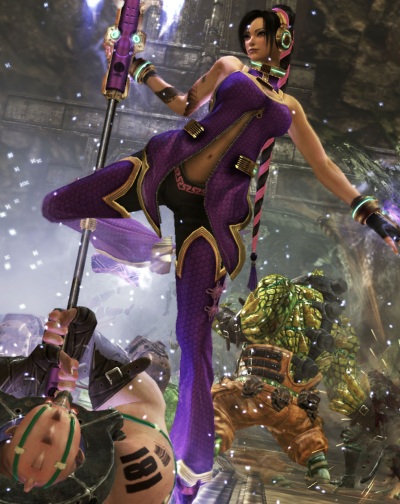 That personality, in fact, is a big part of the game's appeal — both because it has a bit of a nostalgic feel, and because it plays out in the game's combat. You rarely see a game go to these lengths to define characters through their combos, their charge attacks, and their throw animations. The game's combat does an excellent job mixing this personality with attacks that feel substantial and make it clear when and why you are getting hits in on enemies, and vice versa.

The game occasionally gets in trouble, though, when too many characters end up fighting in the same place at the same time. Some of the game's modes allow up to 16 players at once, but the larger fights get, the more likely things will get out of control. When more than three or four players converge on a given area, for instance, Anarchy Reigns can feel messy as you find yourself knocked out and ping ponging between enemies. As you learn the nuances, you realize you often only have time for a few hits on a given enemy before you have to change course. Combos here are frequently more about reacting mid-string than they are about getting the first hit in and going to town.

Depth comes from as much from the variety of playable characters as much as it does elaborate maneuvers for each, so while the game has lengthy combos, it makes you work harder for them than other single-player focused games tend to. At one point a couple hours into multiplayer, I pulled off a nine-hit combo and felt like I was starting to get the hang of things. I realized shortly after that it was going to be near impossible to repeat that unless I found someone alone on the map. 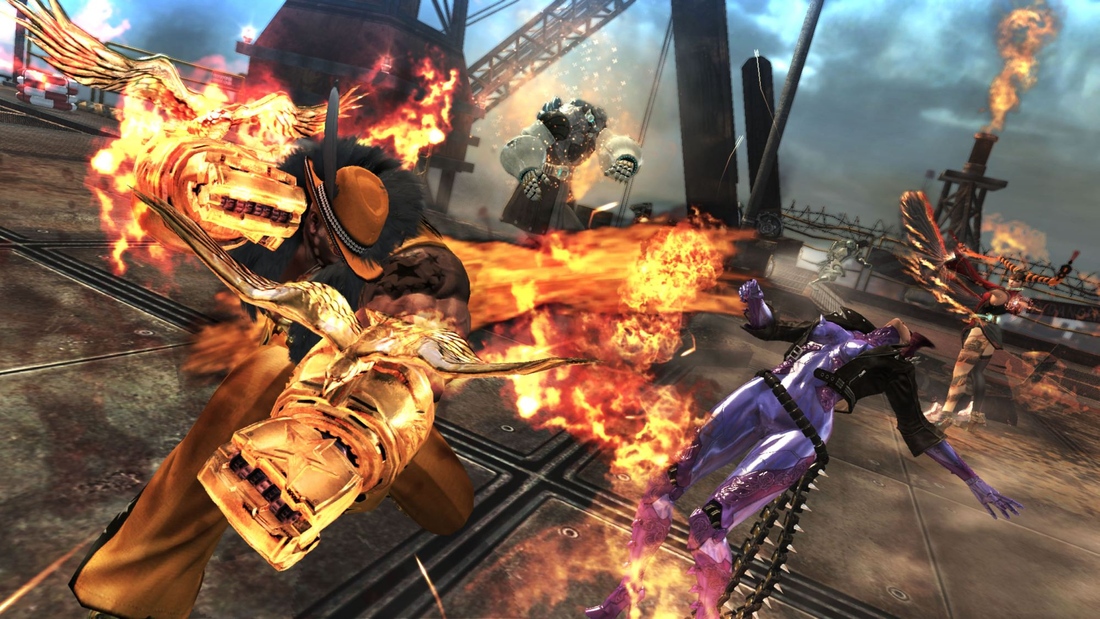 Thankfully, there are options to reduce the chaos. For a game that allows 16 players to all rush in on each other in a tiny area, you'd expect combat to fall apart whenever too many of those start swinging at once. But every player has access to a move that clears the immediate area if things get too overwhelming (which is especially useful while carrying the flag in capture the flag). You can also lock-on to a specific character if you want to focus your camera, and the evade moves work wonders for keeping things under control. Players who throw themselves into the middle of big fights are prone to getting knocked out quickly, but if you're patient and give yourself more room, Anarchy Reigns feels much more manageable.

While multiplayer is where the game is at its best, Anarchy Reigns also includes a single-player mode split into two campaigns — one starring MadWorld's chainsaw-arm hero Jack and the other starring new character Leo, a futuristic-looking soldier with energy blades attached to his forearms and calves.

In another '90s throwback, these campaigns feel like a recycling bin for the characters and environments used in multiplayer. Most levels are modified versions of the multiplayer maps; characters are crammed into a story where they don't fit; and levels repeat the same handful of mechanics over and over, while only occasionally offering unique boss fights or scenarios. The campaign structure is also designed to pad its length, with hub areas that force you to reach certain point totals before allowing you to take on more missions and separate campaigns for each of the two main characters but no co-op. After I had played for more than 10 hours, it seemed kind of ridiculous that the game would ask me to grind through more grunts before getting back to the missions, which themselves feature plenty of grunts and reused environment layouts. 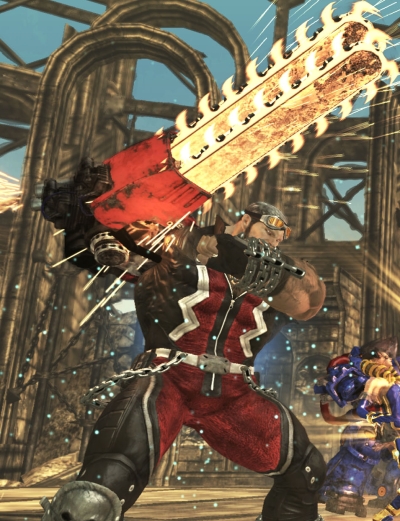 But the single-player remains fun because of the combat mechanics, which work well in a repetitive setting. You can shut off your brain to grind, or you can get more experimental and mess with enemies. Go in expecting something with huge combo variety and level design that feels like it was crafted specifically for its story and you'll likely be disappointed, but go in expecting multiplayer leftovers and you'll likely come away satisfied. The cut-scenes, which are almost out of place in how elaborate they are, also help.

Anarchy Reigns brings back fond memories despite some problems

Anarchy Reigns feels like it's from a different era. Platinum's '90s-style attitude and mechanics give it a nostalgic tone, while the online features and over-the-top presentation prevent it from feeling out of date. Though single-player is a weird mishmash of bland environments and repeated ideas, the combat system is fun even in those straightforward scenarios. The multiplayer modes struggle with crowd control, but the strong mechanics overpower those issues. Anarchy Reigns is the kind of game most companies don't make anymore; it's also good enough to deserve your attention.