The Book of Divine Wisdom, a tongue-in-cheek strategy guide for God of War: Ascension's multiplayer component that was written and drawn by Penny Arcade, is now available on the game's website.

The six-page guide includes an explanation of the game's four-on-four, Kratos-free multiplayer mode, along with tips on how to improve your character and lead your team to victory. It's all delivered with Penny Arcade's typical brand of humor in its words and art, as well as, of course, some salty language.

"With enough XP," the guide says, "you can hook up way-real twisted magic stuff.

"You can use that magic to kill people, sure. But you can also use it to roast up on some juicy-ass meats."

Ascension's developers at Sony Santa Monica are running an ongoing beta for the multiplayer mode; at the moment, it's available for PlayStation Plus users. Check out our impressions of the mode from E3 2012.

God of War: Ascension launches March 19 on PlayStation 3. Read the full Book of Divine Wisdom on the game's site, and see the full cover artwork below. 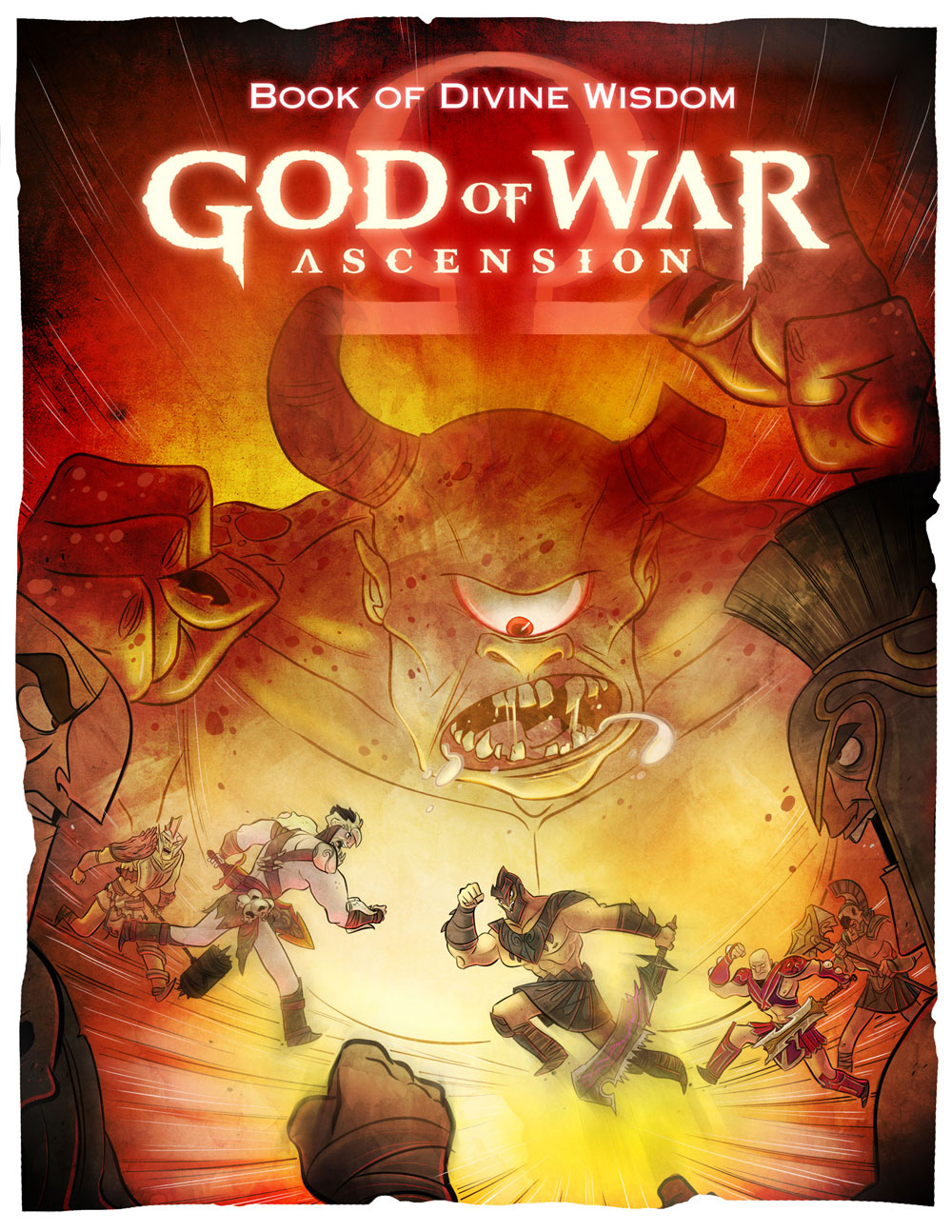