A new trailer for God of War: Ascension offers a brief look at the return of Kratos, which takes place six months after the death of his wife and daughter.

The trailer was posted by Aaron Kaufman of Santa Monica Studio, who revealed that a single-player demo would be available in February. Kaufman also posted an image of the final Collector's Edition package.

Those who purchase the Collector's Edition will receive a 6-inch Kratos statue, steelbook case, the game's official soundtrack, a 48-hour experience booster, PlayStation 3 theme and a PlayStation Network avatar pack. 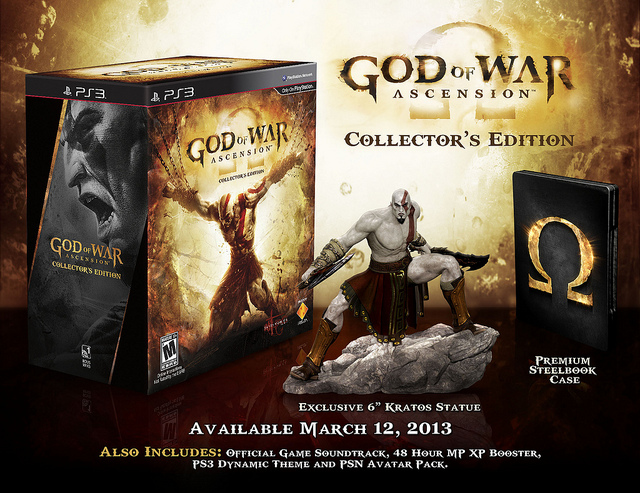 God of War: Ascension is slated for release March 12 as a PlayStation 3 exclusive. The game's multiplayer beta, which began Jan. 8, will end early next week.