“But Charlie, don't forget what happened to the man who suddenly got everything he always wanted,” Willy Wonka warned a bewildered Charlie Bucket as they rocketed out of the factory the boy had just inherited. “He lived happily ever after.”

Not so fast, Bill.

Ron Gilbert’s new side-scrolling adventure The Cave puts this most charming of cinematic endings to the test by asking what happens when those having their every wish granted are bad people? Like, really bad people.

The answer is a darkly comic morality play that unfortunately may have you eyeing the Exit signs before the show has ended.

There are seven possible spelunkers into the titular cave — which itself is actually a sentient observer that seems to equally delight in and despise its dwellers' misdeeds. The characters range from the inspired (a pair of murderous pre-teen twins that could have been lifted from Edward Gorey) to the lazy (a barefooted hillbilly, because what's more hysterical than poor people?).

You select a team of three to head into the cave, and each must obtain that which they desire most in a level specifically tailored to their special skill (the knight can become invulnerable, the scientist can operate computers, etc.).

Though The Cave may look like a platformer, locomotion is really just a means to an end, your timing and reflexes won't really be tested. The real challenge is all mental, like a classic adventure game without the cursor hunts and expansive inventory.

In fact, each character can hold just one item at a time, so your ragtag team is forced to work together. Perhaps your monk checks the administrator's workstation to find the launch codes while the adventurer inputs them several screens away — though you'll need a third party to find the real key to the puzzle. 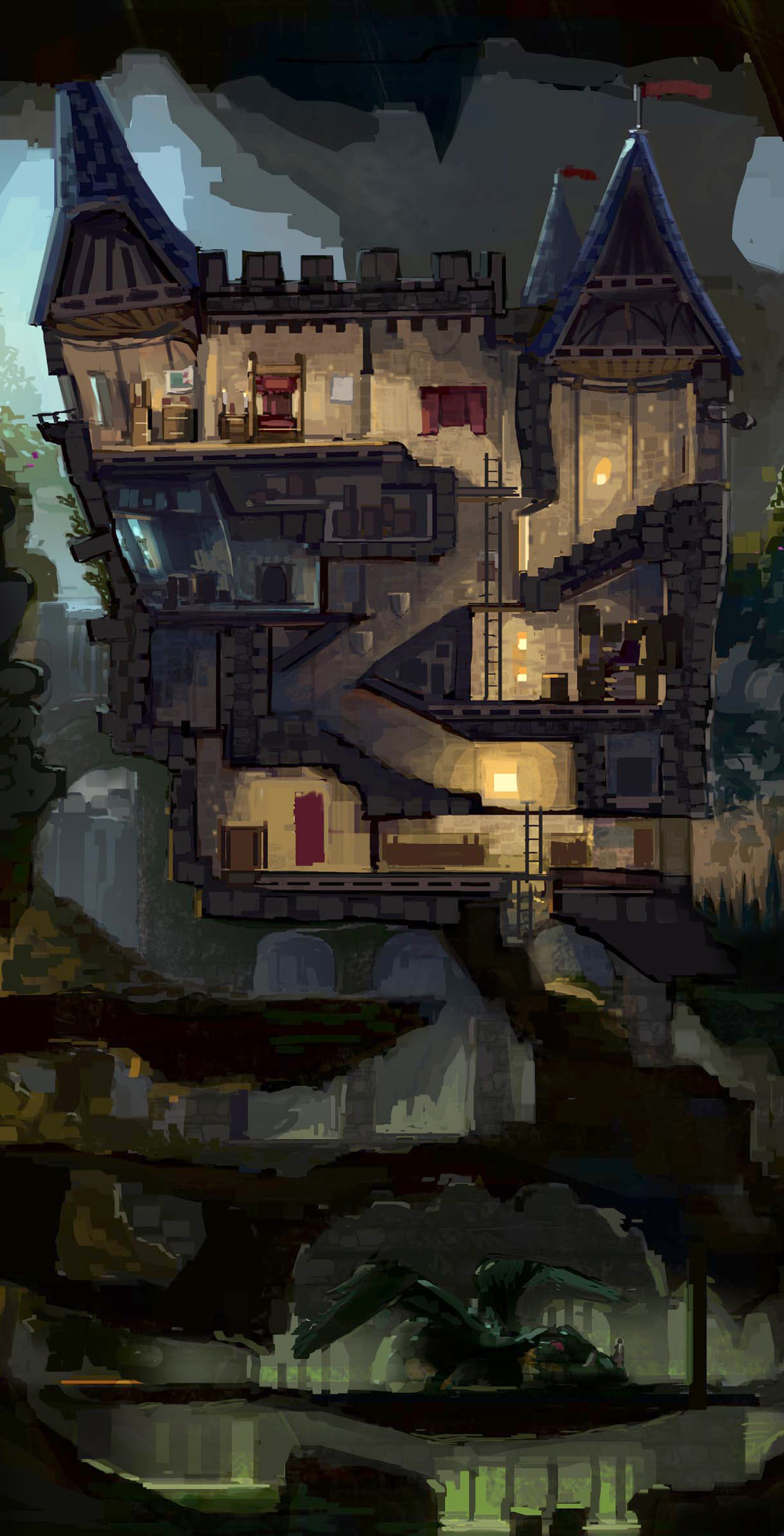 The Cave's positive elements are in a perpetual race against tedium

I'm loathe to spoil any of The Cave's really good puzzles if only because there aren't that many to go around. There are a few clever exceptions, but by and large, once you've explored a level, how you'll need to proceed is typically fairly clear. For a game whose only real challenge is cerebral, that's where the wheels start to fall off.

The Cave's positive elements, its plentiful charm, its sinister sense of humor, its lush animation, are in a perpetual race against tedium. Once you have the solution to a puzzle, there's the business of executing it, which typically involves a lot of backtracking to the location you remember seeing a particular item (no inventory, remember) or playing catch-up with the rest of your team (there's no way to call them to you, though they'll very rarely follow on their own). With no platforming challenge to speak of, these become rote exercises. 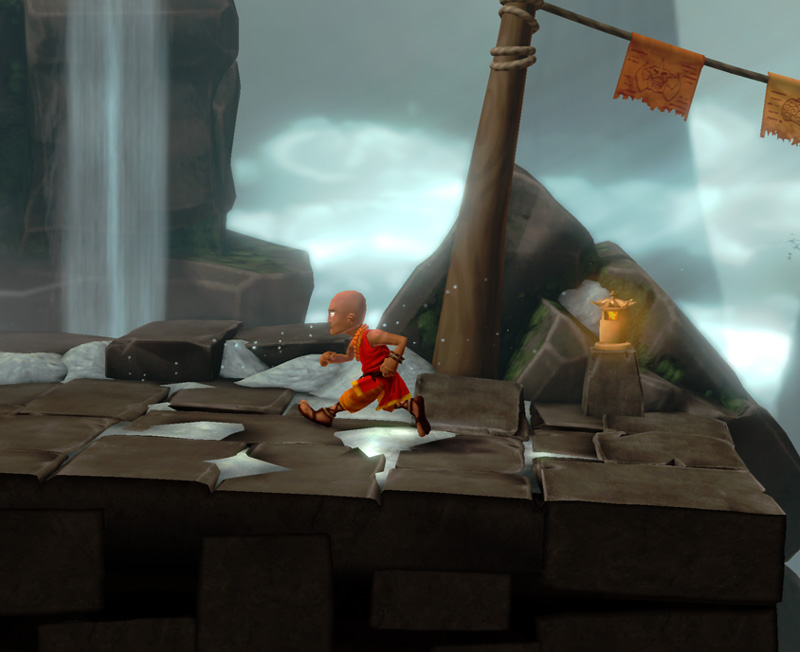 The Cave loses a few more strides to boredom when it frequently reuses solutions. In one level, you use a clever method to catch a stick of a miner's dynamite. It's cute ... until you realize you have to walk all the way back to the miner and do the exact same clever thing two more times to progress through the stage. Dull.

But the game's fatal stumble in the race against tedium is its structure. A journey through the cave (which usually takes around four hours) consists of your three characters' levels sandwiched in-between three non-character specific sections.

This baffling structure would drag down any game, but The Cave's good simply doesn't have the momentum to escape its pull

The problem: There are seven characters. So, to see all the content (and you'll want to, the character's stages are all wildly different) you'll need to play through the game three times. Not only does that mean repeating two of your character's stages (check the math), it means three trips through the generic stages. Seeing as you already know the solution, repeating any section is a completely mechanical exercise. That's bad twice, but the third run through is just drudgery. (I'm not positive on this one, but to get all the achievements, I'm pretty sure you'd need five playthroughs.) 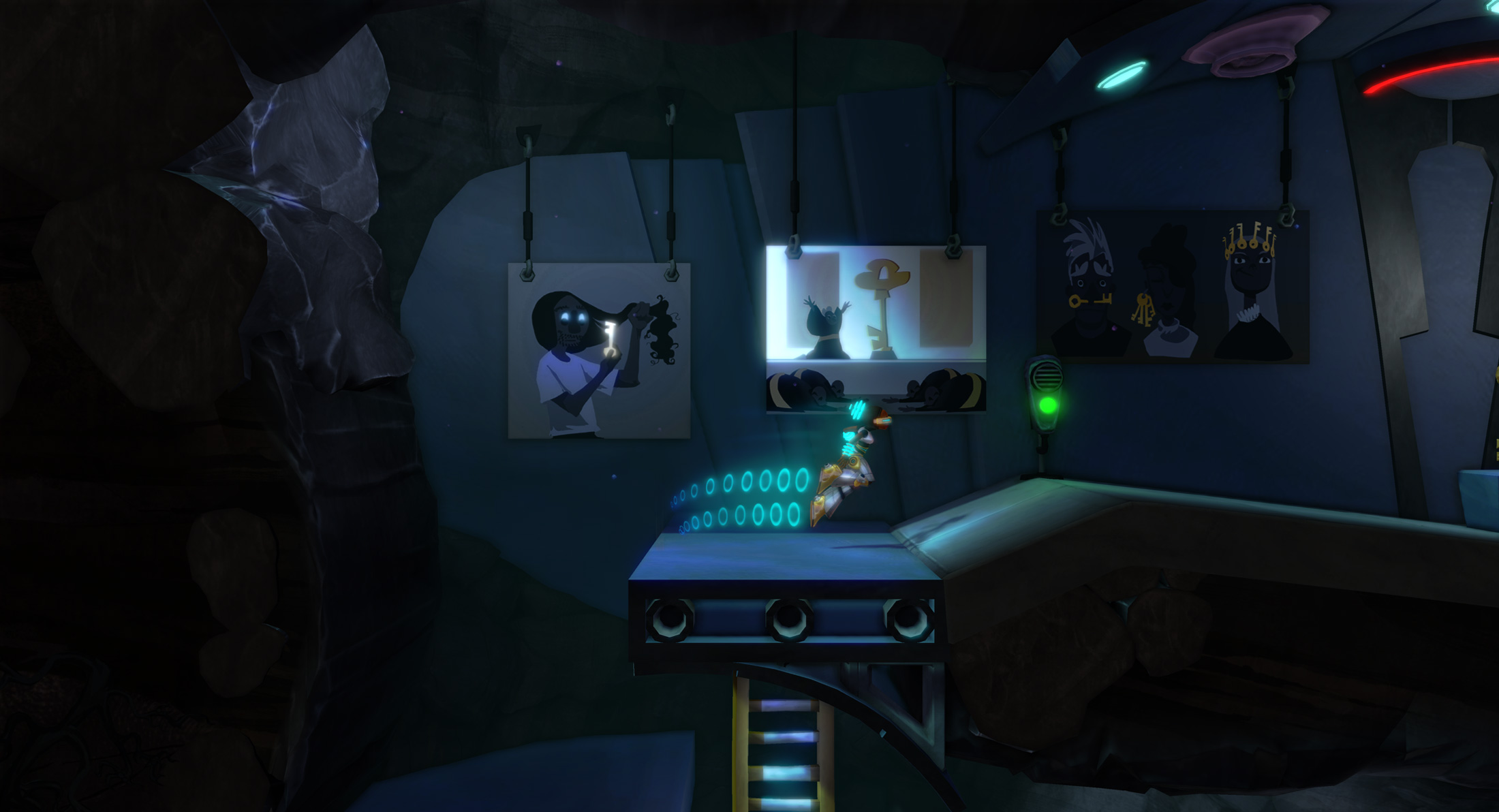 This baffling structure would drag down any game, but The Cave's good simply doesn't have the momentum to escape its pull.

It's amusing more than ever really funny (it thankfully avoids the gratingly desperate irreverence of Gilbert's DeathSpank), and it's self-congratulatory about its own darkness, which — in the grand scheme of things — is still fairly tame. The game has co-op, which is great, but no split screen, so the effect isn't much different than passing a controller around the room. Compound these with the thin puzzles and some occasional bugs, overlooking the tedium becomes all but impossible.

The Cave's lush production isn't enough to make it great

It may surprise you then, that Iâd still recommend a trip through The Cave. Itâs so refreshing to find a game thatâs trying to say something, even if that something is one of historyâs oldest cautionary tales. Thereâs plenty of lush production here, and enough charm that youâre certainly going to at least enjoy your first time through.

Who knows, maybe youâll even get a little perspective into the nature of man. But donât be surprised if even after youâve stopped dwelling on the The Caveâs lesson about the importance of doing good, youâre still stuck on how easily it could have been great.