Review and information for Dirt Showdown

Dirt Showdown offers something a little bit different than its predecessors.

In the racing genre split between arcade and simulation, the Dirt franchise has always fallen on the side of simulation, attempting to offer the most realistic portrayal of off-road racing it can muster. After three installments, the developers at Codemasters have grown damn good at it, peaking with last year's Dirt 3.

In Dirt Showdown, Codemasters infuses Dirt's simulation roots with arcade elements, blending the two racing game camps into one, but the result is muddy.

Dirt Showdown builds on a lot of what made the franchise so popular in the first place. It features an exquisitely well-crafted physics engine, giving players complete control over what the car is doing on the track. In an attempt to bring in a more casual fan base, Showdown controls much like Dirt 3 with most of the driver assists turned on.

You can take turns at near full speed without worrying about spinning out, for example, making it easy for newcomers to get into Dirt Showdown. Hardcore fans may miss the more in-depth options of last year's release, but I slipped into the simplified control scheme without any issues. Easier-to-learn controls aren't the problem - crashing is.

The Dirt franchise has always encouraged some friendly nudging on the track. Dirt Showdown goads players into far more than that. Players earn a nitrous boost by bashing into other cars (a first for the series), so there's incentive to run people off the road. But the mechanics of crashing in Dirt Showdown work against that incentive. 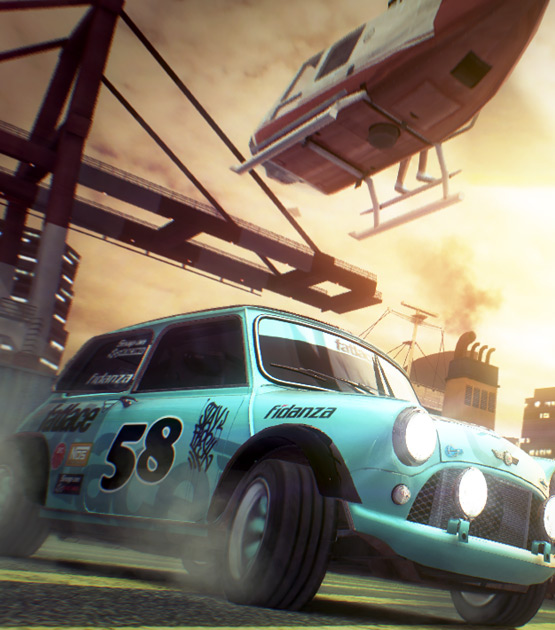 Burnout, a series that lives and dies by its crashes, has found a way to make collisions (even your own) satisfying. In Dirt Showdown,crashes feel like messy accidents. When trying to push someone into a wall, I often spun out from their momentum, losing position in a race. There are rewind options to get you back on track, but why not reward the aggressive tactics the game suggests?

Crashing plays an even more central role in a slew of modes outside of regular races. These match types include straight-up demolition derby battles, where you bash other cars into submission, and objective modes, where you knock enemy cars off a large platform to score points. But success in these modes feels arbitrary, often reliant on you being in the right place at the right time to do a perfect T-bone on an enemy car. Against normal AI, I lost repeatedly in ways that felt unrelated to my skill level. When half of your modes are focused on crashing, you better nail it. Showdown doesn't.

Dirt Showdown's multiplayer allows for up to eight players to take on all of the game's modes online in team or free-for-all variants. Many of the game's crash modes become more enjoyable when you hear someone squeal after ramming into them, but playing with humans doesn't remove the impression that the winner is determined by luck alone. Races require more skill, but crashes often end up determining the winner there too. As a fun, mindless party mode, multiplayer is good for a couple hours, but serious competitors will likely want to return to Dirt 3 as quickly as possible.

Crashing is not part of Dirt Showdown's Gymkhana modes, at least. For those unfamiliar, Gymkhana pits racers against each other to pull off ridiculous stunts on narrow, specially-built tracks - over-the-top activities such as drifting around a hairpin turn, pulling a doughnut around a pole or jumping off a ramp.

Actually that's it. Those are really the only three stunts you do in Gymkhana. The mode first appeared in Dirt 3 and remains basically unchanged in Showdown. It's so far removed from the rest of the game that one can't help but wonder why it's even here. The lack of variety in objectives (again, just doughnuts, drifts and jumps) makes all of the Gymkhana modes feel redundant.

Dirt Showdown's presentation doesn't help with its experimental blend of simulation and arcade design. The blend of house music and emo falls flat, and the game's commentator - who spits out zingers like, "Celebrate the insanity!" and "I guess they think driving straight is lame!" - may make you regret having ears.

Bringing a more casual racing audience into your franchise by blending arcade and simulation elements is a fine goal, but when it's done with a jackhammer instead of a scalpel, bad things happen. Dirt Showdown still contains the brilliant driving mechanics of its ancestors, but it's hampered by half-baked design decisions at every turn. Better luck next year.

Our review of Dirt Showdown 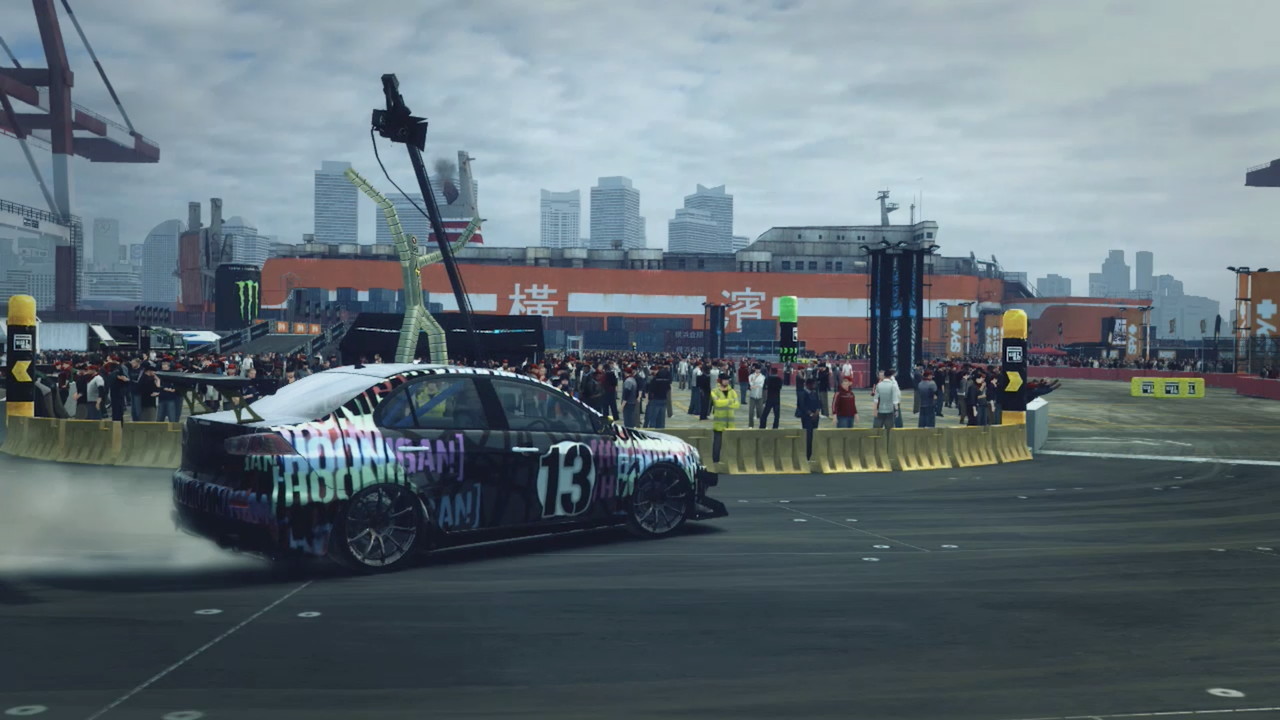