Legend of Grimrock is one of those indie titles that unabashedly stokes nostalgia for a long-lost niche genre.

Every design decision recalls elements of Might & Magic, Dungeon Master, and Wizardry. The inspiration is obvious looking at the two PDFs included with the game: a lengthy, lore-laden manual of the variety that no one makes in 2012, and Grimrock-themed graph paper with which particularly hardcore players can map out the dungeon by hand.

Anyone without a fondness for classic CRPGs will be hard-pressed to see the appeal in Grimrock's old-school focus. I have that affection. As a kid, I spent hundreds of hours mapping out every corner of Might & Magic III: Isles of Terra. I put up with confusing quests and strange, seemingly hateful game mechanics, happy to be pulled into its vast fantasy world. But despite my sentimental memories of the games I grew up with, Legend of Grimrock has left me wondering if I still have the level of patience I did back then. 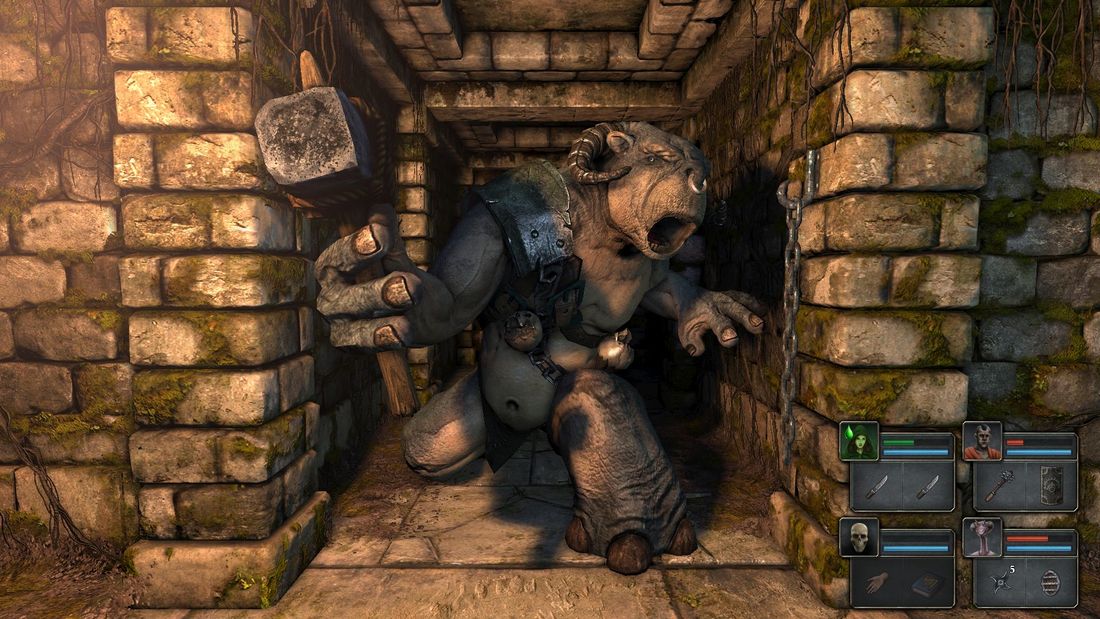 Legend of Grimrock begins with four unarmed prisoners being pushed into a dungeon atop the titular Mount Grimrock. The archaic laws of this generic fantasy land state that any prisoners to escape from this 13-floor dungeon will be forgiven their crimes and set free. Legend of Grimrock challenges you to be the first. A few interesting twists occur as you descend the spire, but for the most part the brief opening cut scene is the only plot you'll receive or need in Grimrock.

From here you can choose to set out with a pre-made party or craft your own. Though Legend of Grimrock has a few unique character creation options — minotaurs and insectoids are offered as surprising race choices — classes are limited to the three most basic RPG stand-bys: mage, rogue, and fighter. With minimal room for adjusting stats and only a handful of bonus traits to choose between, only the most obsessive min-maxers will find a serious reason to deviate from the starting team.

Dungeons are laid out on a grid, with the party essentially stuck on a rail that carries them a full square for every movement. You can walk forward, backward, left, or right, but no diagonal movement or anything out of the strict square layout is allowed. Despite this classic style of movement, enemy encounters are not turn-based. Enemies pursue and attack in real-time; I often found myself scrambling to equip the right weapon or select runes to cast a spell when caught up in the game's frequent surprise encounters. Figuring out the best order to attack and waiting for cooldowns between each sword swing evokes the rhythm of the myriad games that inspired Legend of Grimrock without aping them entirely, and I enjoyed it at first.

Unfortunately, it doesn't hold up for the whole trip to the bottom. By floor five or six, I began running into foes like ogres and fireball-shooting elementals that were impossible to stand toe to toe with. At these points, strategy shifted from choosing the correct spells and items to non-stop kiting.

Since most enemies can only attack while standing on a square adjacent to your party, the only feasible way I could survive these encounters was by pulling off an attack, side-stepping away, and repeating when the monster repositioned itself. After going through these motions a few times, I stopped feeling like I was cutting down blood-thirsty creatures — I was just outsmarting goofy artificial intelligence.

The designers also show their hand a bit too much in the obtuse riddles you'll have to solve to continue moving through each level. Virtually every puzzle in Legend of Grimrock involves manipulating levers and buttons, avoiding pits and death traps, navigating teleporters, or some increasingly complex combination of all of those.

Is that a fungas? 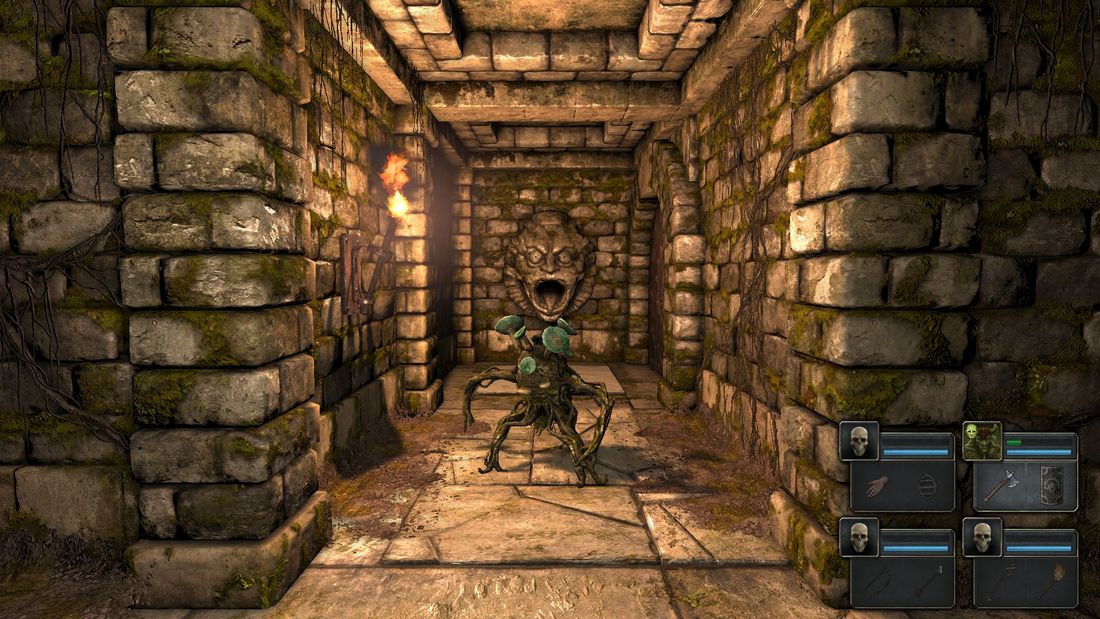 Developer Almost Human has a keen eye for crafting these conundrums, and occasionally solving them made me feel brilliant. In one memorable instance, I had to activate a floor switch by throwing an item through a teleporter. I spent half an hour tossing items of various sizes — stones, throwing daggers, scrolls, even pieces of armor — only for all of them to land just short of the switch. Though my eventual solution probably should have been more obvious to me (spoiler: ammo travels further when propelled by a bow and arrow or sling rather than thrown by hand), I still felt like a genius when I figured it out.

But for every puzzle that rewards experimentation and inventive thinking, there are a handful where you're supposed to find a button blending into a random panel of the dungeon's wall. One particularly annoying teleporter maze stumped me for upwards of an hour before I discovered a hidden button that opened the path directly to my objective. Since the game rarely establishes whether any given puzzle can be reasoned out with what's immediately visible in the room, I eventually trained myself to scan every wall for camouflaged switches — which isn't fun or rewarding.

THERE'S A SPACE FOR GRIMROCK'S UNCOMPROMISING DUNGEON DIVING, BUT IT COMES WITH SOME BAGGAGE

The Finnish team at Almost Human has done a remarkable job of capturing the atmosphere and gameplay that made computer RPGs of the '80s and '90s so wondrous to sink time into, but even if you prefer that style of game to modern releases, it comes with some baggage. Playing Legend of Grimrock forced me to be honest with myself about those old-school experiences. For as many fond memories as I have, I wasn't able to return to the quirks and frustrations of this genre without flinching. I believe there's a space for Grimrock's style of uncompromising dungeon diving, but it's going to require a bit more finesse to operate beyond the realms of nostalgia.