Between new factions, new units, and the return of religion, Gods & Kings might be what Civilization V was meant to be all along.

I've been playing Civilization V: Gods & Kings for weeks and still have no idea what to call it.

Gods & Kings is an expansion to Civilization V, but then again, it isn't really. The sum of Gods & Kings isn't what one would typically expect of an expansion, yet it does contain all the parts. It doesn't simply add on extra content to an already existing game, merely extending the familiar experience of playing. Yet it does add new content - lots of it - and does extend the experience of playing. It's just that that experience becomes something completely different in the process.

Playing Gods & Kings feels very much like playing Civilization V, yet it is in almost every way a dramatically different game. It is an expansion in a sense more true than that phrase has even been applied.

Let's start with the basics: There are nine new civilizations to play as or against, nine new wonders to construct, 27 new units to deploy (nine multiplied by three - creepy), and a variety of new resources (I didn't count). This is the heart of what one would expect from an expansion, and Gods & Kings does not disappoint.

There are also three new or altered game mechanics. This is where shit gets serious.

Let's take the civilizations first. Each carries a unique attribute and at least one unique unit, adding further variety to a game that wasn't exactly lacking in it. The Carthaginians, for example, get the unique War Elephant unit, which is about as awesome to play as it should be. It is fast, powerful and massive. During the brief time I played as Carthage, my elephants were never defeated (although they were quickly rendered obsolete by more modern units). Carthage also receives the ability to cross over mountains. On maps with large mountain ranges, this ability alone could turn the tide of a nasty battle, as it historically did for the Carthaginian armies.

Civilization's heart has always beat in the haze between simulation and action gaming. In a game where you can simultaneously craft an empire across centuries, evolving technologies and building cities one lighthouse, bank and SAM missile site at a time,and engage in battle at the micro, unit-to-unit level, tailoring the pacing of both aspects of play has always been the trick. Some versions of Civilization have fared better at this than others. Purists would argue that this balance has never been more perfect than it was in Civilization II. Who would I be to argue? The good news for those purists is thatGods & Kings moves the ball down the field.

Building on the strategy-minded improvements from Civilization V proper, Gods & Kingstakes it one step farther - arguably the wining step - bumping the combat system from a 10 point to a 100 point scale. Units are not substantially stronger or weaker, but interactions have become deeper. Instead of dealing two damage points and having seven health (for example), a unit may now deal 23 points and have 78 health. It's a deceptively simple change that has massive repercussions in how the game plays out.

For one thing, battles last longer, and units, previously expendable, are now much more upgradeable. I played through an entire 350 turn game and carried roughly a dozen units all the way from beginning to the end, upgrading with new technologies and promoting with combat bonuses along the way.

I found that this made me carefully consider each engagement, and I became more reluctant to sacrifice units. I began to think strategically, gathering large numbers of different unit types and moving them more thoughtfully across the board. This, as opposed to how combat would typically play out in Civ V, where the center of a line would break either way and a single, powerful unit could easily conquer a kingdom.

Combat is more engaging throughout the game, but dramatically so in the later stages, with modern units. In Civilization V, once modern technologies had spread, combat typically became an exercise in tedious logistical maneuvering with very little payoff.

Gods & Kings keeps that ball in the air a lot longer, making storming across continents with modern armies (or the new "Great War" units) as much fun as rampaging across the ancient era with horsemen and archers. 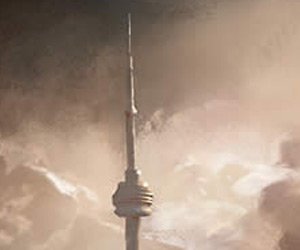 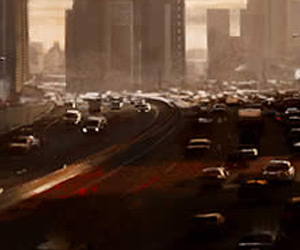 Religion has also been reintroduced, and it's not the half-assed "pick from a list and watch the game do stuff that doesn't matter" religion system in Civilization IV. In Civilization V: Gods & Kings, you don't merely choose a religion, you build one out of a set of core beliefs. The core of the system is accumulating and spending "faith." Faith works as a yield item, like gold or culture and it is accumulated in a variety of ways. Accumulate enough faith and you can start selecting beliefs, add to them over time, and finally establish a religion of your own choosing. You can also cash in faith to purchase buildings or, with the right belief, units. The more cities following your religion, the more faith you can accumulate, which can make it a very powerful tool for world domination.

I founded my religion, The Church of the Holy Bubbanites, early. I spread it, well, religiously. By the end of the game, I was cashing in faith to add Holy Bubbanite Warriors to my massive, global army, decimating all who stood before me in the name of the Holy Bubba. It was glorious, if mildly unsettling. It adds a new layer to world interactions and provides just one more way to conquer the world.

The third major upgrade in Civilization V: Gods & Kings is the new espionage system, which, while fun, doesn't see as much of a massive overhaul as combat and religion. Periodically, you will recruit agents who can then be sent to cities of your choosing. Inside your own cities, they will work to thwart agents of other civilizations. In city-states, they will rig elections to enhance your influence, or stage coups. In cities of your enemy civilizations, they will steal technologies and gather secrets you can then share with other Civs.

It's a nice though largely passive addition, which is why it feels somewhat limp. Espionage in Gods & Kings is as good as it's ever been, but it's probably a sign of the expert execution of the various other enhancements in Gods & Kings that it feels weak.

Gods & Kings feels like what Civilization V wanted to be all along. It doesn't so much "expand" the game as evolve it. Strategic combat finally feels strategic, and the diplomatic game, enhanced by religion, espionage and a few new tweaks, finally matters. Managing sprawling armies is still a chore, and the end game still gets bogged down in micro-managing city improvements, but the new mechanics combine in a way that feels simultaneously new and rapturously familiar.

Players coming in cold may still get bogged down in Civilization V's unique (and minor) missteps, but Gods & Kings represents so much of an enhancement over the core game, Firaxis could have added a new graphics engine and shipped it as Civilization VI. With a load of new civs, units, wonders, resources, mechanics and scenarios (I heartily recommend "Into the Renaissance") Civilization V: Gods & Kings is all that and a bag of deities.